by Beth @ The First Year // February 29, 2016
Jump to Recipe
Jump to Recipe
Rainbow Smoothie with a beautiful 7 layer rainbow! Full of tons of fruit and topped with a fruit skewer, it’s the ultimate rainbow smoothie! 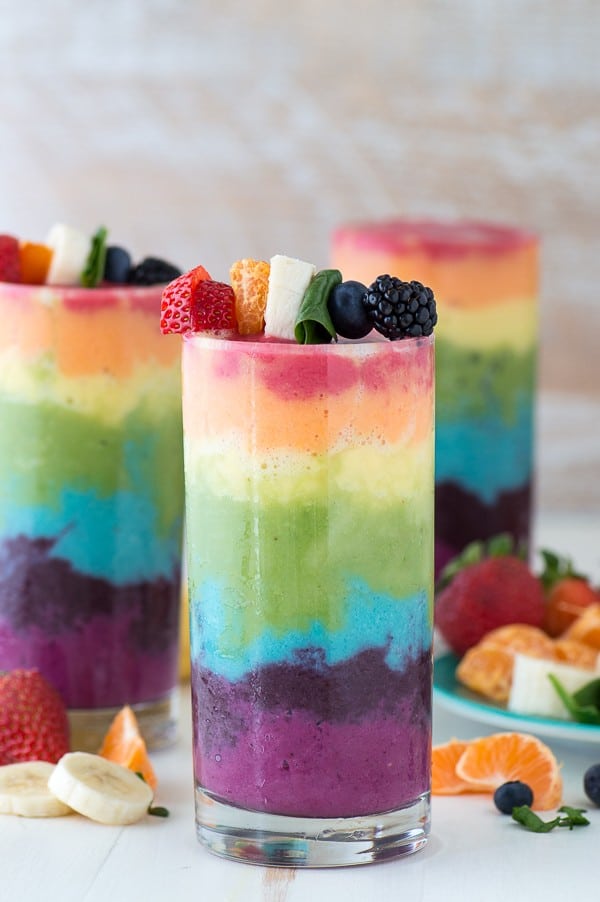 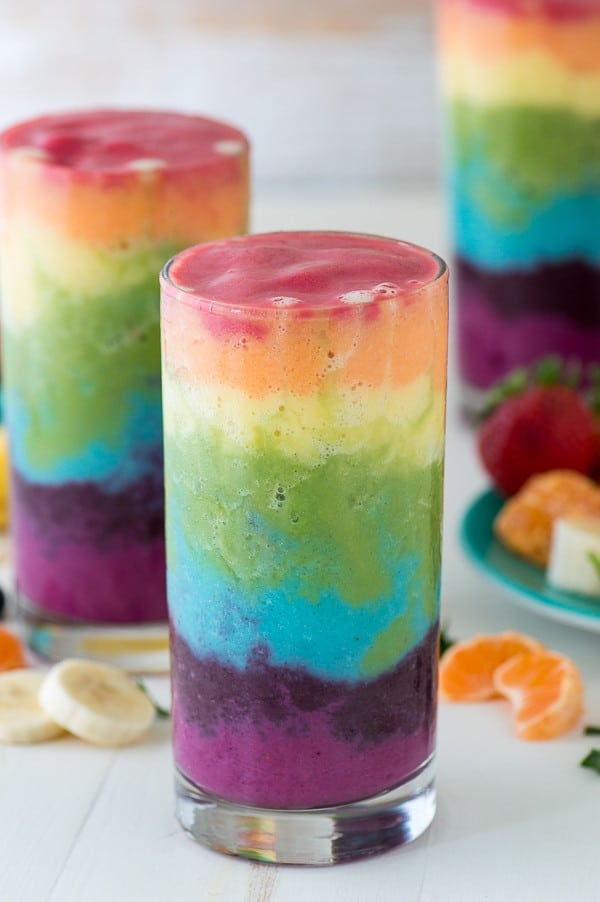 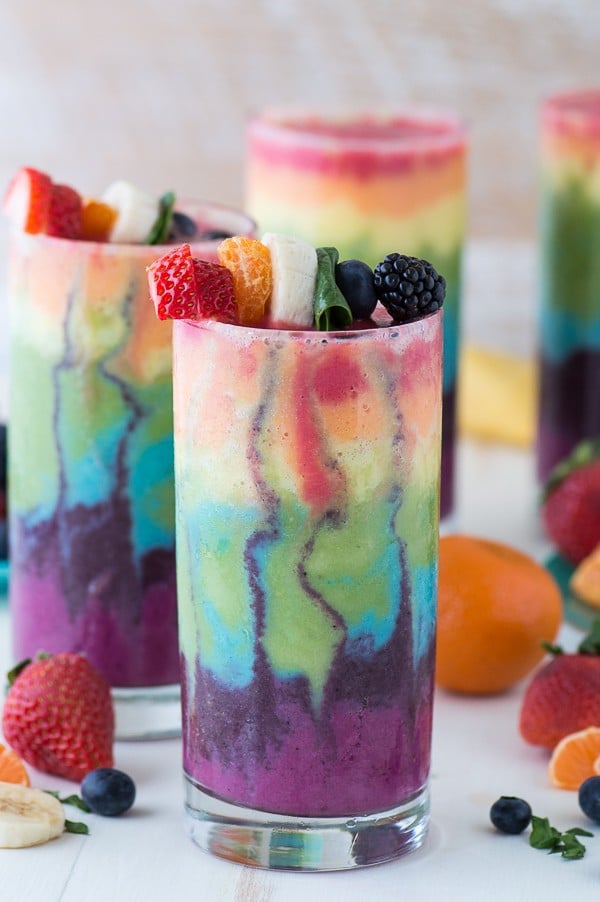 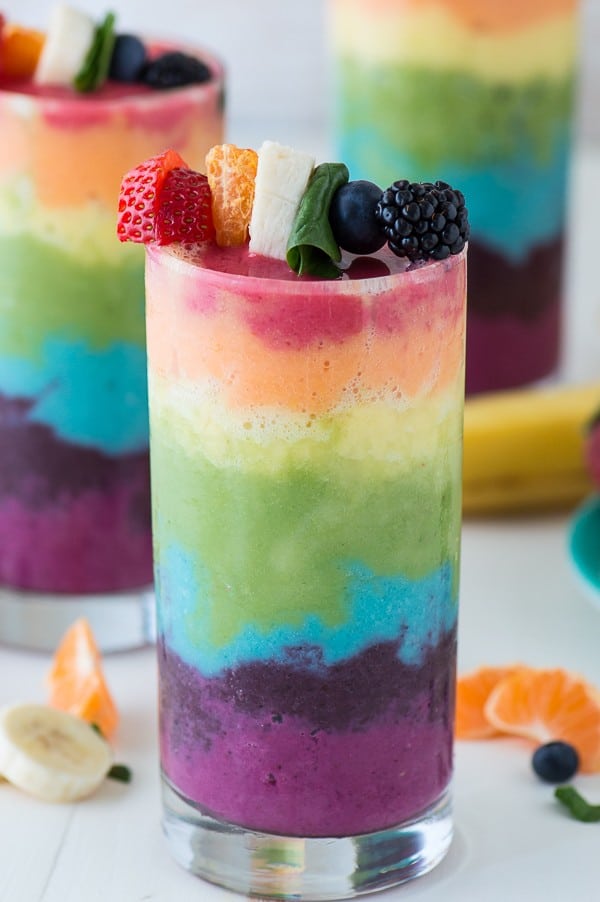