Sometimes I dream about making buttercream when I’m sleeping.. it’s become that natural! It’s kind of like brushing your teeth when you’re half asleep :)

But I didn’t always know how to make buttercream. Before I learned, I thought it was one of those super secret baking techniques that only skilled bakers knew. Like Martha Stewart. I even thought there was a specific recipe I needed to follow. I was so wrong!

Any skill gets easier and becomes more natural with practice. Learning how to make buttercream is a great skill to have because it opens tons of doors in terms of flavors and pairing with cake. 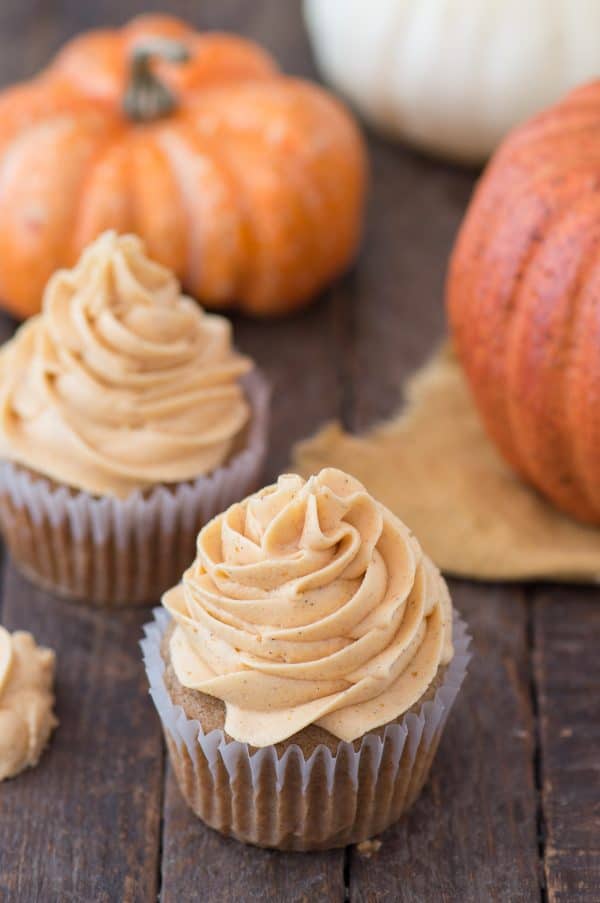 Today we’re sharing a recipe for pumpkin buttercream. But you don’t really need to follow the recipe to a T. Add more or less powdered sugar or pumpkin pie spice depending on what you like. Use all butter or a combination of butter and vegetable shortening.

But for all of those people out there who like following a recipe exactly, you can do just that! 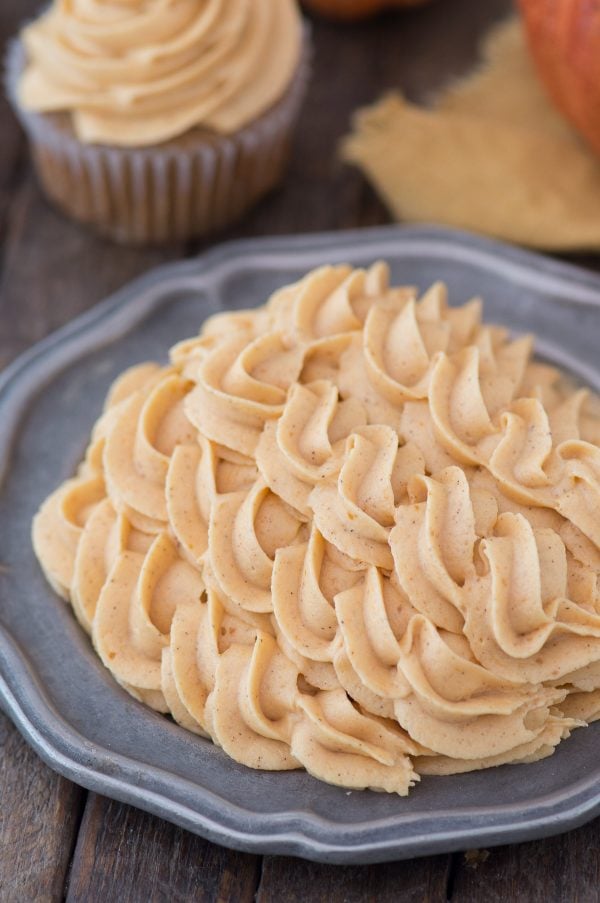 Buttercream is very easy to make and it’s adaptable, so even if you do mess up, you can easily fix it!

Let’s talk over a few common things that could occur when making pumpkin frosting..

1. Oh no! My buttercream is too wet and just flops over!
Solution: Add more powdered sugar, 1/2 to 1 cup at a time until the buttercream is loses that glossy look

2. Ekk! My buttercream is too thick, it won’t easily come out of a piping bag!
Solution: Add more pumpkin puree. Since pumpkin puree is naturally moist, that will help put some moisture back into the buttercream.

3. Sheesh! This buttercream is dangerously good.
Solution: Put it on everything :)

Now onto the butter vs vegetable shortening debate..

However, you can use all butter – which I do frequently too! 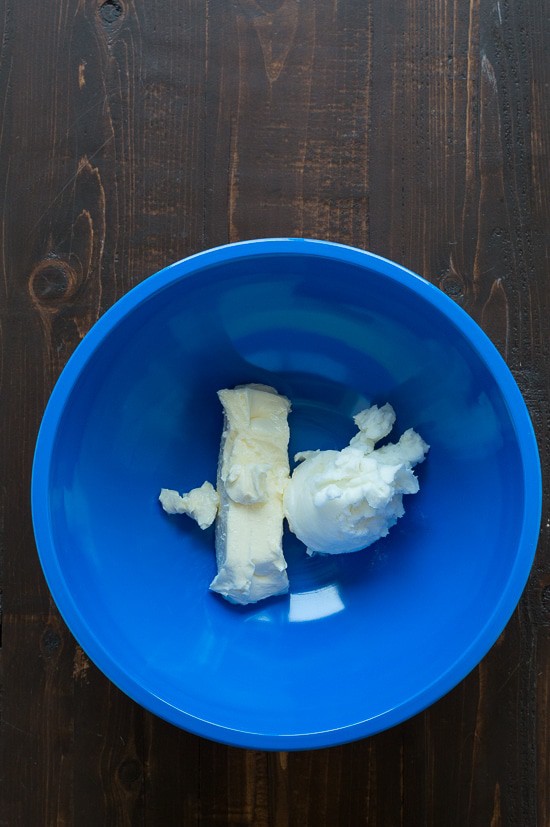 How to make pumpkin frosting

Start by placing room temperature butter (and vegetable shortening, if using) into a mixing bowl. Beat using an electric mixer until smooth and creamy, 1 minute. 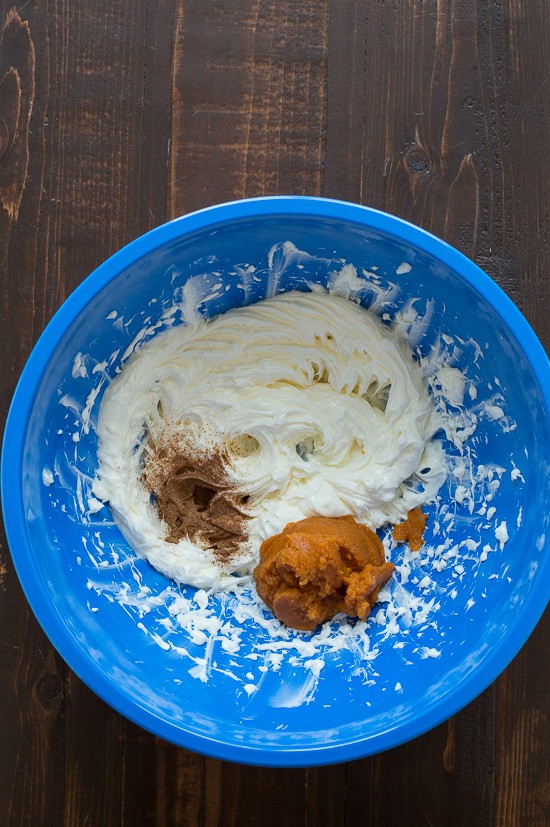 Add in the pumpkin puree and pumpkin pie spice. Mix using a spatula. 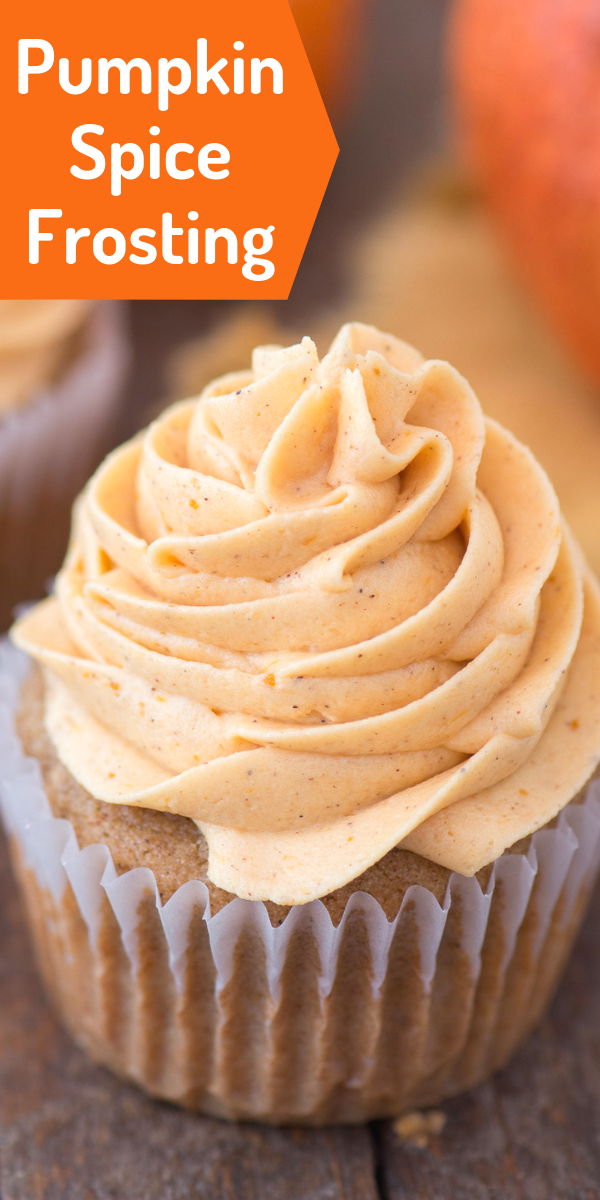 For a step-by-step of how to make this pumpkin buttercream recipe, watch this short video:
https://www.youtube.com/watch?v=pR6T1IghF9M
Continue to Content