by Beth @ The First Year // July 30, 2018
Jump to Recipe
Jump to Recipe
The most delicious doctored up HONEY BUN CAKE mix recipe! Easy to make with a box of cake mix, and with swirls of honey, cinnamon and brown sugar! Awesome breakfast cinnamon cake. 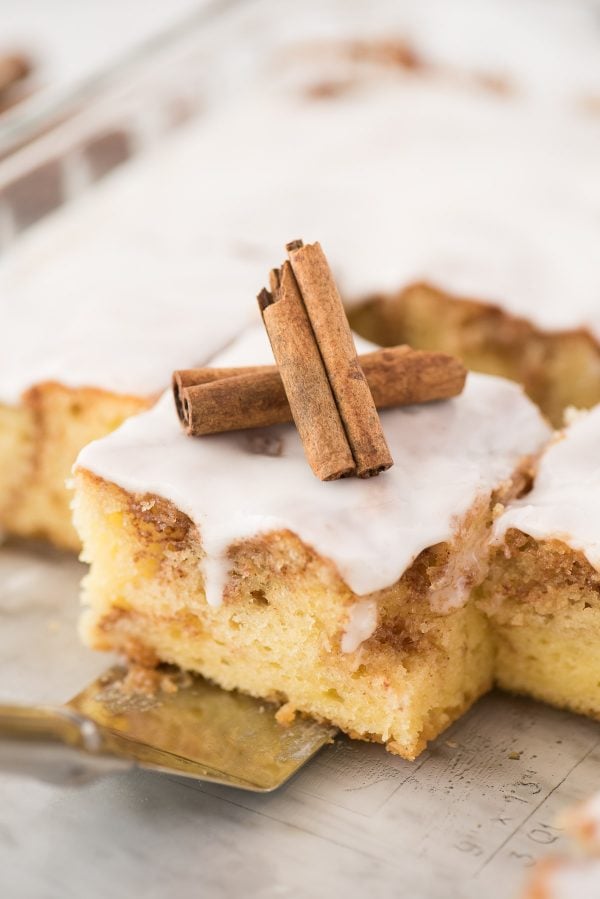 Ever since moving to Michigan I have become a huge fan of garage sales.

We went from living in a 600 square foot apartment to a 3 story house, so we’ve been acquiring furniture to fill this house! New furniture can be so expensive so it’s been fun to find used pieces. And I totally agree that furniture just isn’t made the same way it used to be. So usually when I find a used piece, it’s better quality than what I could afford new.

PLUS I love a good deal. I got 2 sitting chairs and a coffee table for $40. I hit the jackpot there. And we bought a globe on a stand for $60 that the owner had listed at $120. Long story short, we looked online to see price comparisons and saw that the exact same globe this guy was selling was $79 on amazon, so we were able to talk him down to $60. 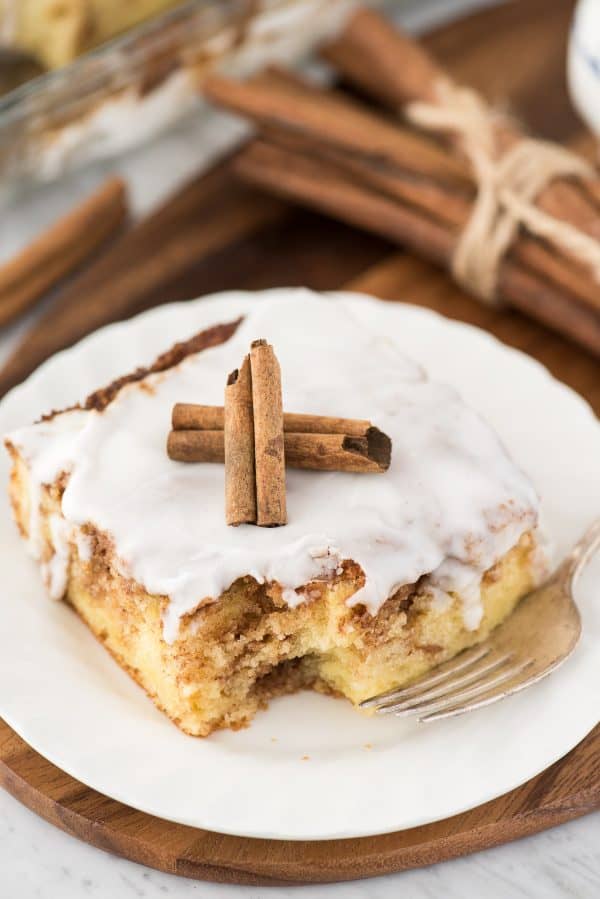 The other thing I look for at garage sales are books. Cookbooks and hardcover books that I can use as decoration. I stopped at one garage sale that had so many cookbooks, so I bought all the books they had from the Cake Mix Doctor for 25 cents a piece! That lady is a genius.

I saw this recipe for Honey Bun Cake in her general doctored up cake mix book. I must have been in a breakfast, cinnamon-y mood because I knew I had to make it. 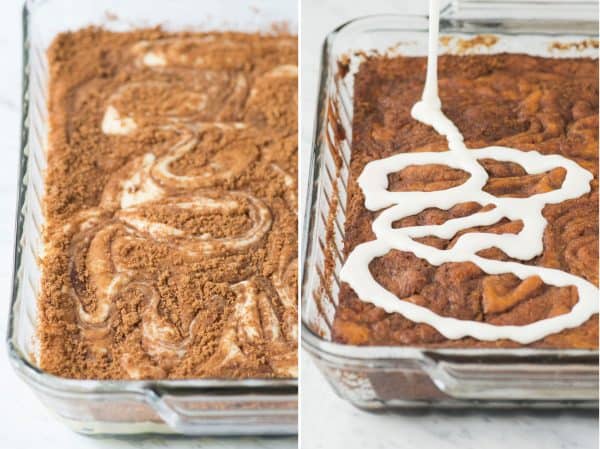 The awesome thing about this recipe is that you can use a gluten free yellow cake mix! Bless the people who pushed for gluten free cake mixes!

I made very minor tweaks to this recipe, as it’s already incredibly delicious. I also found that more glaze is better!

Need an excuse to eat cake for breakfast? Now you have one! 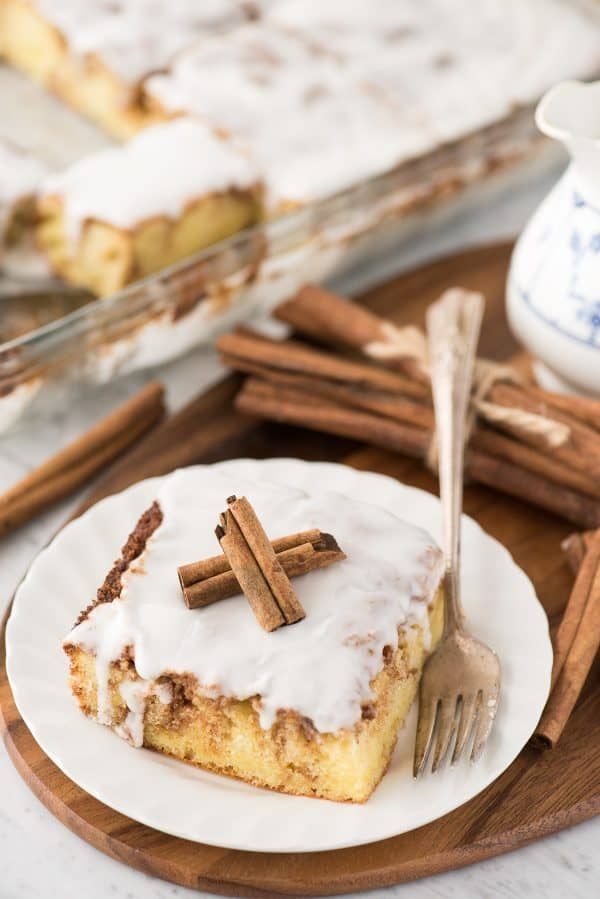 For a step-by-step of how to make this honey bun cake recipe, watch this short video:
Continue to Content