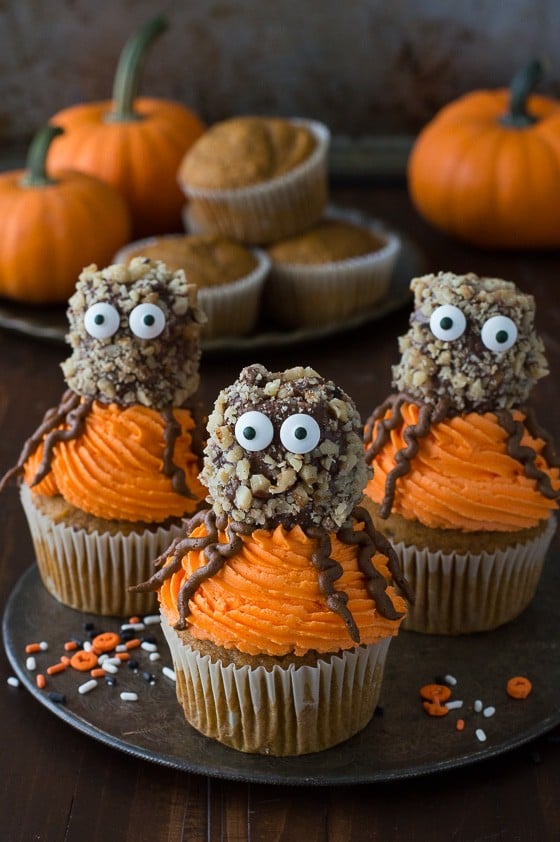 I’ve killed my share of spiders with shoes but I have never ever killed a snake, and I hope I never have to because they only thing I can think of that would actually kill a snake would be a sword.. and I don’t own a sword!

Luckily we don’t have to worry about smashing these spiders! They are actually invited to the halloween party! 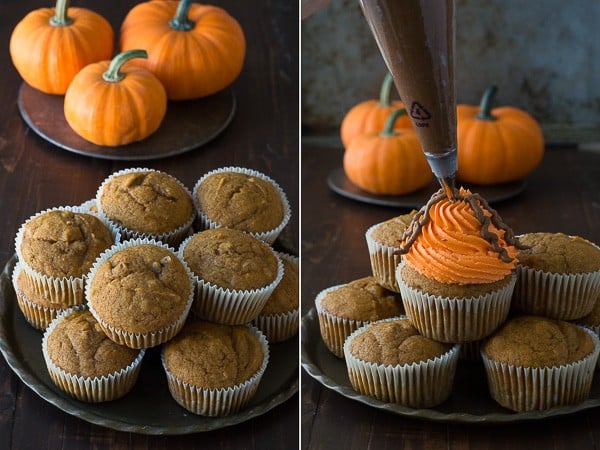 These spider cupcakes start with pumpkin walnut cupcake batter, and that might just be my favorite part! They are pretty simple to make and they have great flavor from the brown sugar, pumpkin pie spice, and pumpkin puree. The walnuts add a great crunch and I’m pretty sure walnuts and pumpkin go together like peanut butter and chocolate :) 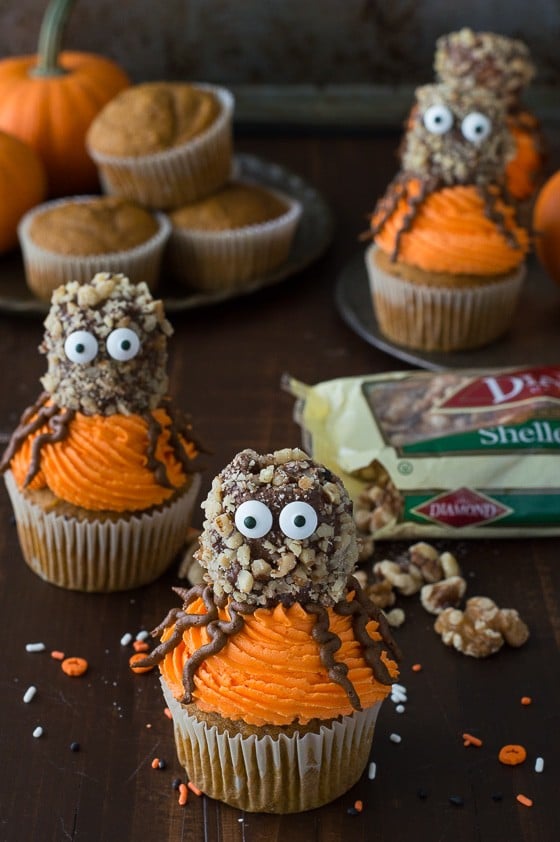 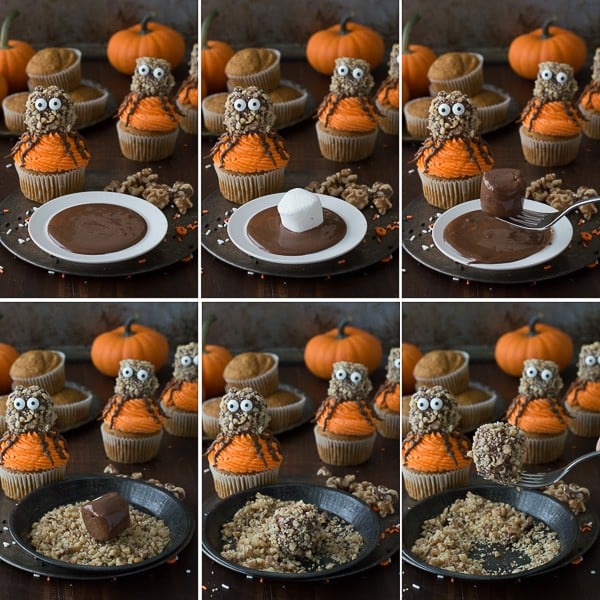 Once the cupcakes are fully assembled they are quite the treat! In fact I had some friends who weren’t sure how to go about eating them.. do you eat the spider’s body first or save that for the end?!

Thank you to Diamond of California for partnering with me so I could share this fun halloween recipe! 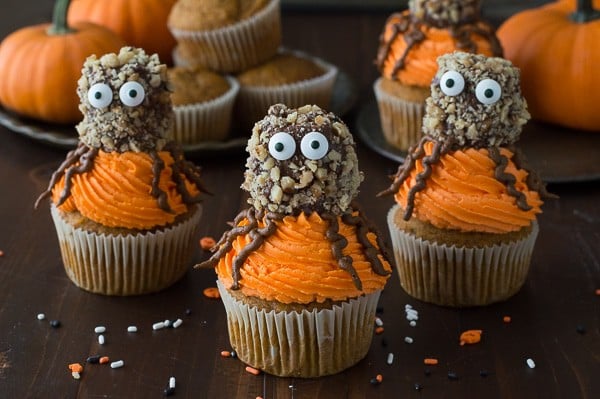 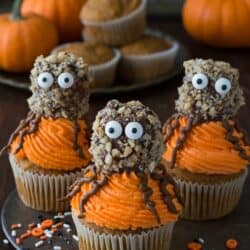 5 from 1 rating
Prep Time: 20 mins
Cook Time: 15 mins
Total Time: 35 mins
Yield: 12 cupcakes
Luckily we don’t have to worry about smashing these spiders! They are actually invited to the halloween party! How cute are these walnut spiders?
Print Recipe Pin Recipe Rate Recipe

To make the spiders

To make the spiders