Last week was Ryan’s 25th birthday. I think it’s a super fancy birthday mainly because you can call it your quarter century birthday! I made it known that he was half way to being over the hill.. but then he reminded me that I already beat him there by about six months :)

I like to do special things on birthdays, but since it was his quarter century birthday, I wanted to do something extra fun, so I woke him up with 25 balloons! The balloons covered the entire bed, I could barely see his head when I took a picture! On one of the balloons I drew a picture of my face and I thought about putting it on my pillow to pretend like it was me, but I thought that could be super scary to wake up to.. “AH! Honey you look so rubbery!” I’ve been shuffling around the house, kicking balloons as I go and just to sit down at the computer I had to move 8 balloons from under the desk and nearly popped one while moving the chair. But Ryan doesn’t want to get rid of them yet. Which is very sweet, because I did tell him that everyone of those balloons is filled with lots of Beth air, meaning lots of love :) I don’t think there is such a thing as too many christmas cookie recipes, so we’re going to add another one to the collection. And this one is super easy because it uses Nilla Wafers. Which means there is no rolling, cookie cutters, or baking involved!

Nilla wafer don’t have the same texture as a soft-baked sugar cookie, but this recipe is intended to be quick and easy. These nilla wafer snowmen would be great for your kids’ school party, or you could use the nilla wafer snowmen to decorate gingerbread houses or as decoration on a holiday cake or to decorate another dessert. If all else fails, give them to your preschooler.. they will love eating snowmen cookies, regardless if they are more crunchy. I think these are so cute and I don’t mind that the cookies are more crunchy.. looks like someone already had a few bites! 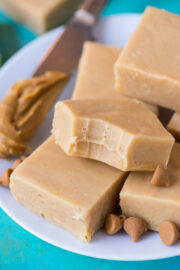 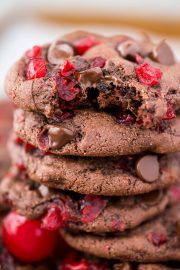