These Sangria Cupcakes are made with fruit in the batter and a red wine buttercream, these are the perfect party cupcakes! They can be a great start to a relaxing weekend. Let me tell you a little bit about how my week has gone…

So.. I recently found out that someone was making fraudulent purchases on my credit card.

Eeekkk! It gives me all sorts of bad, icky feelings. I found out last Sunday night, which was terrible, because no one is at work on a Sunday evening. And what makes it even worse – it’s been happening for FOUR MONTHS!

Don’t give me a lecture on how I should be checking over my statements better and yadada. I’ve already realized that. Instead, I’m going to share a little public service announcement because I hope this never happens to you!

I was scammed by Vistaprint – a big brand name photo and card printing company. And it all started when I ordered our Christmas cards back in November. Ordering the cards went smoothly and when they showed up at our house, they looked great. No problems. I didn’t think I had any lasting ties to Vistaprint, it was a one time order. 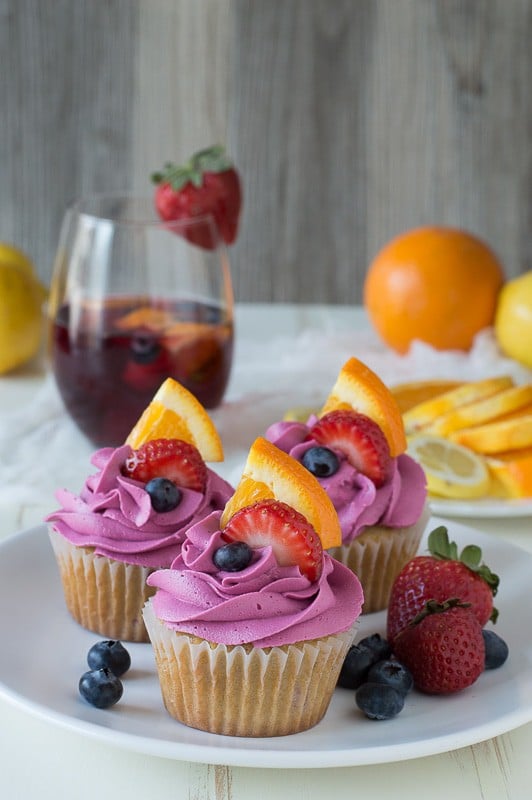 Sunday night I was looking at my credit card account because I was getting ready to pay the bill and I saw a charge from Vistaprint for $9.99, which was posted on my account 2 days prior. So, I was trying to think if I ordered something, then I asked Ryan if he ordered something. Nope. We started looking back through my previous statements, and sure enough on the 2nd of every month Vistaprint was charging me $9.99. Ryan immediately googled ‘vistaprint scam’ and tons of information came up. Apparently, I am not the first person this has happened to. We were reading through people’s horror stories about how Vistaprint had been charging them anywhere from 9.99-14.95 a month and that people had no luck in getting their money reimbursed. Great.

I don’t know what kind of scam they used – some online reviews were saying that if they offer you a coupon code and you use it, in the very fine print in a separate link, it says something about a monthly membership fee.

I decided I didn’t even want to mess around with Vistaprint, so I went straight to my credit card company instead. And you know what they told me? That I had to wait until they charged me in June before I could fail a complaint. WHAT?! No way jose. I am not going to let them charge me again.

Why I Need These These Sangria Cupcakes

There was only one thing left I could do, so I called Vistaprint. The customer representative said that they couldn’t see any other charges on my account other than my christmas cards. Um, hello! You’re charging me 9.99 every month! A long conservation went by, the rep was trying to be helpful, but it was ridiculous. I finally asked, do you even have a monthly membership where people can sign up and pay 9.99 a month? She said no. Then what am I even being charged for?!

I had to file a complaint and then their complaint department had to decide if my complaint was valid. It was approved. I was told my money would be reimbursed.. but I am still waiting for it. Hence, I need about 12 sangria cupcakes. 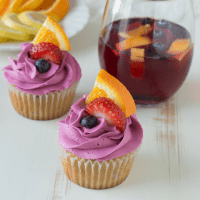 These Sangria Cupcakes are made with fruit in the batter and a red wine buttercream, these are the perfect party cupcakes! They can be a great start to a relaxing weekend.
4.33 from 83 votes
Print Pin Rate
Course: Dessert
Prep Time: 20 minutes
Cook Time: 15 minutes
Additional Time: 15 minutes
Total Time: 50 minutes
Servings: 12 cupcakes
Author: Beth

To top the cupcakes

On the Better Business Bureau website, Vistaprint has 131 reviews and 96 of them are negative. I guess I won’t be ordering christmas cards from Vistaprint next year.