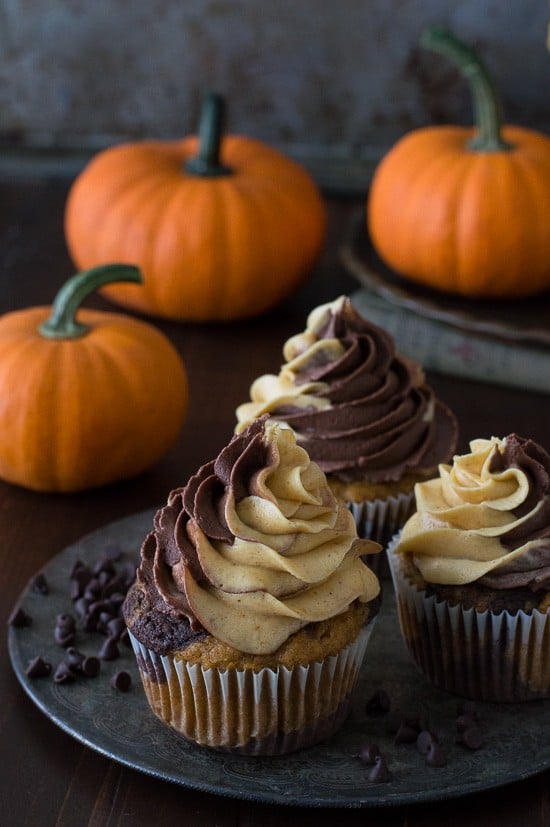 So we decided to double the deliciousness. 2 times the pumpkin and 2 times the chocolate. Now a good thing is like a doubly good thing. Pretty sure I just decided that doubly should be a real word. 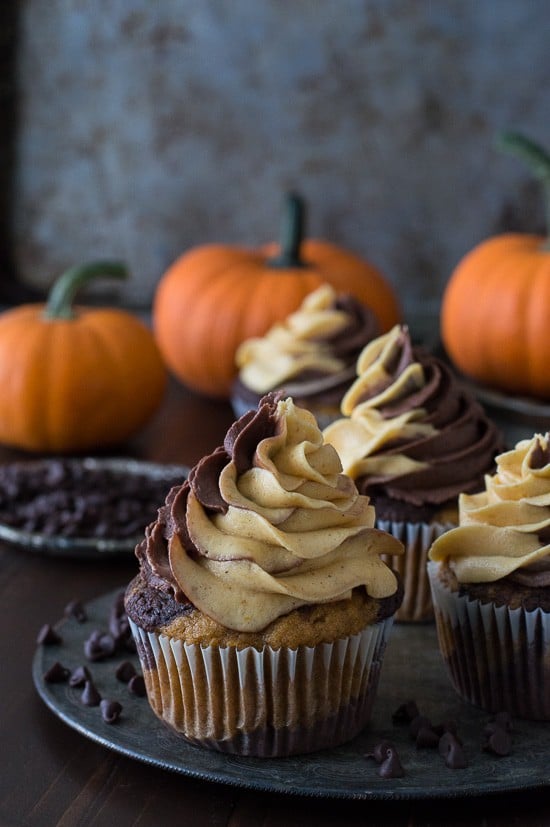 You’ll need to make up 2 batches of cake – pumpkin and chocolate. I alternated the batters, starting with pumpkin in some muffin liners and starting with chocolate in others, then I added the other batter to each. To swirl the batters I’d recommend using a butter knife or thin metal spatula. The swirling doesn’t need to look perfect because it will be covered in buttercream. 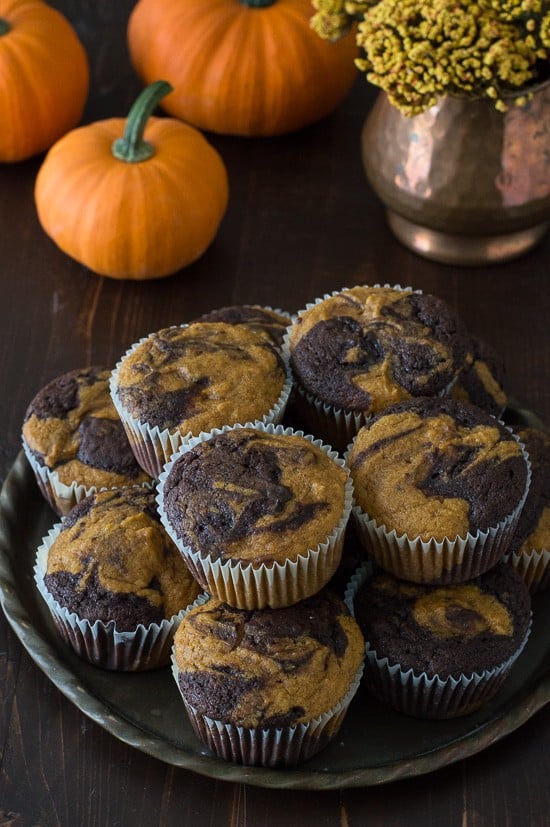 Now for how to swirl the buttercream.. it can seem scary at first because you want to end up with perfectly swirled frosting, but it’s not as difficult as it seems!

1. Take a deep breath and don’t panic :)
2. Start by placing the chocolate buttercream inside the bag, trying your best to keep it on one side on the bag. Then add the pumpkin buttercream, putting it on the other side of the piping bag.
3. Squeeze or shake the frosting down towards the piping tip. Twist the top of the bag closed. I use clear piping bags so I am able to see if the frosting is equally divided. If there looks like there is too much chocolate frosting towards the tip, squeeze it out until you see both frostings come out together.
4. Pipe the frosting onto the cupcakes. When your frosting runs out, refilling the bag can be more tricky in terms of getting the frosting even and on the right sides, try your best or just use a new piping bag. I like to buy the disposable ones that come in a pack of 100.

We also shared a recipe specifically on how to make pumpkin buttercream! 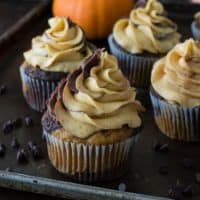