Out of the Kitchen September 2017

WE’RE BACK WITH ANOTHER OUT OF THE KITCHEN POST – HERE’S WHAT WE’VE BEEN UP TO FOR THE MONTH OF SEPTEMBER! 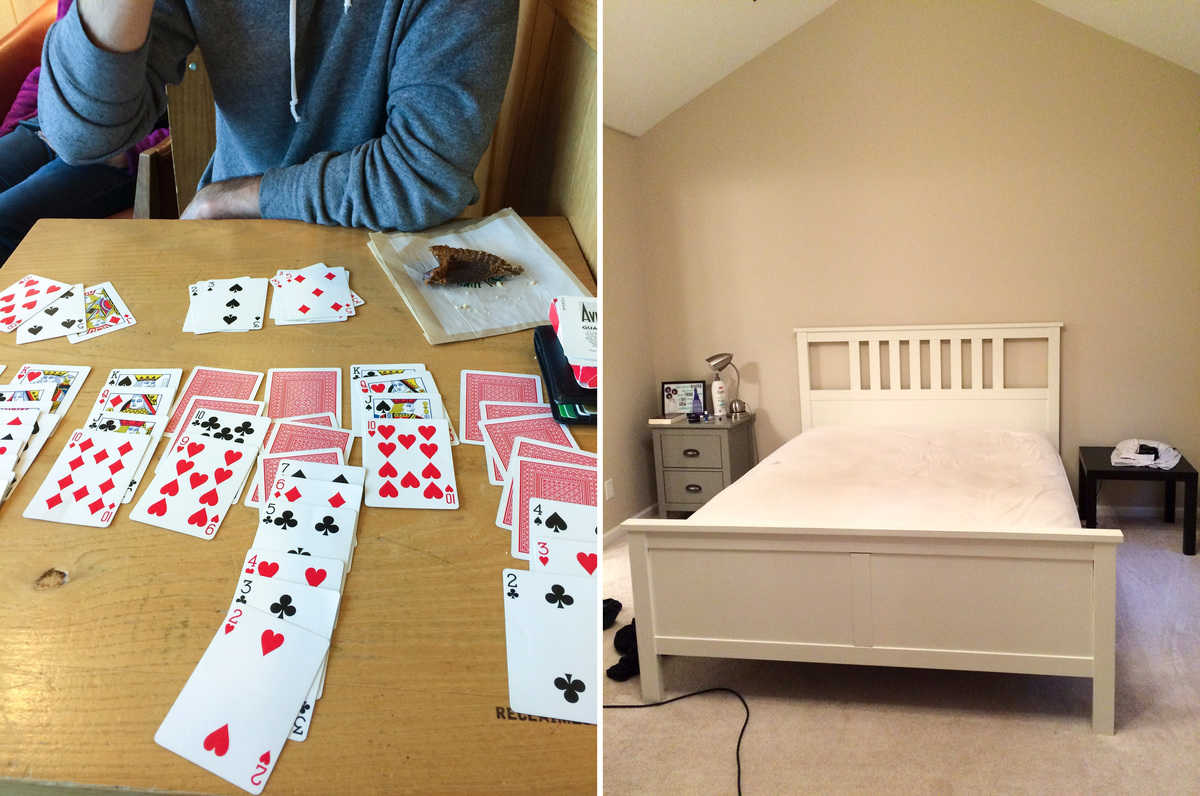 Ryan and I came up with this really dumb idea (but it’s fun!) – it’s basically computer solitaire but with 2 humans, haha. A lot of times when we go on a coffee date, we bring a deck of cards, and usually I beat Ryan at whatever we’re playing! The second photo – September was a month of painting! I painted our black bed frame and dresser white. I like painting projects and both turned out really great. There isn’t any decor in our bedroom as of yet.. unless you count piles of laundry ;) 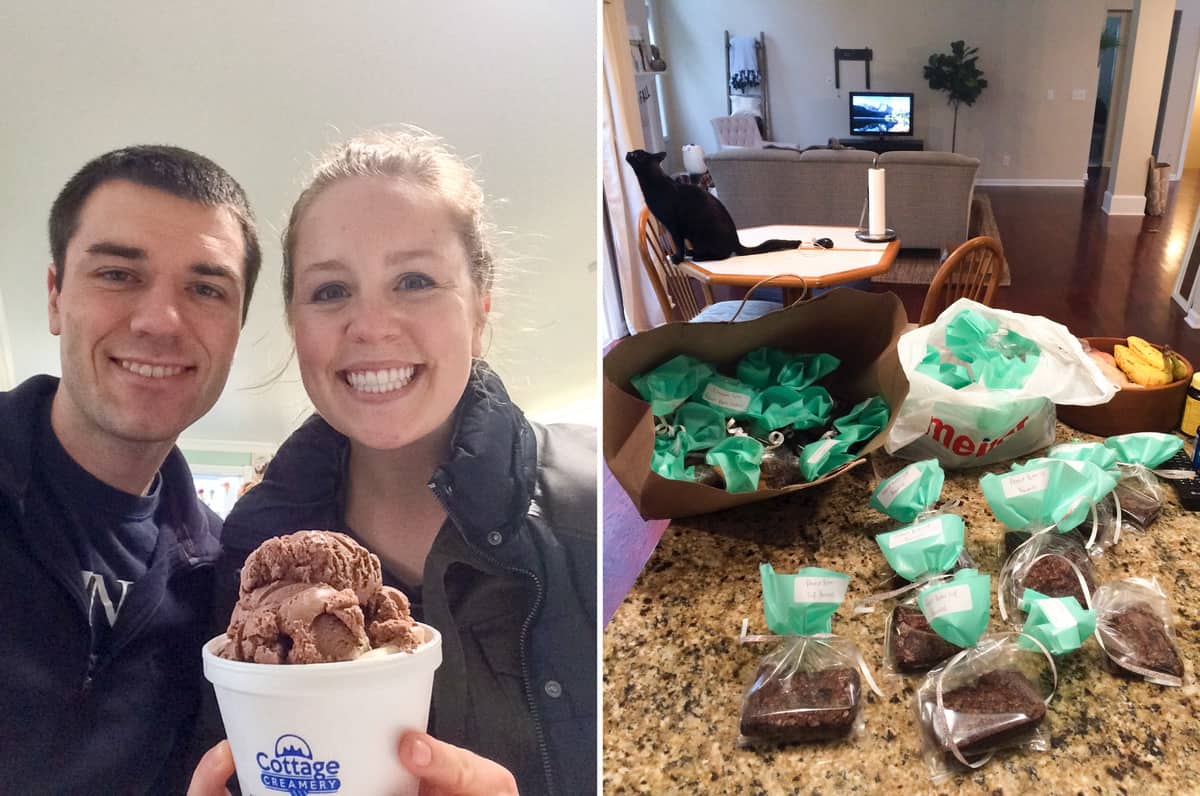 We celebrated a HUGE milestone!! I hit 100,000 facebook fans on my blog’s facebook page! It still shocks me, I remember when I had 16,000 fans. We’re trying to be better about celebrating the little things in life. The second photo – our church had a back to school bake sale so I put my baking skills to work and made about 40 bags of cookies and brownies. I really enjoy baking for fun, but it doesn’t happen too often. 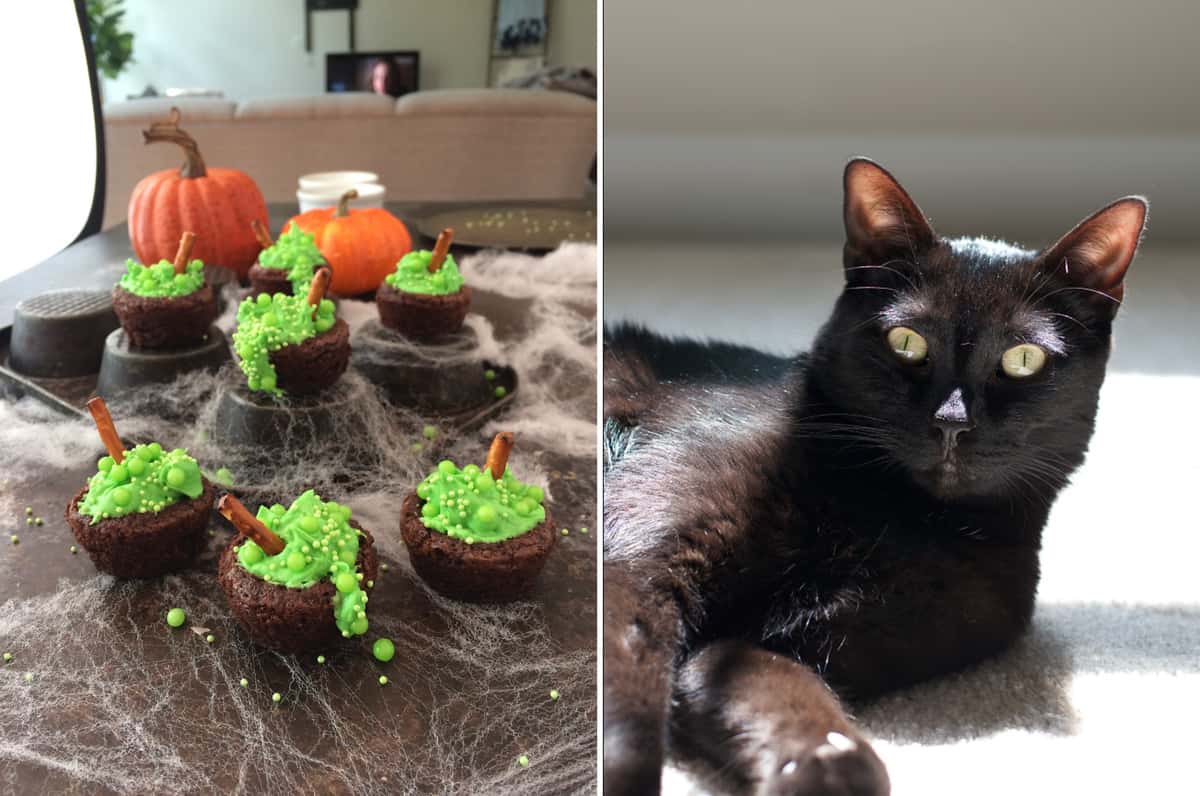 These bubbling witch’s cauldron brownies are one of my favorite recipes I shared this month. I am a sucker for halloween food – you can see all of our halloween treats here. The second photo – Salsa had a photo shoot this month done by me :) Isn’t he sweet? 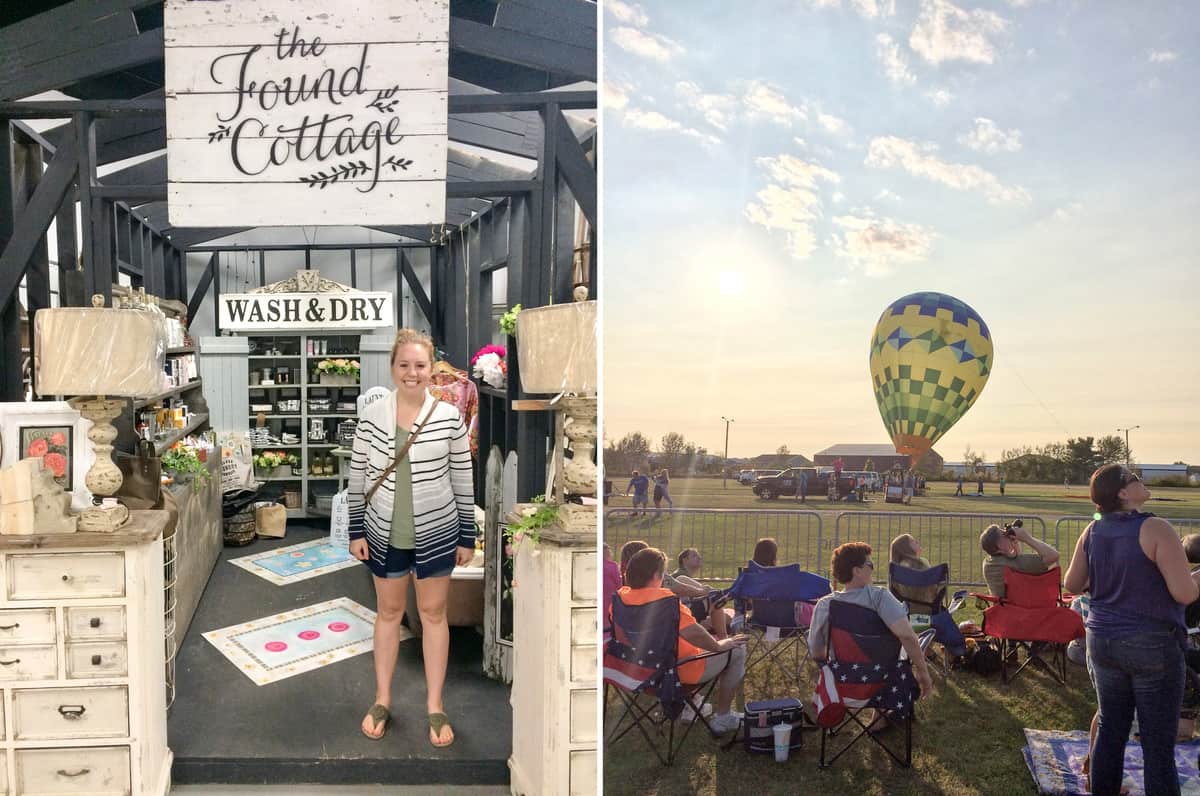 Ryan and I went to The Found Cottage which is a fun flea market type store run by Liz of Liz Marie. She’s a fellow Michigander and someone I follow on instagram. She wasn’t at the store when I was there.. which was a bummer and good because I probably would have embarrassed myself and been a fan girl. The second photo – there’s a hot air balloon festival in our city each year so we got to see 15+ balloons blow up and launch. Did you know that Ryan and I went on a hot air balloon festival during our honeymoon? 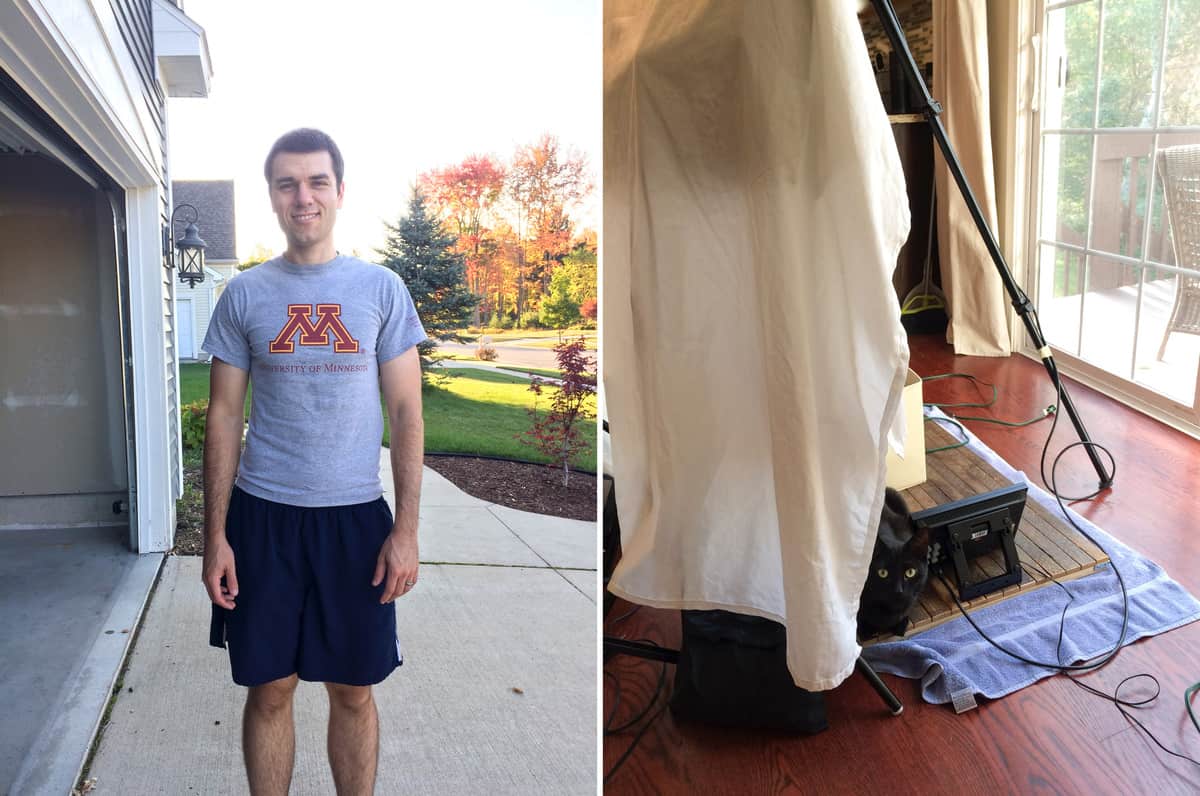 This picture still makes me laugh. Ryan and I have the same exact Minnesota shirt, except mine is a small and his is a medium. We met at the gym after work and this was the shirt he brought.. which is mine but he thought it was his! Looking good, sweetie! The second photo – why is Salsa a magnet for my work supplies? It’s like he must lay on something if it’s on the ground. 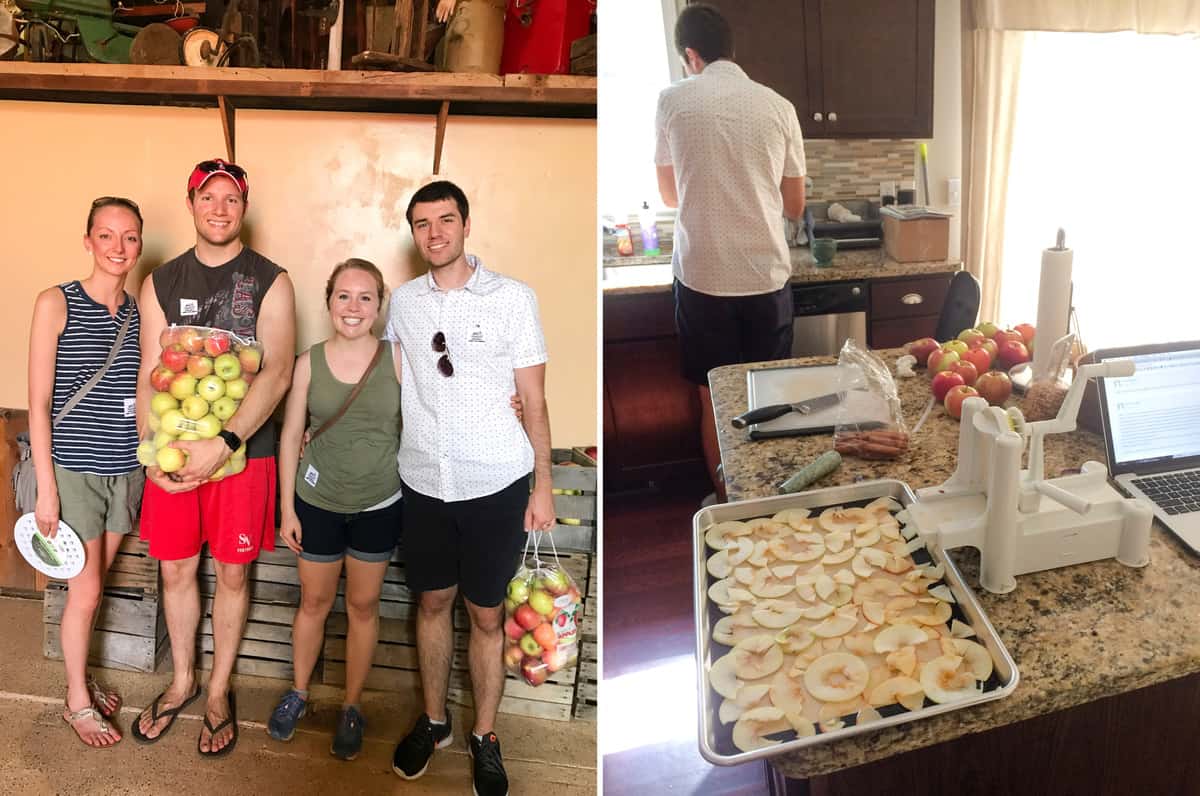 We went to the apple orchard with our friends Steph & Neil! It was so incredibly hot, so it didn’t feel like fall, but the good thing is that it wasn’t busy! Afterwards Ryan and I made homemade applesauce and apple chips with our haul! 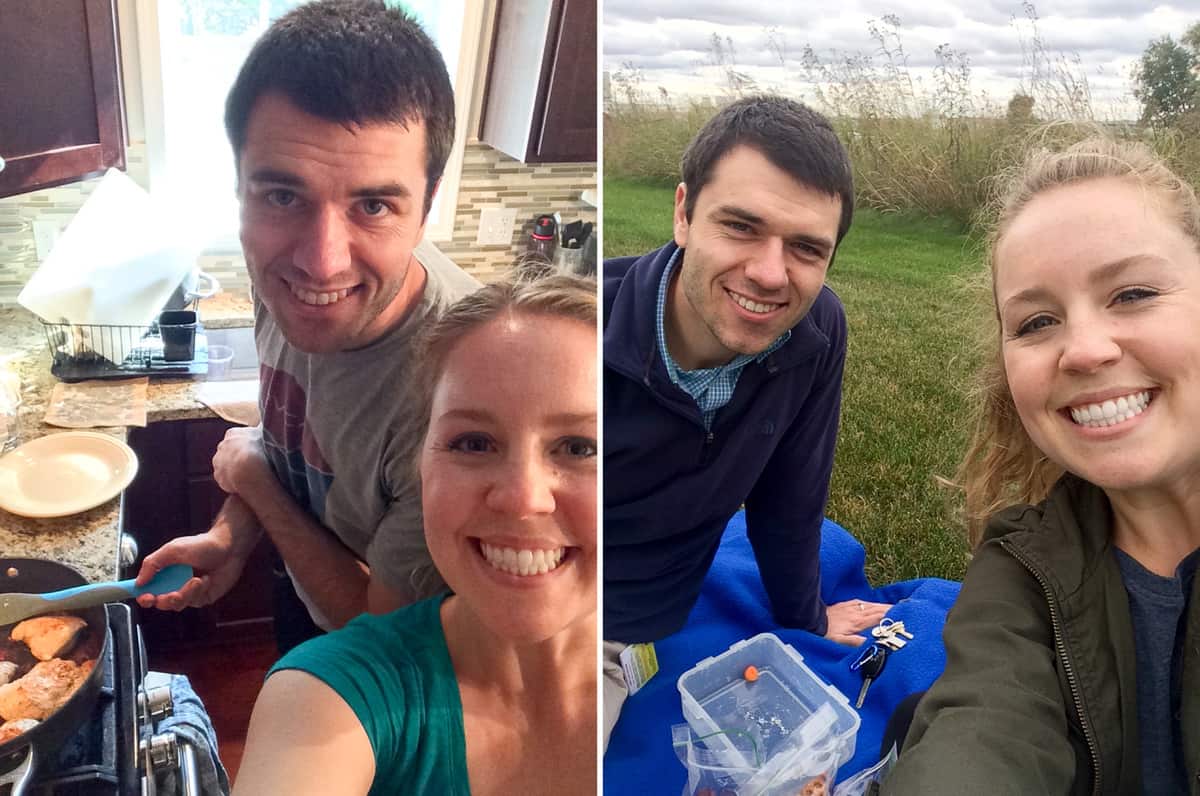 We’ve been more intentional about making dinner together this month. Ryan’s a great cook, plus it’s been fun to make new things! The second photo – a quick picture of us during a lunch time picnic date. Not pictured: all the healthy things we’re eating these days. We’re implementing some healthy lifestyle changes – which means no more ice cream :( 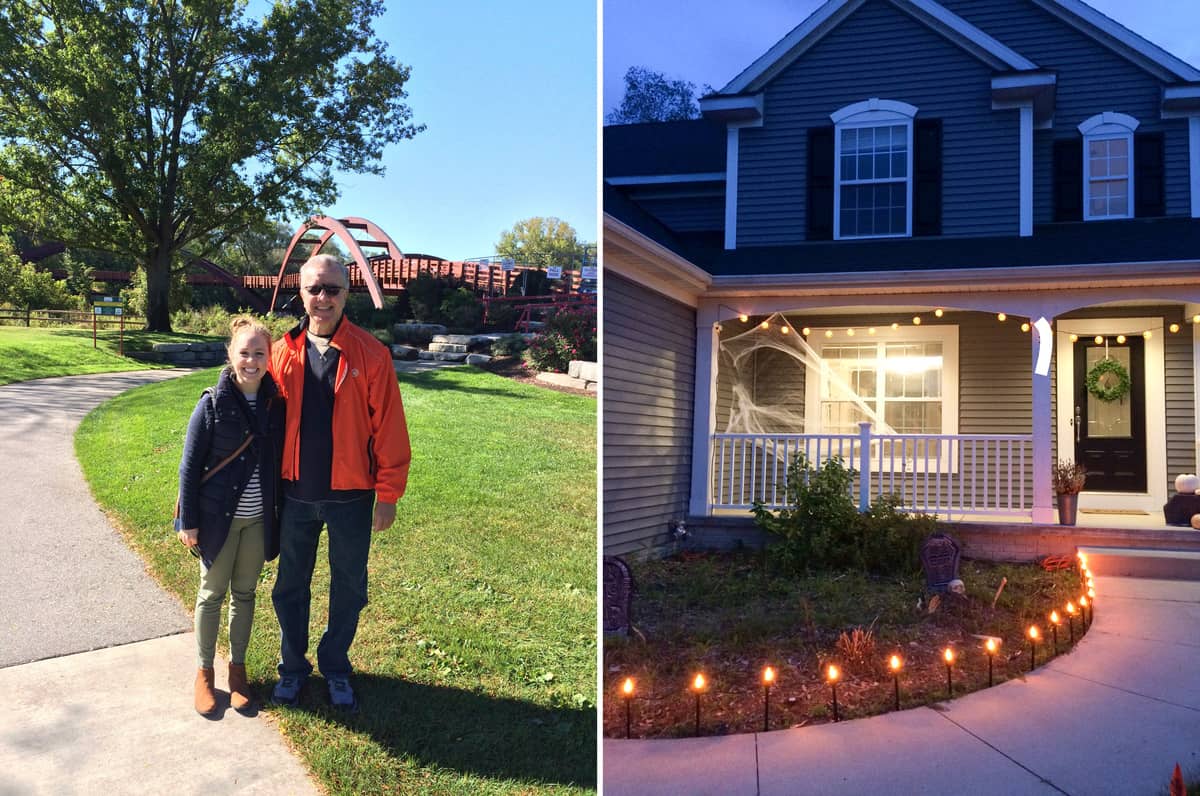 My dad came to visit us all the way from Minnesota! It was fun being able to show him our house and around our new city. We took him to an escape room that was a lot of fun and we did escape! He also helped us put up our halloween decorations because why not? October is only 31 days long!

Last month I gushed about our excitement of getting a puppy. We had been planning to bring him home for 7 weeks and had all the toys and food we needed. And then it didn’t work out.

It was an emotional decision and we felt a lot of failure surrounding our decision. Especially when you see so many people in your life who have dogs and have raised puppies, we felt like what’s wrong with us that we can’t do this? AND we wanted a dog. I think part of us still wants a dog.

But the whole dog situation actually brought a lot of stuff to the surface. We realized that we haven’t healed from Ryan’s grad school experience. We graduated college, got married, moved to a new state, and Ryan started grad school all in ONE summer. We spent the next 5 years wrapped in the demands and expectations of an intense Ph.D program. We learned how to do things separately because Ryan was always busy and consumed with school.

Even though he’s done with school, we can see that we formed some bad habits. I could feel we weren’t as close as we would have wanted. And we just went through a huge move to Michigan and started what I call our real adult life.

I partially hoped that having a dog would bring us together and we’d spend more time together because of the dog.

But we’re not ready for a puppy right now (and maybe puppy life in general isn’t for us). And no wonder we’re not, when I actually take time to sit and remember everything that we’ve been through it makes sense.

We’re taking time to just focus on us. It’s like we’re learning how to be a married couple again, but without the pressure of grad school.

So what’s next for us? Nothing. And it’s nice.

We’re looking forward to celebrating the upcoming holidays in our first home, making traditions and establishing deeper roots in our new city.

posted in Out of the Kitchen
0 comments » 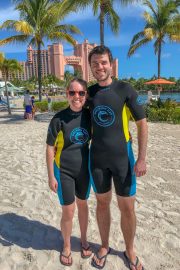 Out of the Kitchen February 2019 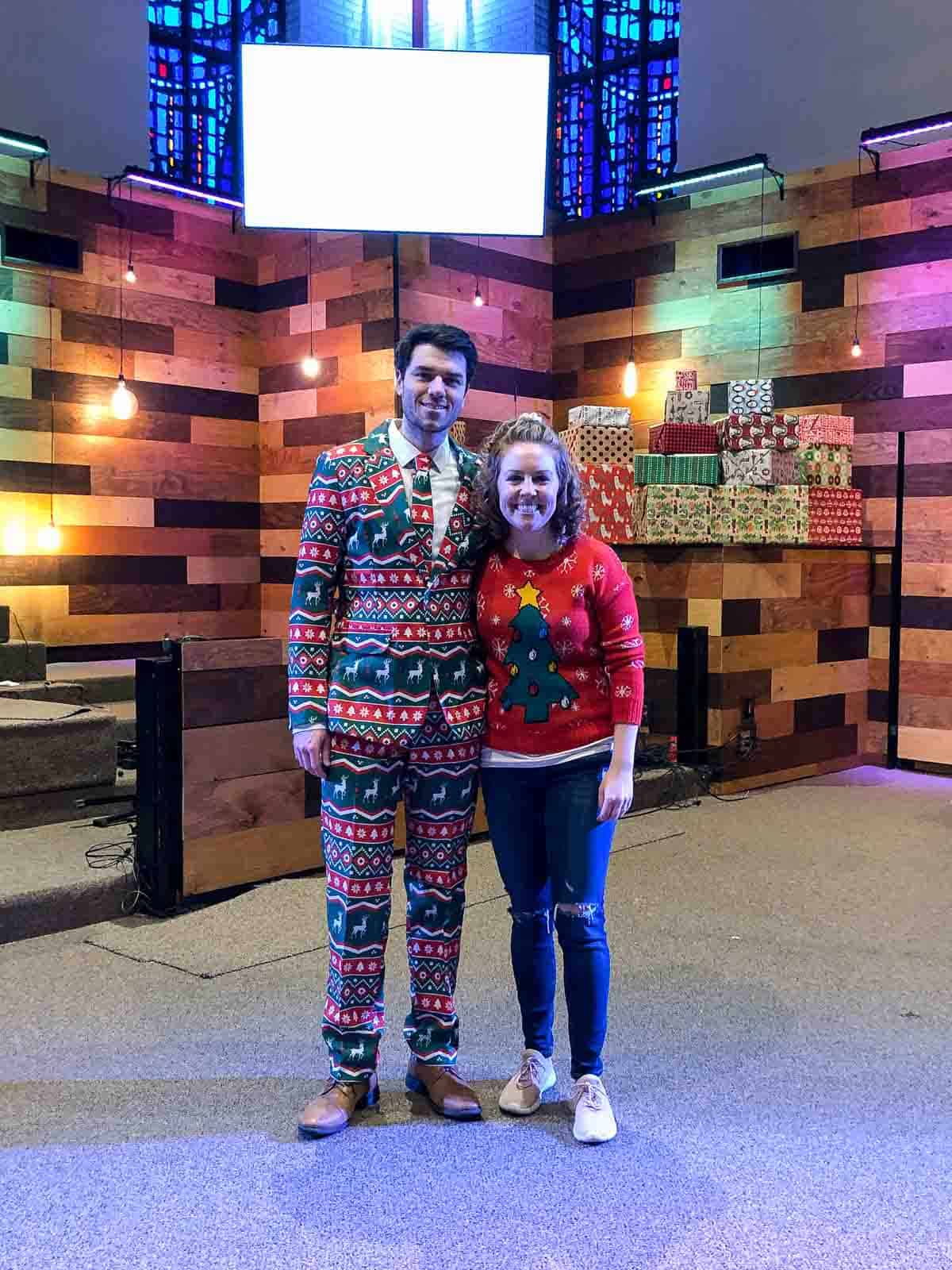 Out of the Kitchen December 2019 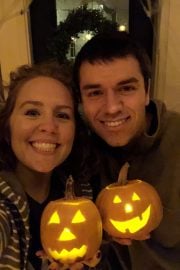 Out of the Kitchen October 2018