Out of the Kitchen October 2017

WE’RE BACK WITH ANOTHER OUT OF THE KITCHEN POST – HERE’S WHAT WE’VE BEEN UP TO FOR THE MONTH OF OCTOBER! 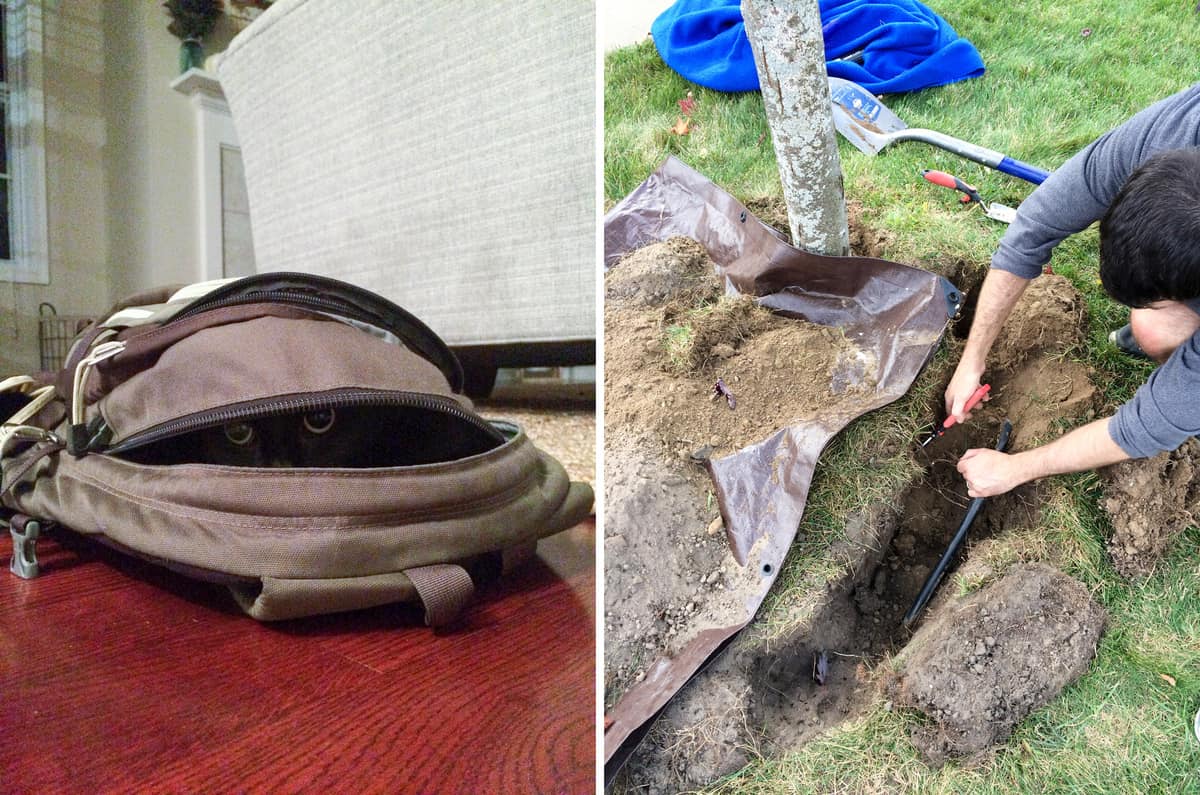 What’s cuter than a cat hiding in a backpack? Just love him! The second photo – We had a somewhat major lawn repair project to tackle this month. Long story short, we discovered that our sprinkler system was broken, but had no idea where so we pretty much dug a whole bunch of spots in the yard until we found it. So thankful for a handy husband who was able to fix it! 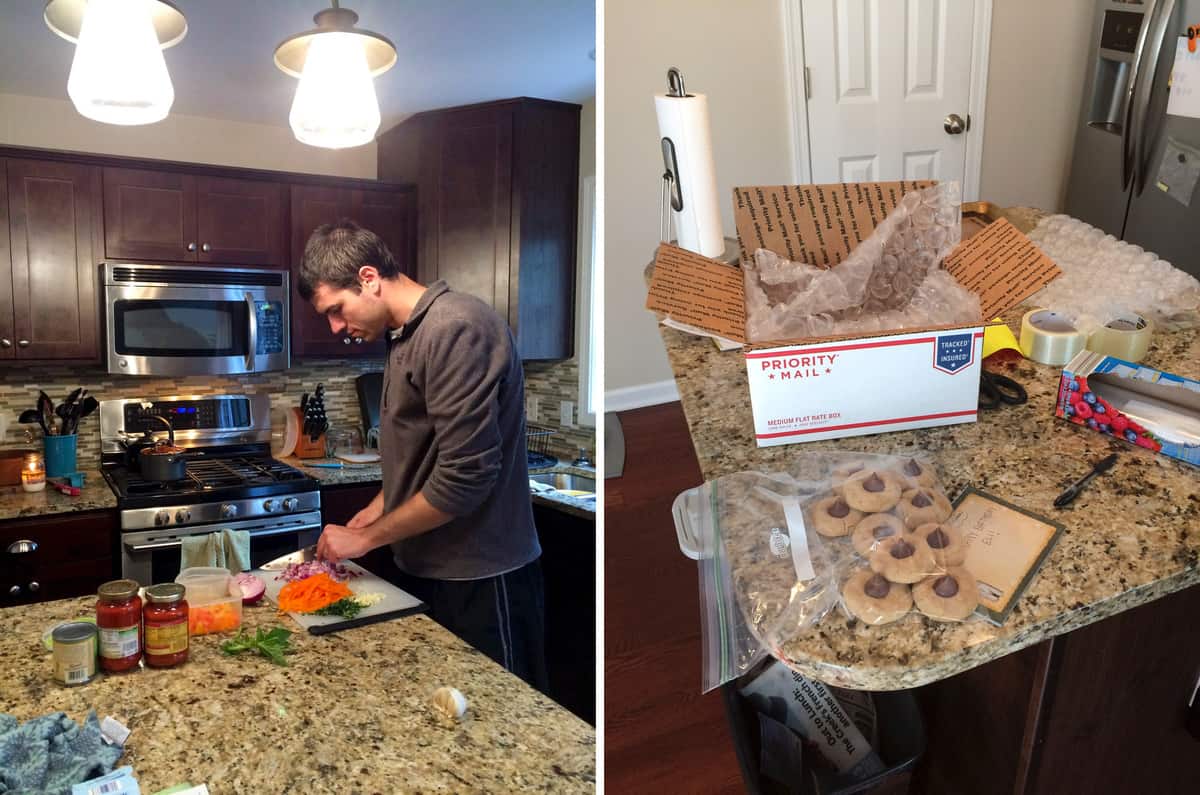 Like I mentioned last month, Ryan and I have been spending more time together in the kitchen making dinner. We tackled homemade pizza (gluten free for me and regular for Ry) – I liked mine but Ryan is working on perfecting his. The second photo – I mailed birthday cookies to my nephew Eli, he request peanut butter blossoms which are one of my favs too! 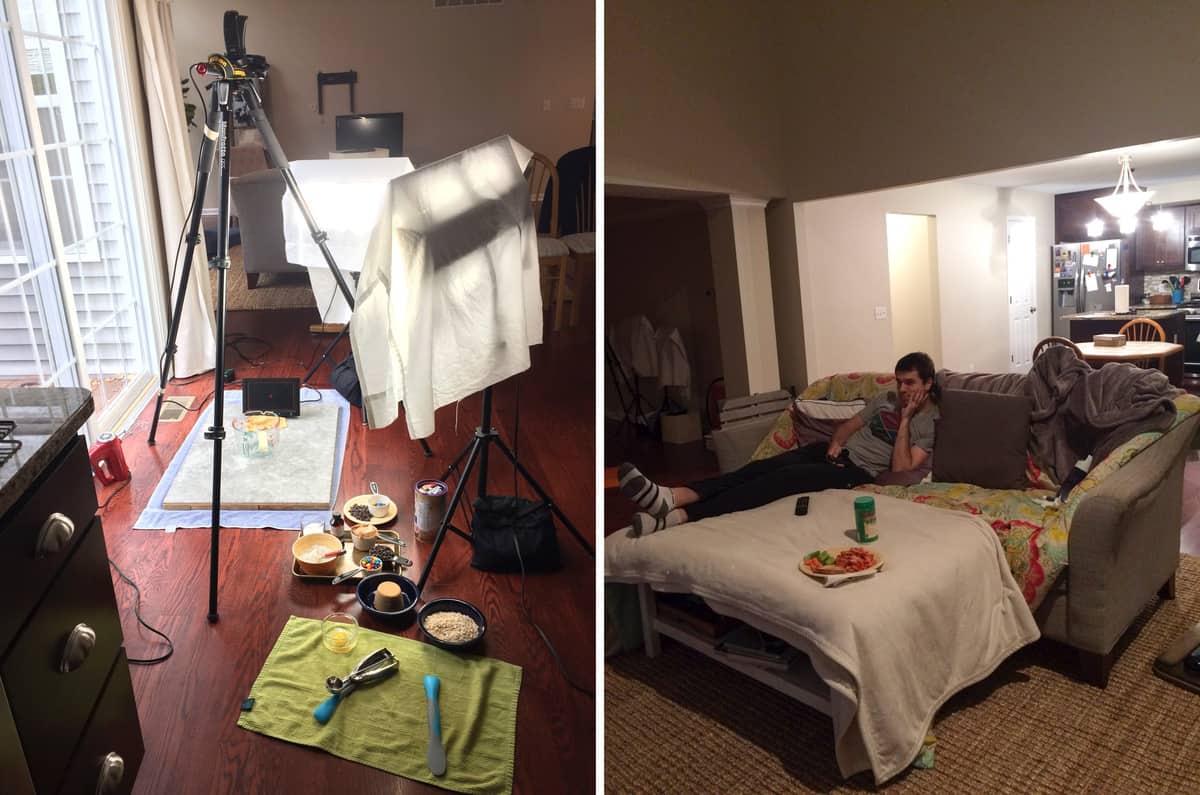 Behind the scenes picture from a monster cookie shoot. The recipe will be up in a few weeks, but they are loaded and you’ll love them! The second photo – this is how we do movie night at home! The people who owned our house before us actually hung a projector screen in the basement and left the hooks for us so maybe we’ll eventually get a projector! 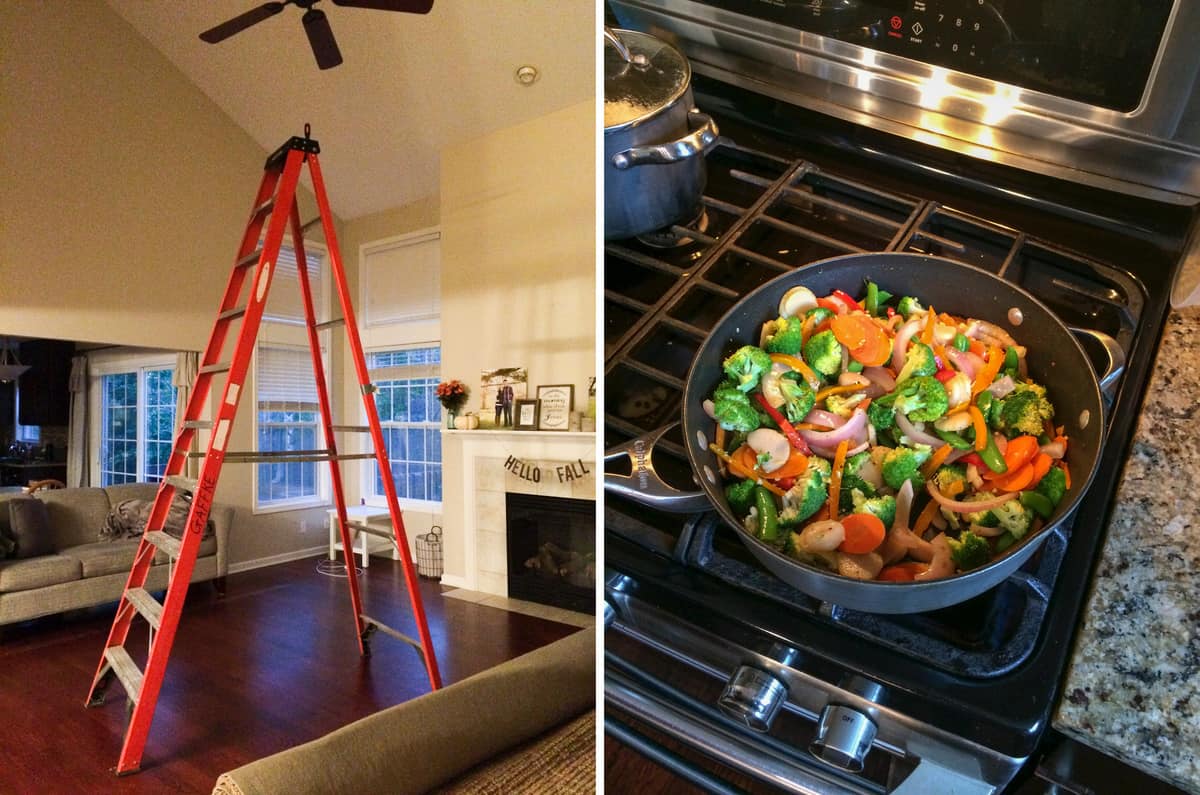 We are trying to figure out our lightening situation for the living room. But it turns out it’s not as easy to add a light kit to our ceiling fan as we hoped. To TBD. The second photo – Ryan made stir fry for dinner and it was GOOD! 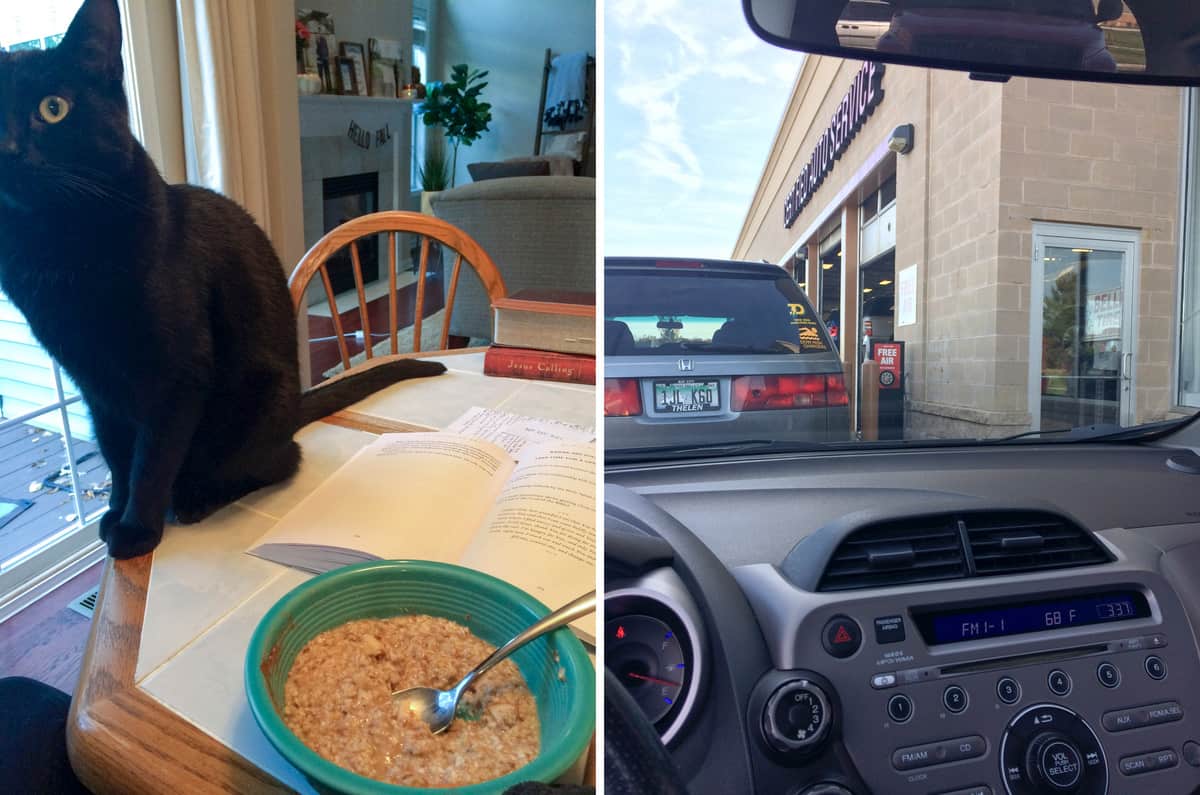 Salsa and breakfast, every morning. He sits so close to me :) The second photo – I finally found where I can get FREE air in our city! This is a big deal because I don’t want to pay $1.25 for air. 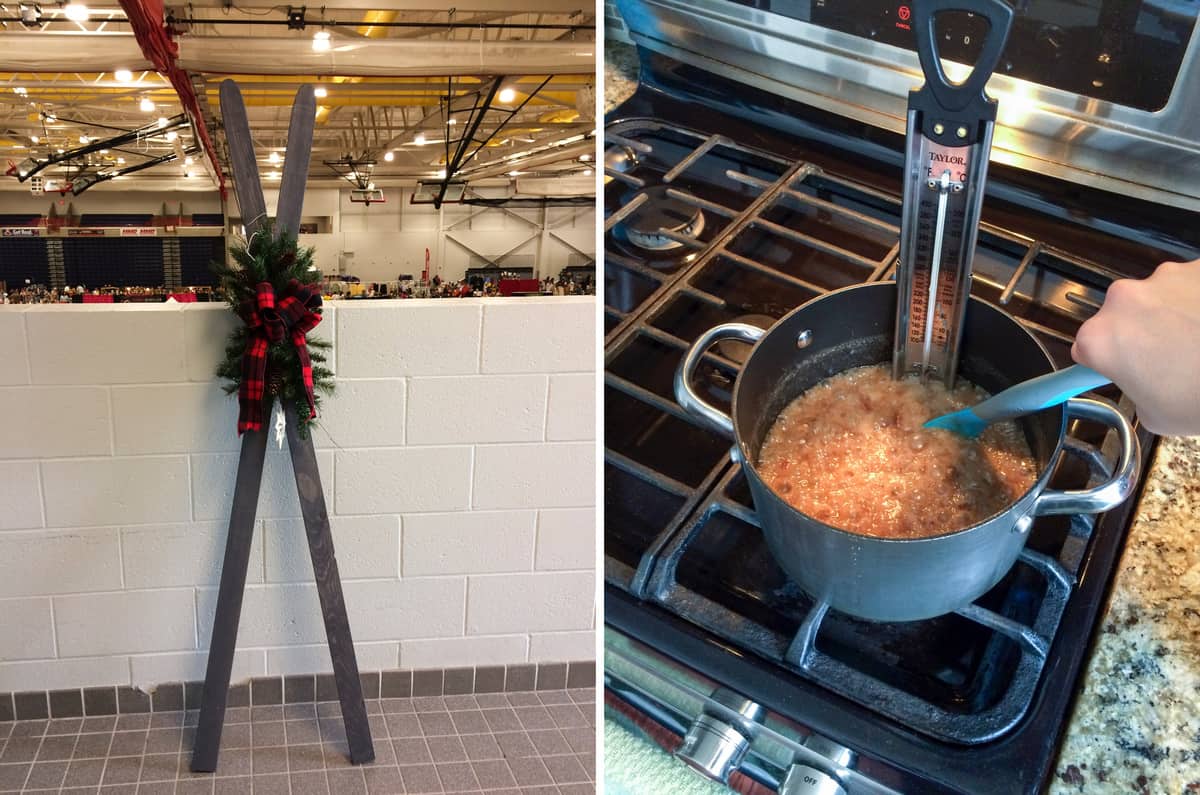 I went to a cute holiday craft market and bought these faux wooden skies for our porch for winter! The second photo – I have been learning how to make pecan pralines. And they are testy. But I am working on getting a blog post together with my tips and failures! 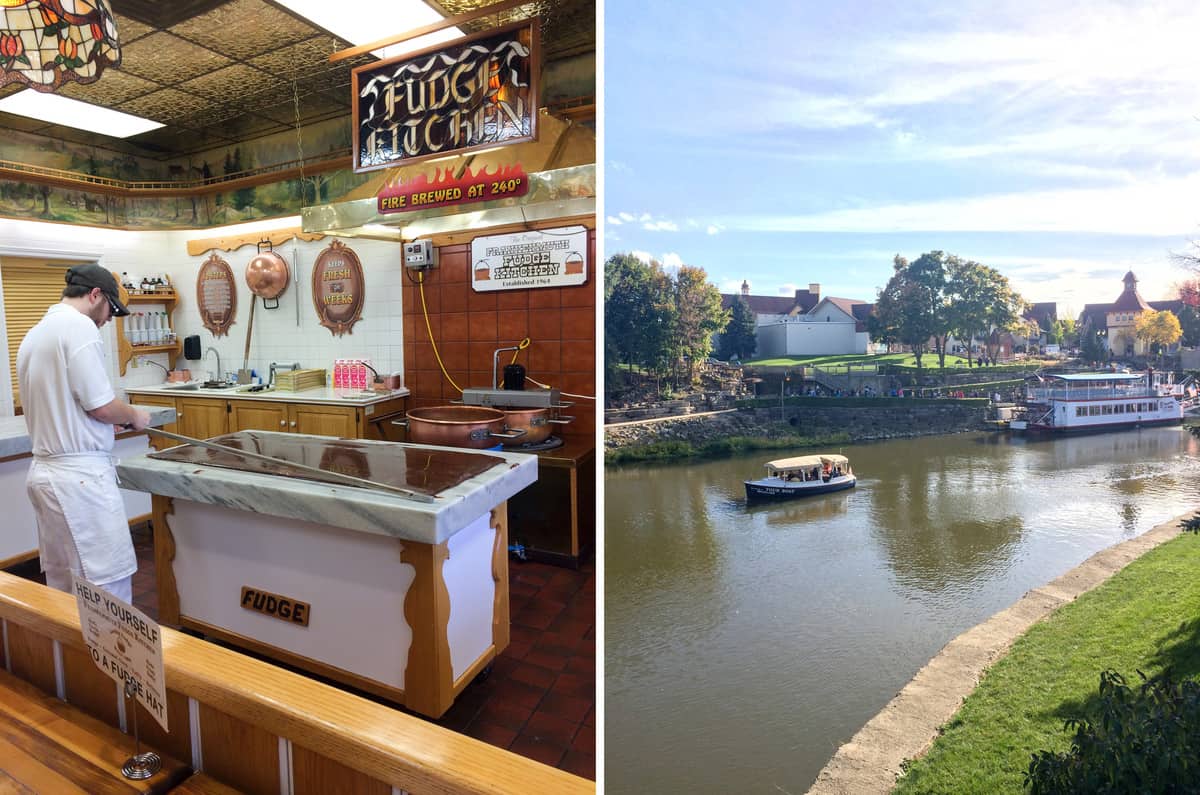 We spent an afternoon in Frankenmuth Michigan with Ryan’s mom. It was our first time there and it’s such a cute town. Of course we stopped in all the candy stores. It was neat to see them making these large batches of fudge. We’re going to have to go again! 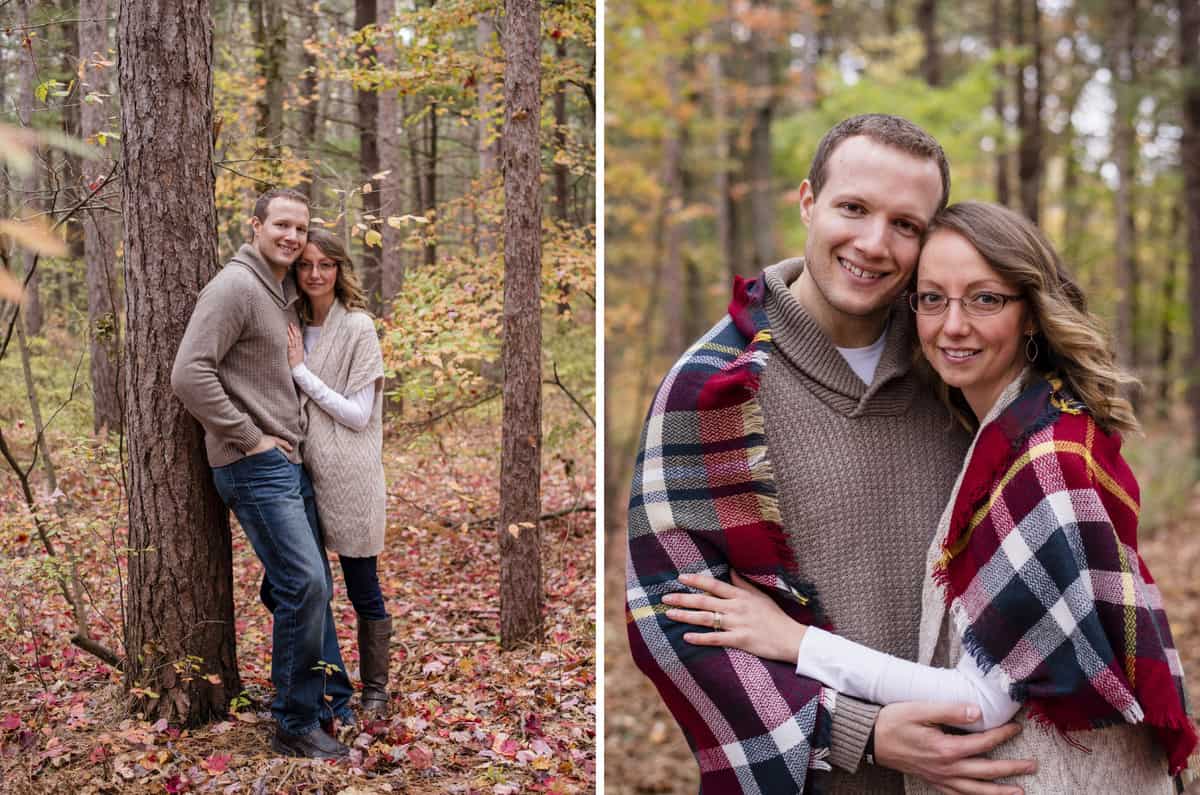 I took portraits for our friends Steph & Neil. They were the first friends we made in Michigan, and we are so thankful that they embraced getting to know us so fast! There session reminded me how much I love taking pictures of people. 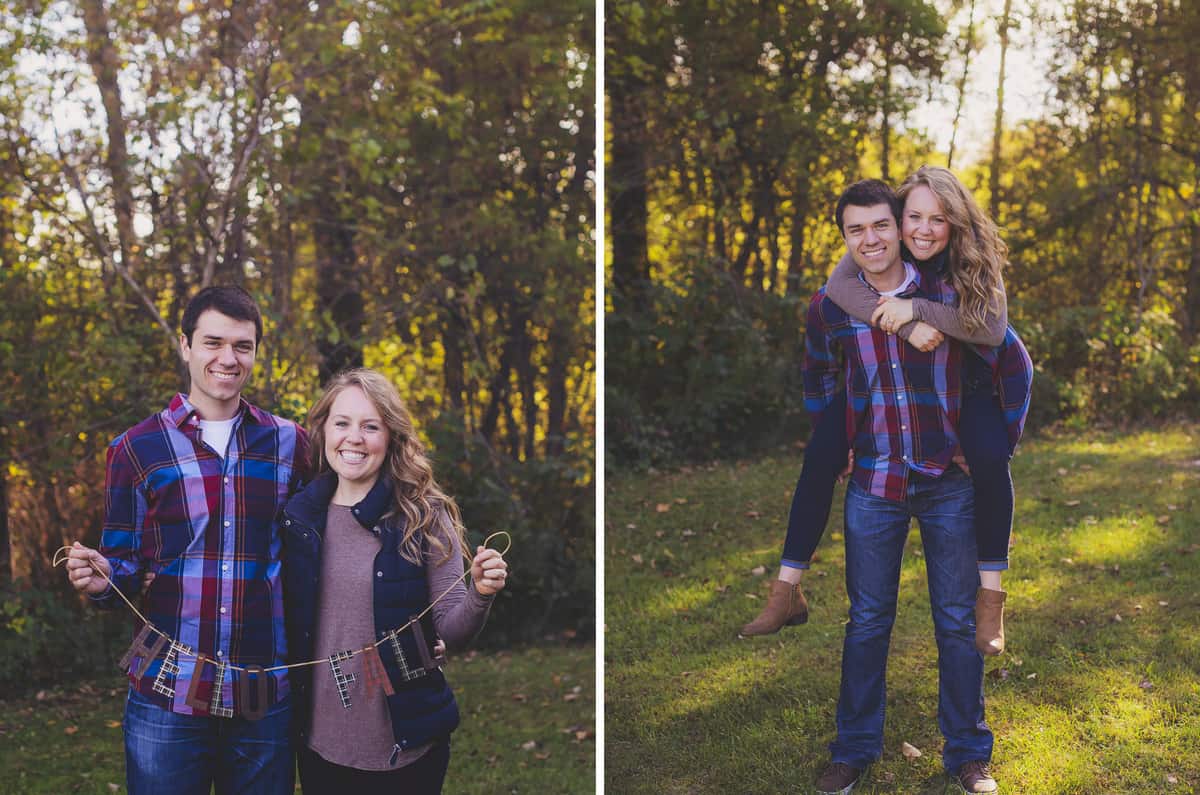 We also got our photos taken in October! Since we’re all friends here I am going to tell you that Ryan and I pulled a outfit re-do. Yes, we wore (almost) the same thing we wore when we had pictures taken 3 years ago! 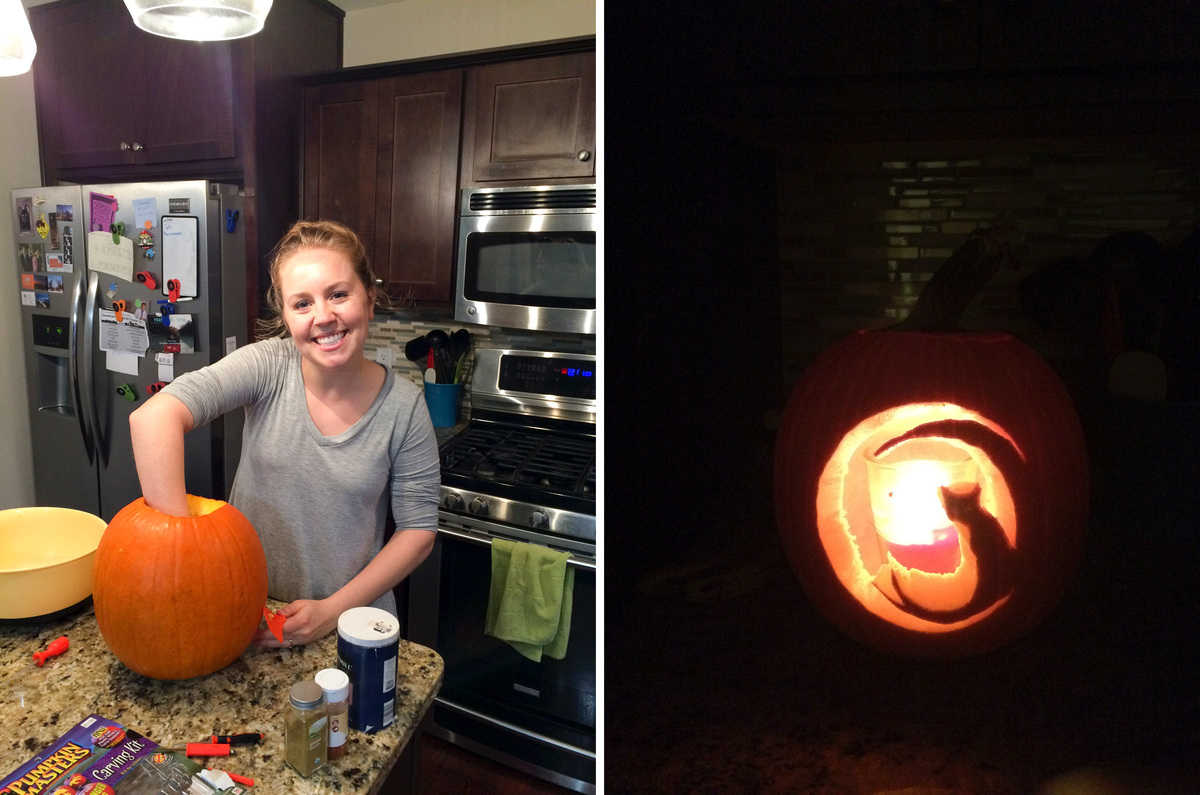 Of course we carved a pumpkin and you’re probably not surprised that it was a cat! 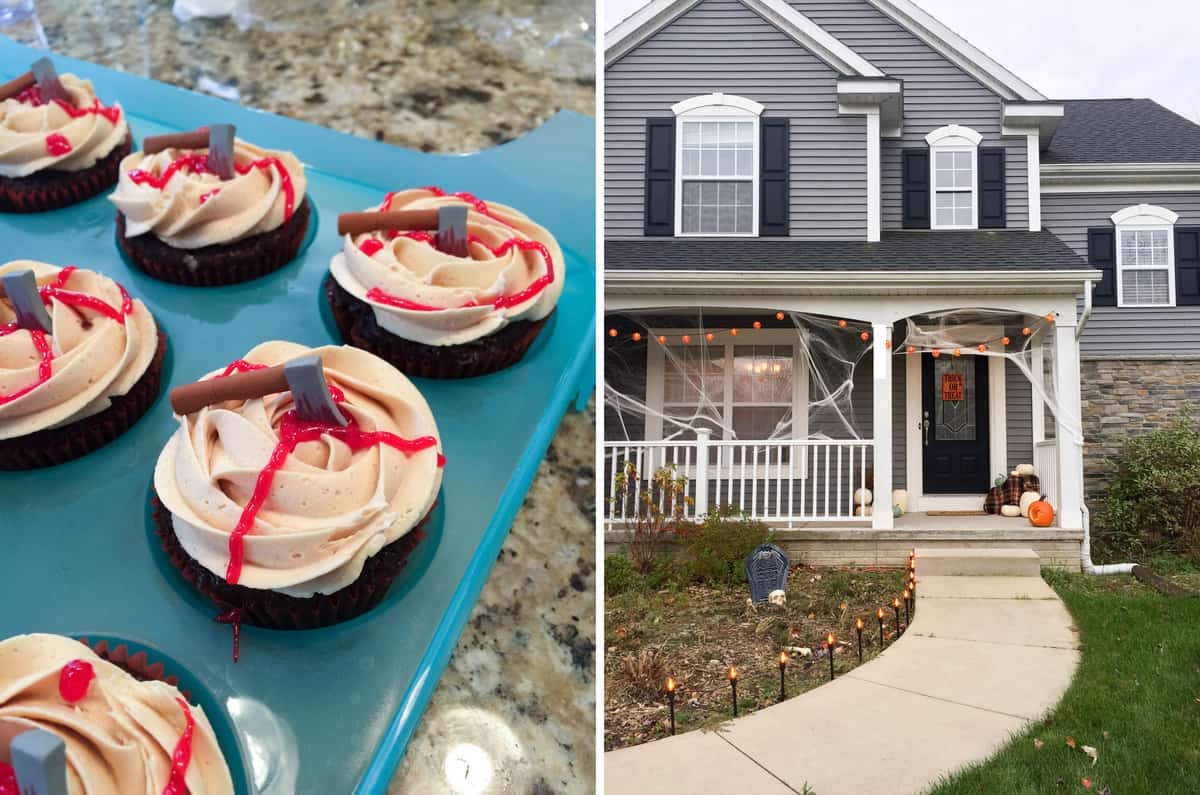 Ryan took a whole bunch of fun halloween cupcakes to work for his coworkers, because halloween is fun to celebrate no matter your age! The second photo – our house all decked out for halloween! I love decorating for holidays and it will be fun to see what we add to our halloween collection each year.

October has been really good. It’s been relaxing after a hard September. But it’s also been productive and busy, in a good way. We tackled a lot of yard work and still have so many leaves to rake in our backyard.

We’ve gotten more plugged into our church with serving and joined a life group! Our LG has already talked about doing a holiday house decorating contest and I’m all about that!

Things are really picking up with my blog, Santa and I share the same busy season :) I invested in a new camera this month, which seems like a big deal and not at the same time! It’s been 4 years since I got my first DSLR. Having a second camera has already come in handy while filming video recipes.

But I’ve noticed that as things pick up, I’ve been setting aside less and less time for Jesus. I need to make time with Him a priority because I want to be more intimately connected with Him.

There are certain seasons where I feel like I am just trying to keep this business afloat in my own strength, so I start tending to business matters right away in the morning, instead of spending time praying or in the word.

I need to intentionally choose Him. Each day. He is the giver of life and while I might find temporary happiness with things of this world, only He gives everlasting joy. And that’s what I want – I want my life to glorify Him.