Out of the Kitchen July and August 2015

July was so busy that I forgot all about sharing our monthly out of the kitchen post! Now that it’s mid-August (where does the time go?!) I’m going to do our first ever combo post – here’s what we’ve been up to for the months of July and August! 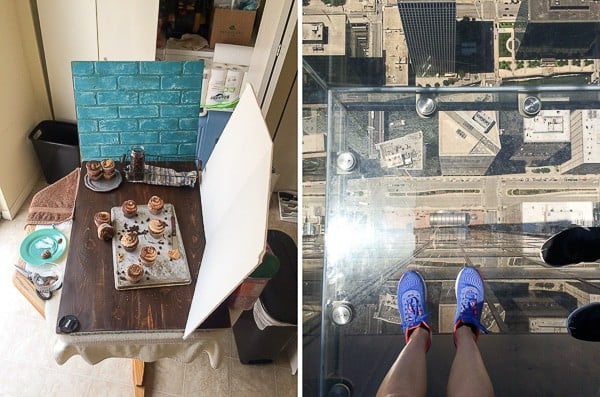 If you love chocolate and peanut butter, these cupcakes are for you! With swirled batter and swirled buttercream, it’s heavenly. The recipe will be coming in a few weeks. The second photo.. can you guess where I am?! Ryan and I took a 2 day trip to Chicago and we stopped to see the Sky Deck at the Willis Tower. 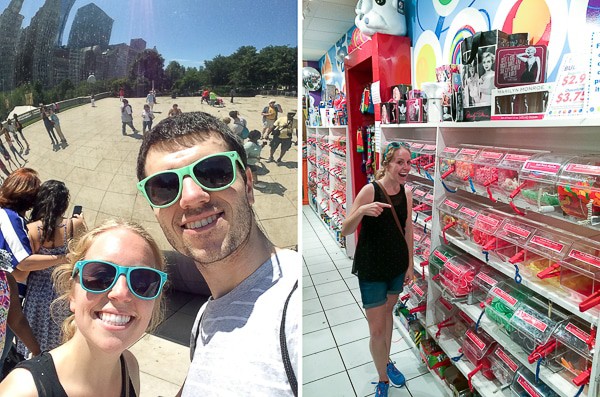 Of course we stopped by the bean too :)  It was SO hot that day! The second photo – even as an adult candy stores are exciting. I secretly love gummy things so I was excited to see endless gummies in all sorts of colors and flavors. Did I buy any? No. Haha. 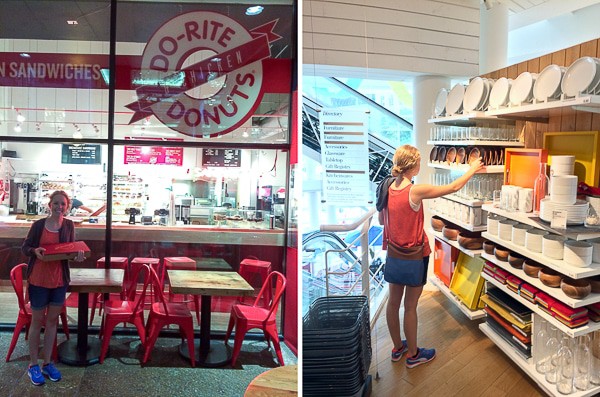 I wouldn’t say this is the primary reason we went to Chicago.. but there is a donut shop in Chicago that sells gluten free donuts and when you have a gluten allergy that’s reason enough to visit a city!!! I ordered a half dozen just for myself. Don’t worry, I still have some in the freezer. The second photo – the food blogger in me LOVES props and Crate & Barrel. Aka another reason to visit Chicago :) 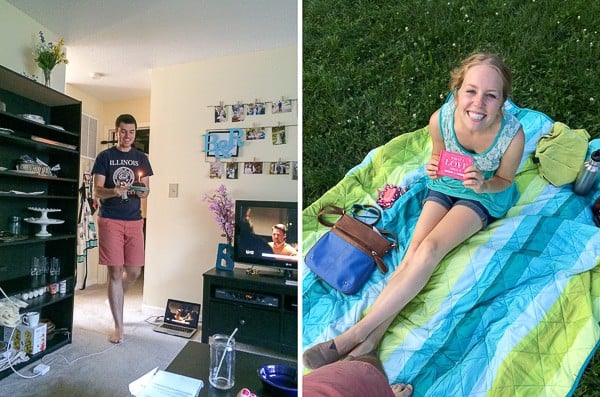 I celebrated my 26th birthday in July, the day after we got home from Chicago, so this year’s birthday cake was a donut, complete with a candle and a singing husband.. awwww! The second photo – Ryan surprised me with a picnic dinner for my birthday and a cute book filled with things he loves about me. 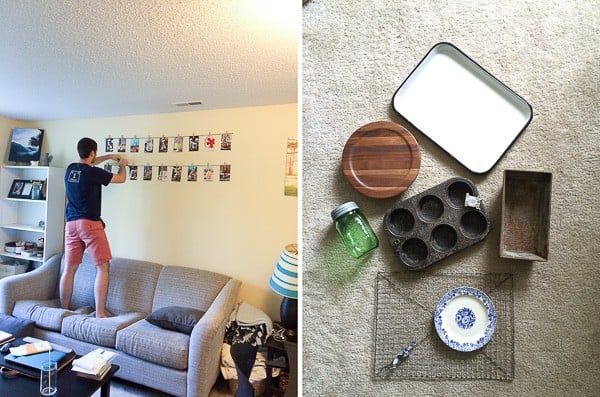 One last birthday surprise, Ryan had some of my food photos printed out and hung them on the wall in the living room. I love having them displayed for inspiration and for friends and family to see. The second photo – I went to the coolest antique market about an hour from where we live. There were 400 booths and it took me 3 hours just to walk through and see everything. Obviously there were some keepers that came home with me! And I discovered that I kind of like bargaining! 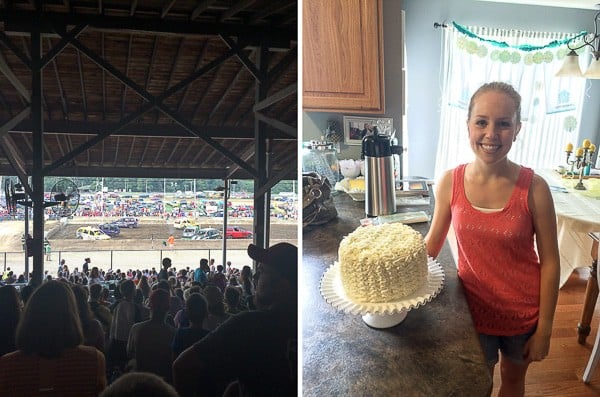 If you read my cherry brownie tart post you know that Ryan and I went to our first ever demolition derby. How did I not know about these earlier?! It’s like real live bumper cars and extremely entertaining. I think it’s safe to say we’ll make sure to go again next year! The second photo – I had the opportunity to make one of my cakes for a wedding shower, and I got to dress it up in frilly buttercream which looked awesome! Transporting the cake was nerve wracking but it arrived in one pristine piece! 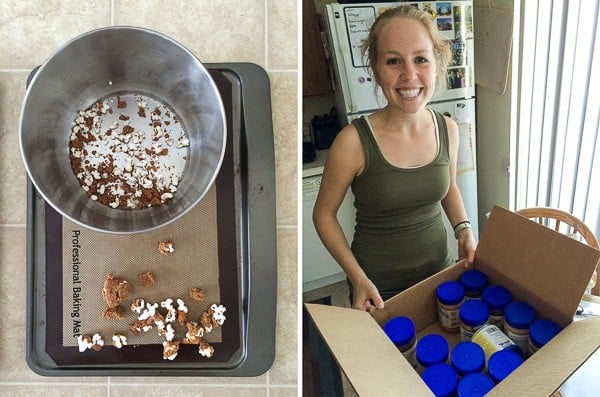 I’ve been working on perfecting my caramel corn recipe lately. This is obviously not a good example of what caramel corn should look like.. the caramel just clumped together when I added it to the popcorn. Good thing I’ve made it 3 times since then and I finally nailed it! You’ll see that recipe coming in September. The second photo – that’s 12 jars of peanut butter!!! I’m working with a peanut butter company to make some thanksgiving pies with a peanut butter twist. So far I’ve made a blueberry peanut butter pie and it got raving reviews! 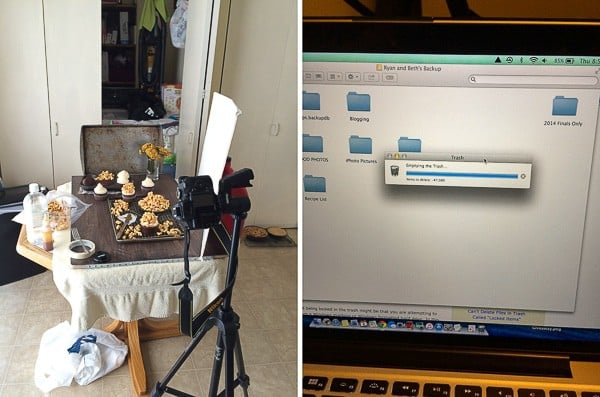 Here’s another sneak peek! This recipe actually uses the caramel corn I just mentioned. I can’t wait until September! The second photo – I know it’s kind of hard to read but I had 47,080 things to delete off my computer. It took like an hour. I was wondering what was taking up so much space on my computer..next time I must remember to empty the trash can because simply putting them in the trash doesn’t delete them… apparently :) 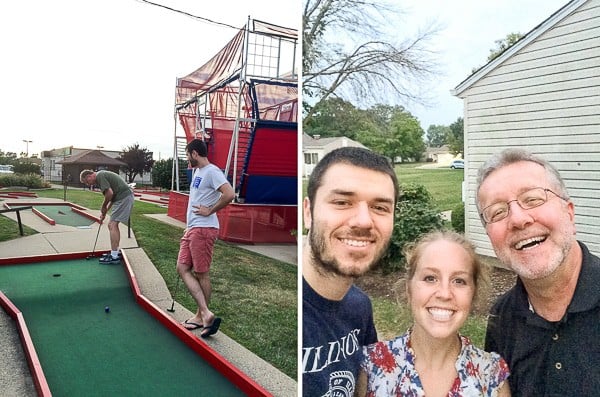 My dad came for a weekend visit which was great! We only visit our families twice a year, so it was great to have my dad visit us! We played putt putt, ate our way around town, and talked about how noisy the cicadas are. Gosh, they really are noisy! I can hear them already while I’m writing this at 3pm! I thought they were suppose to come out at night. 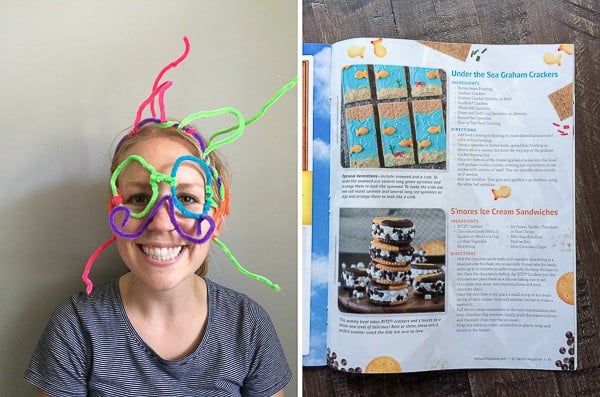 Do you like my glasses?! They also double as a mustache, hand band and earrings. My nanny kiddos are very creative when it comes to working with pipe cleaners! The second photo – I had 2 of my recipes published in a magazine this month!! It’s really cool to be able to see them in print – I still look at the article and can’t believe I made what’s being shown in the photos!

Thanks for seeing what we were up to in the month July and August! See our previous Out of the Kitchen posts.