Out of the Kitchen December 2016

WE’RE BACK WITH ANOTHER OUT OF THE KITCHEN POST – HERE’S WHAT WE’VE BEEN UP TO FOR THE MONTH OF DECEMBER! 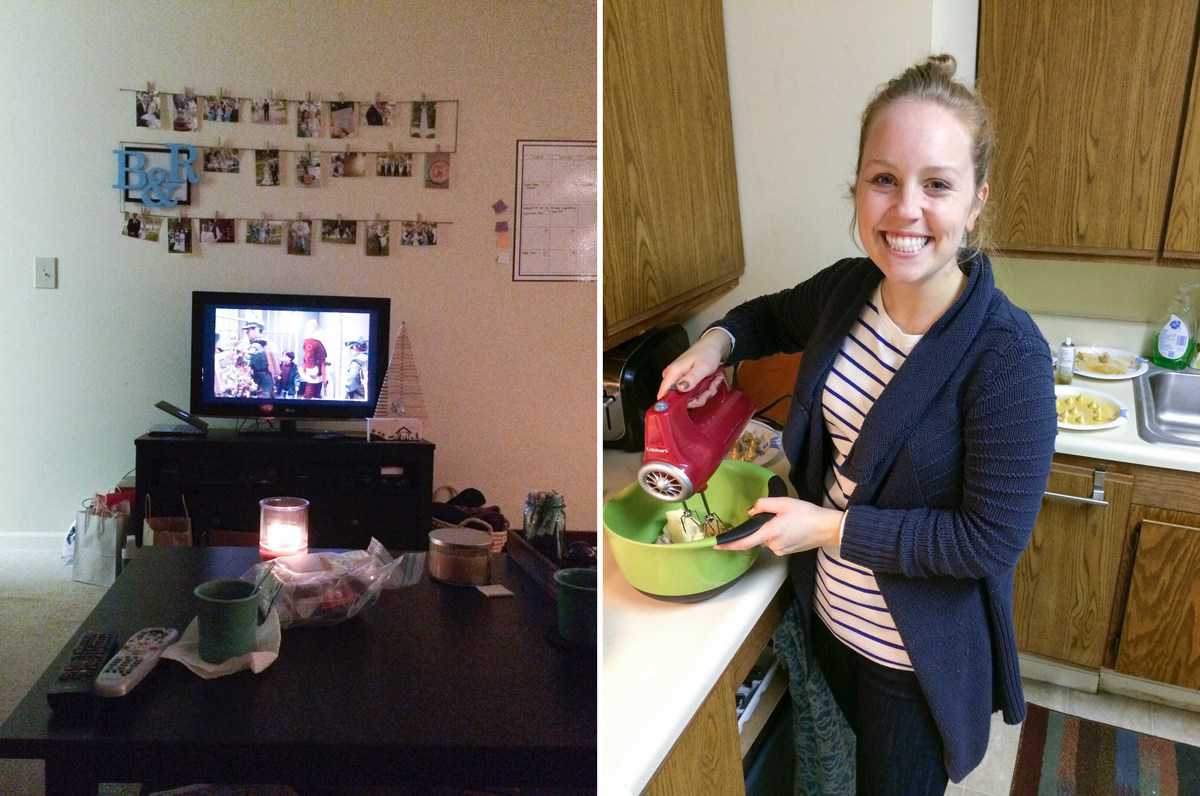 To start off the season we watched The Santa Clause. I remember watching that movie when I was in elementary school and I thought it was SO cool. And I believed I could be an elf, although my older brother and sister said otherwise! Definitely a movie we watch every season. The second photo – photos of me actually baking are hard to come by since I now do most of my baking while Ryan’s at work, instead of in the evenings. I was working on these fun Midnight Kiss Cookies. 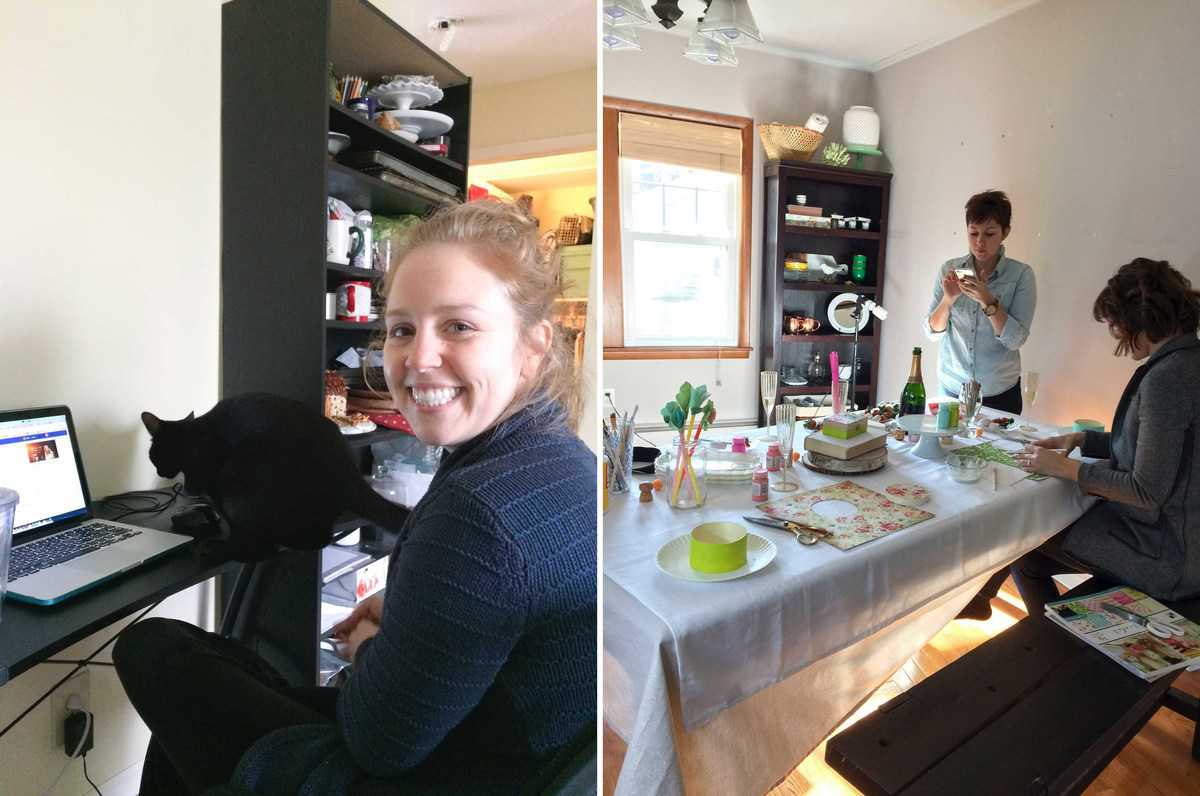 And I just love Salsa our cat. Does anyone else have a cat who likes to sit on their computer? The second photo – Emily (designer at Mrs. Emily) and I went over to Amy’s (craft blogger at Delineate Your Dwelling) house to be her models for a craft shoot she was doing! I adore knowing other creatives. I’ll definitely miss getting together with them once we move. 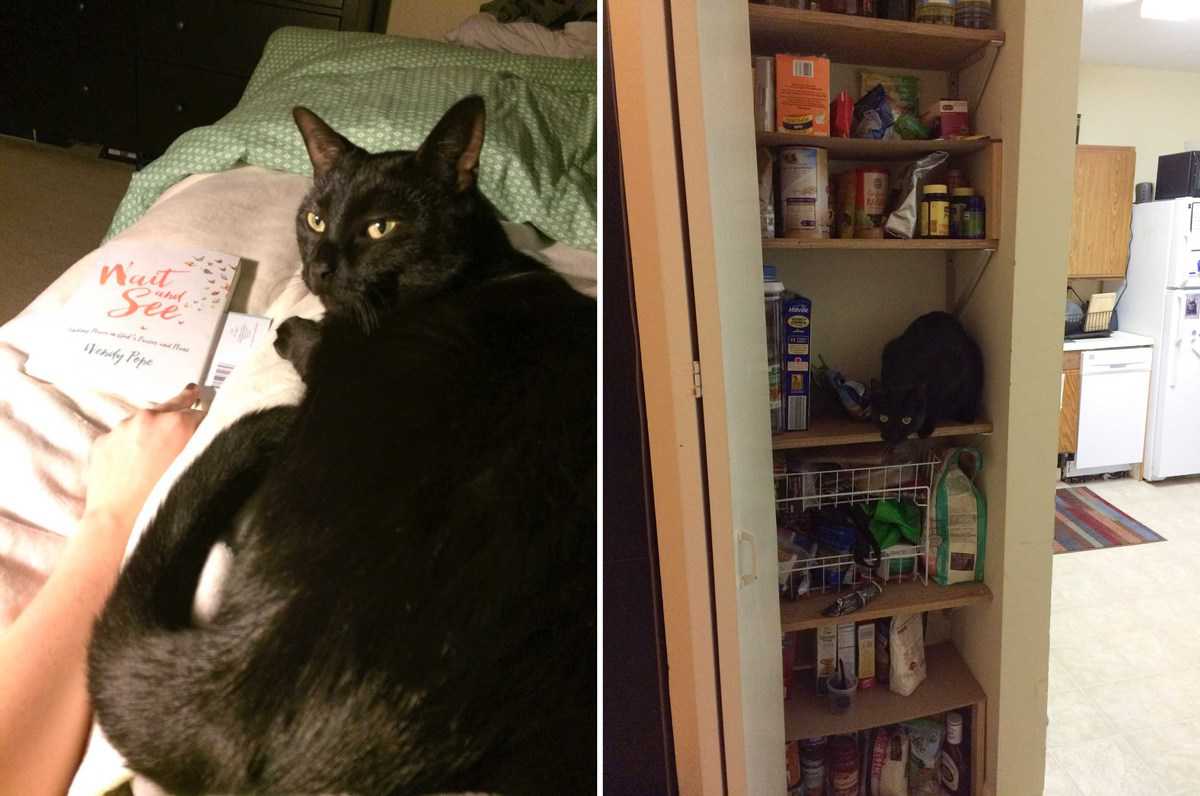 I LOVE when Salsa snuggles with me at night. But why does he always put his butt near my face?! The second photo – Salsa found where we keep his treats. There were bite marks all over the package. 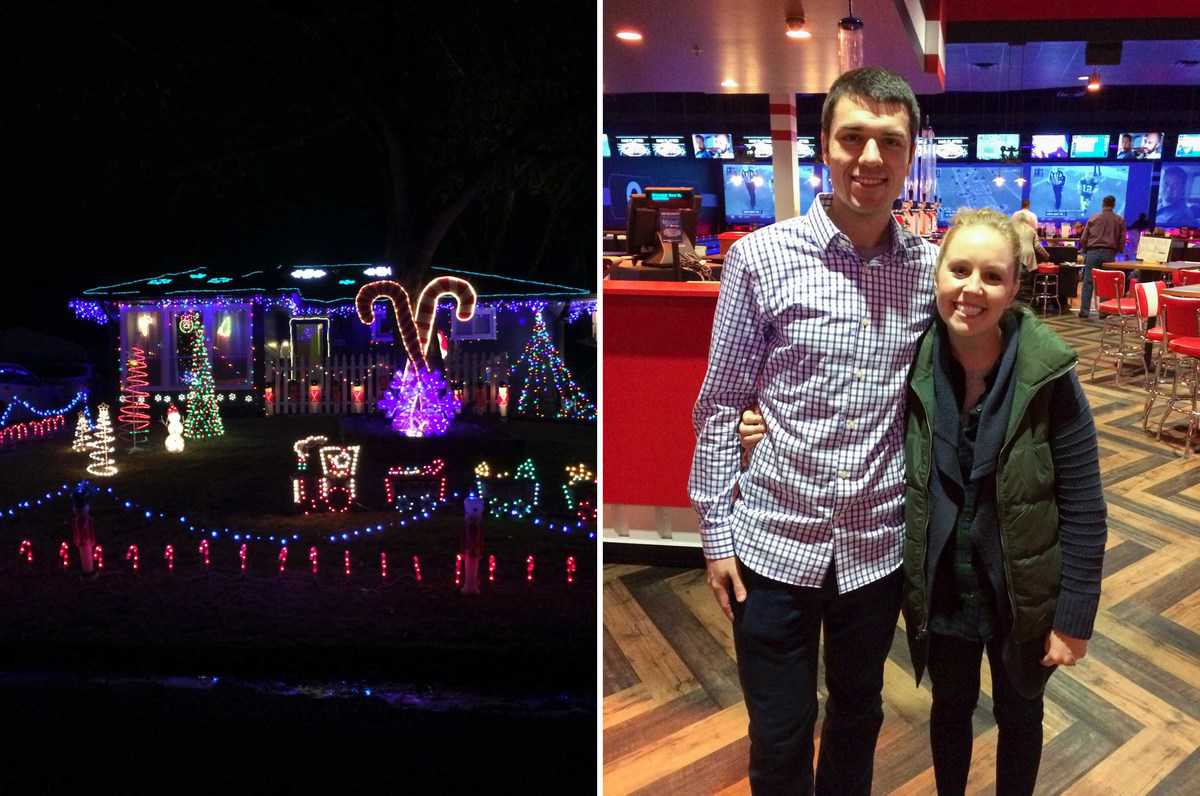 I think it’s so fun when people deck out their yards for christmas. I want to deck out my house some day – maybe not quite so “tacky” (lol – hope I didn’t offend anyone!). The second photo – Ryan and I traveled to Minnesota for Christmas. We spent Christmas Eve with my family – bowling, playing arcade games, and laser tag! 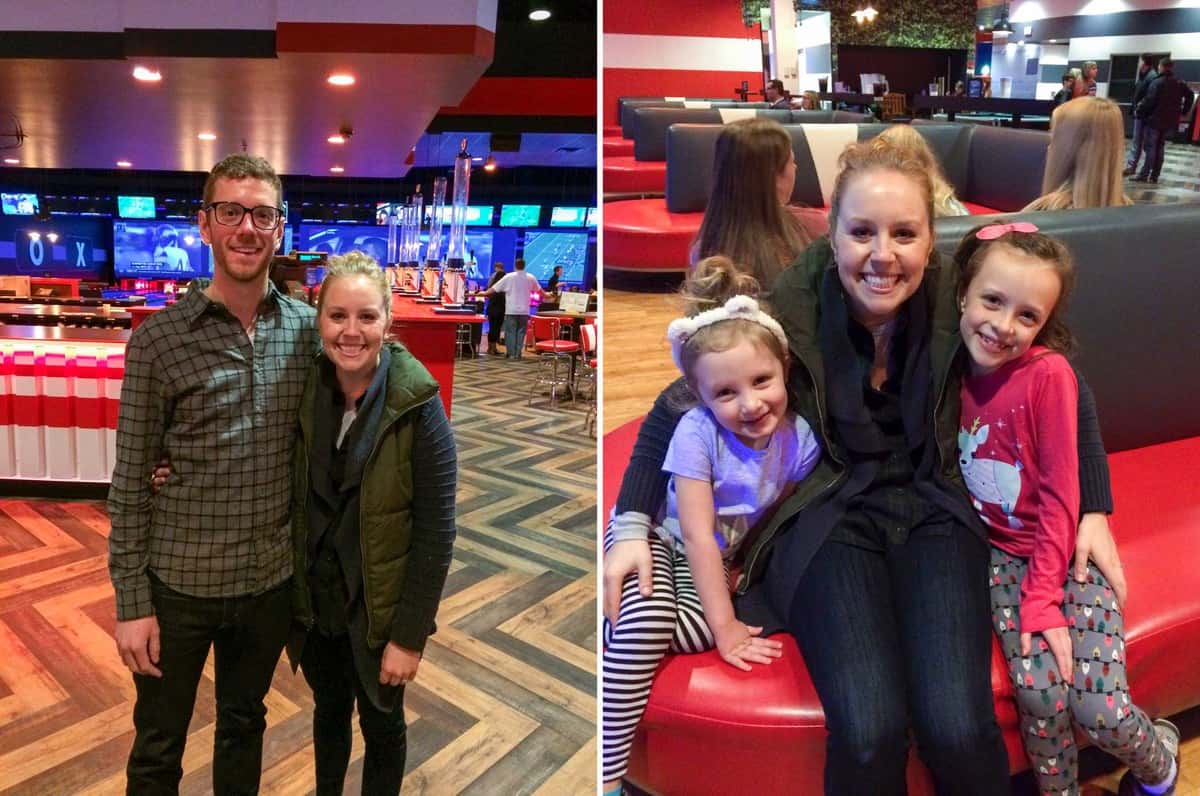 My older brother, Bryan and I. The second photo is of my two nieces! 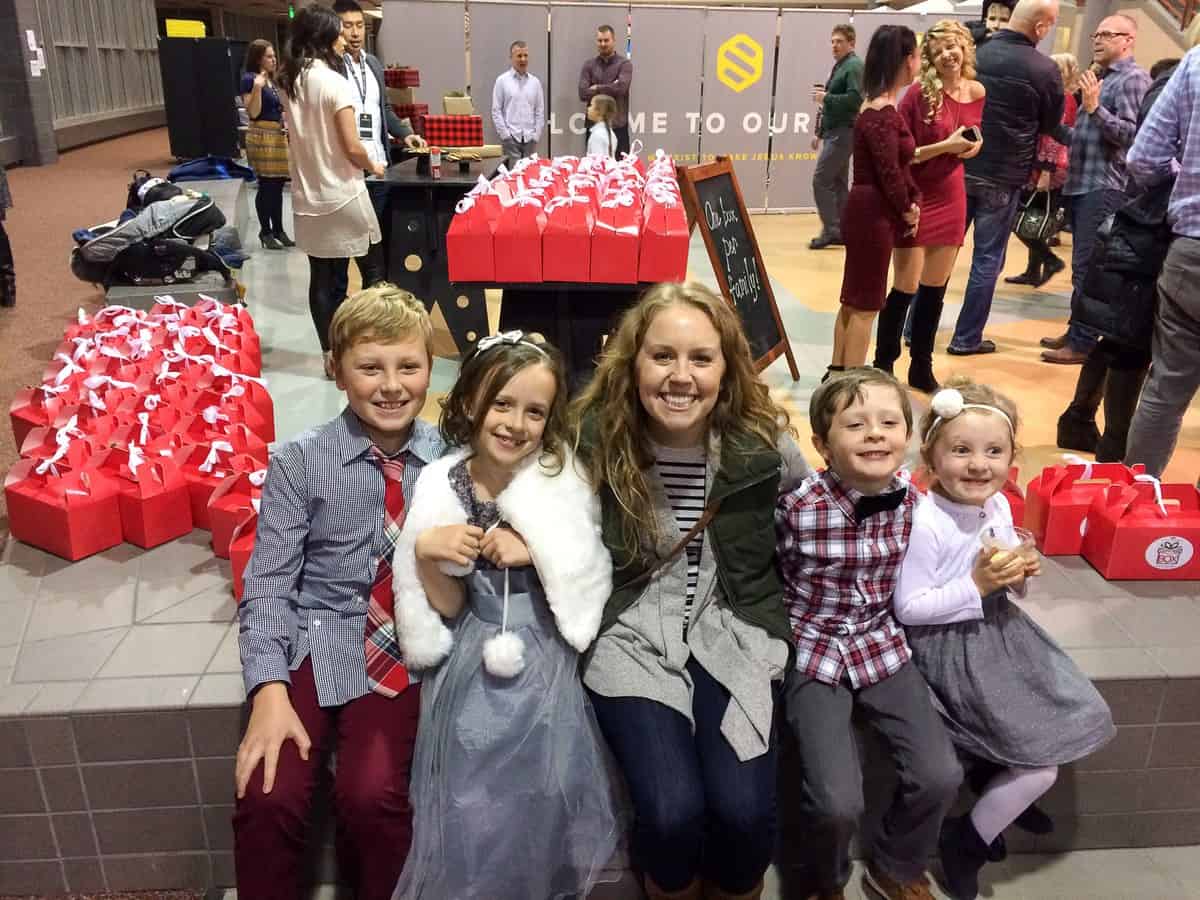 And a cute picture with 4 out of 5 nieces and nephews. It’s really fun spending time with them! 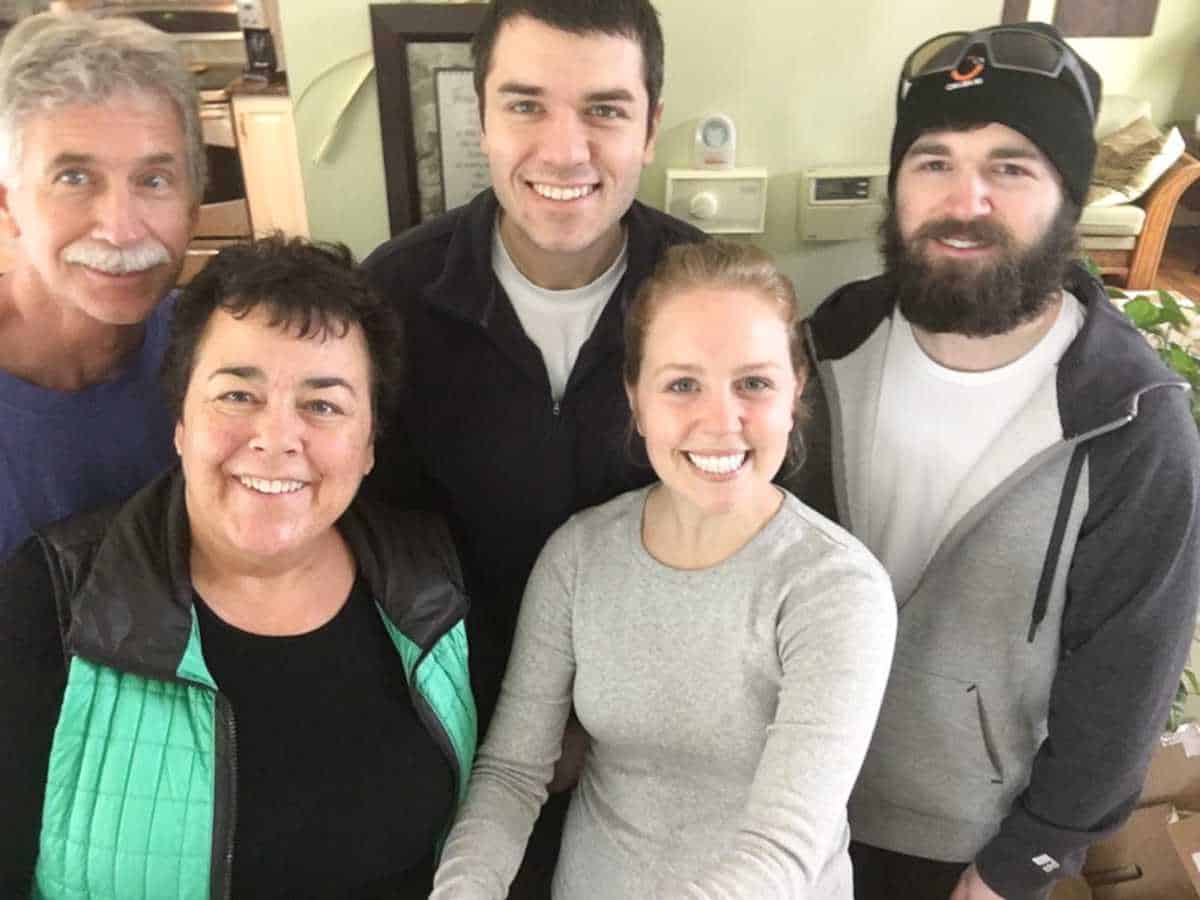 We spent Christmas Day with Ryan’s family – hanging out, eating and playing with our new amazon echos! 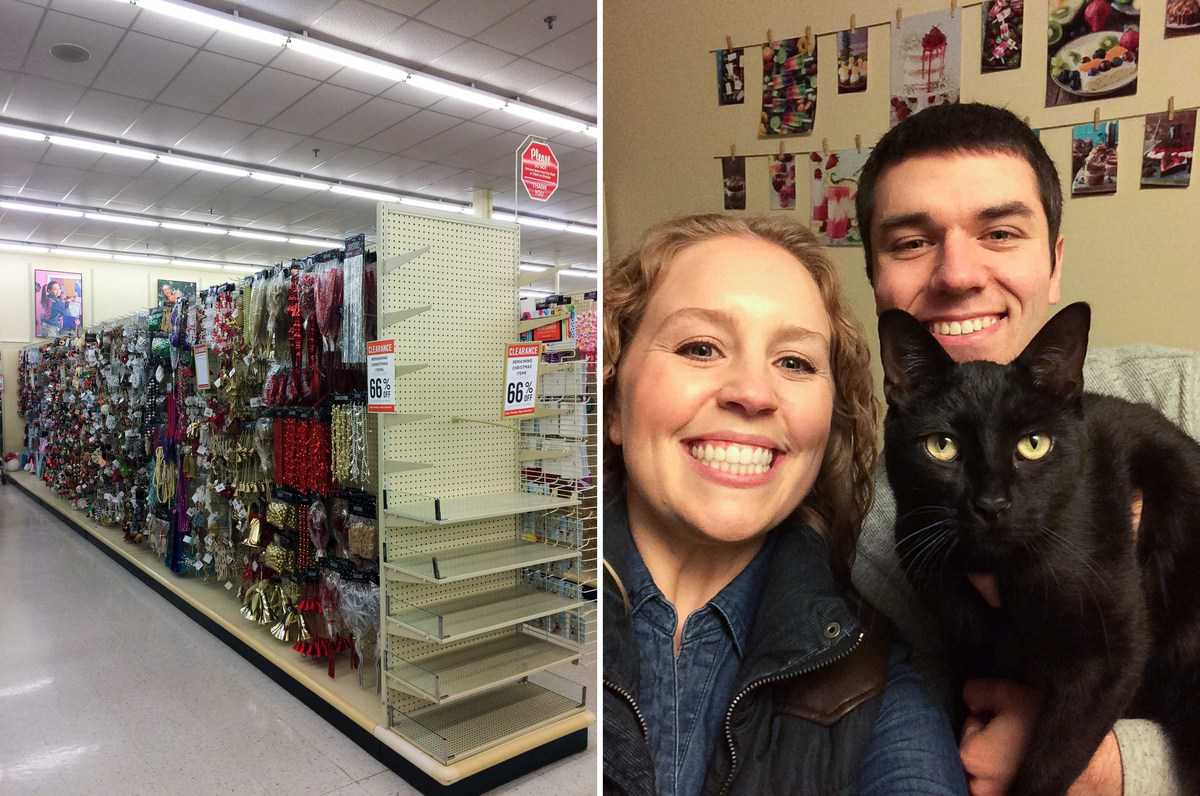 I made it my mission to go to Hobby Lobby for their post christmas sale. They had a lot of stuff – I got a few boxes of lights and a fun hanging sign that tells you how to make a peppermint mocha. The second photo – our family new year’s eve photo! Salsa was not having it, we took like 15 to get one good one.

2016 was one awesome year. We became debt free, I started blogging full time, Ryan accepted a job offer for post PhD. We grew closer to friends and have established relationships that will be really hard to let go of once we move.

This year I walked through paralyzing anxiety but have learned so much about myself as a result of going to counseling. I’ve learned how to slow down. How to be okay with not meeting everyone’s expectations. I’ve learned that I’m changing and that change isn’t negative. I am now in a place where I can be thankful for my anxiety – at least some days. Thankful for how it’s changed me, taught me to be vulnerable, and drawn me closer to Him.