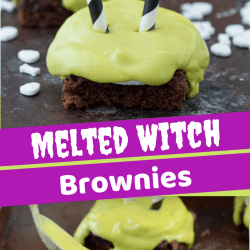 Celebrate Halloween with melted witch brownies! These halloween brownies are so cute, simple to put together with a box of brownie mix, marshmallows, and candy melts!

I have been melting a lot of witches lately!

To make these adorable melted witch brownies you will need..

How to make witch brownies

How to make witch’s legs 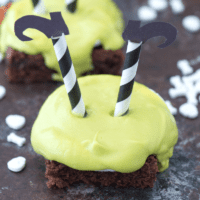