Easy Oreo Cupcakes – The only thing better than a stack of oreo cookies is an oreo cupcake. If you are the type of person who likes food combinations, like a snicker’s bar + donuts = snicker’s donuts or rolo’s + brownies = rolo brownies, then I think you’ll like this combination.. oreos + cupcake = oreo cupcake :) 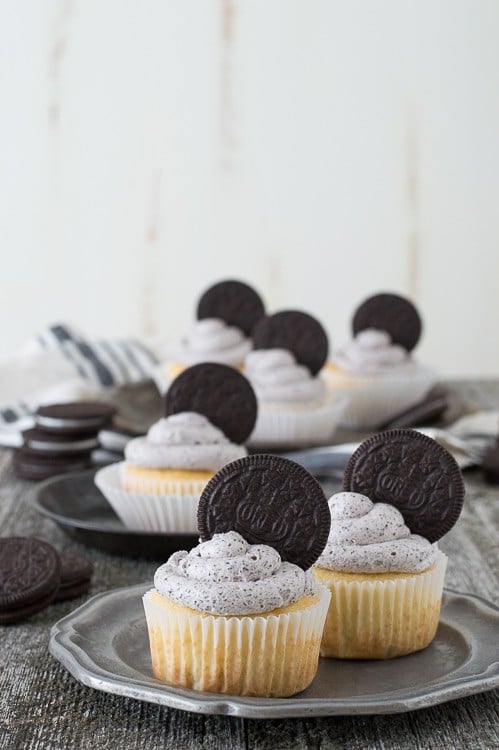 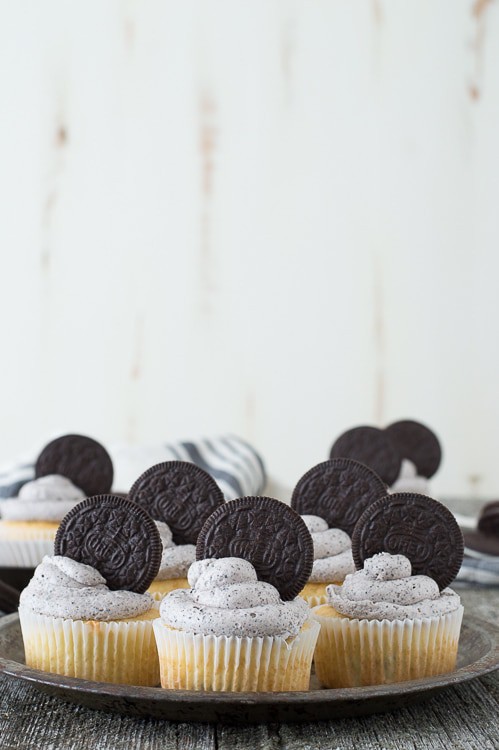 There are a ton of things that go well with oreos..

But this oreo cupcakes creation may just be the best thing that’s ever happened to oreos. It’s not just an oreo cupcake – it’s a cupcake with a whole oreo baked into the bottom and then it’s topped with homemade oreo buttercream.

Does it sound good? Because, trust me, it’s really good. And here’s my favorite part… it’s easy to make!

For these oreo cupcakes you’ll need a box of white cake mix (plus the ingredients on the back of the box), powdered sugar, butter, vegetable shortening, and oreos. You’ll also need a muffin pan, cupcake liners, and a piping bag or a large ziploc bag with one corner cut off. 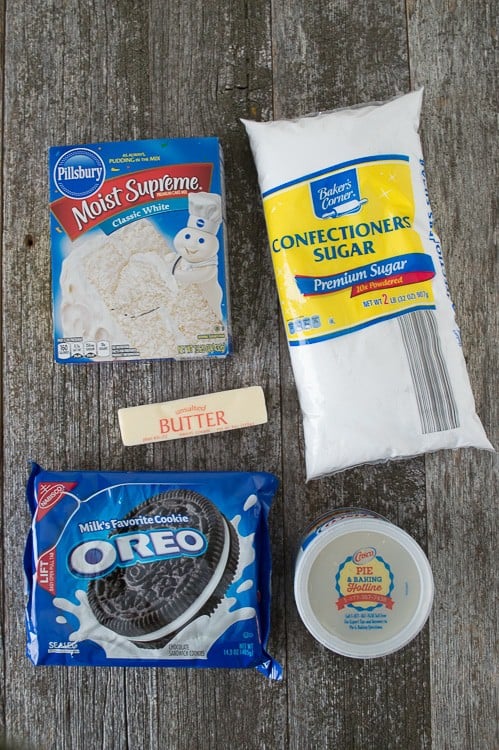 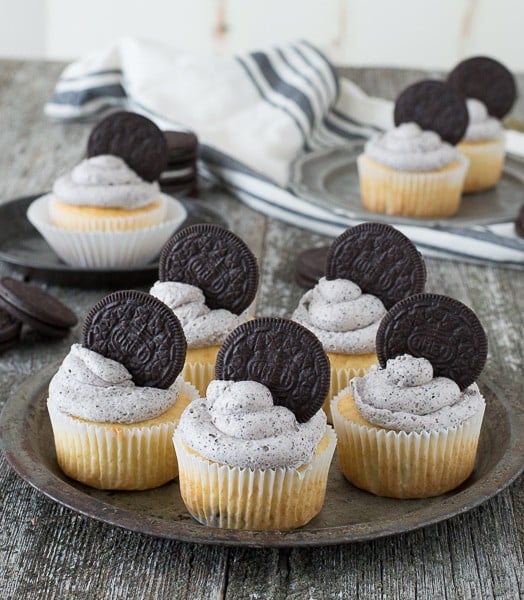 If piping frosting onto a cupcake seems a little intimidating, I’ll let you know my secret.. I used to be intimidated too! But, it’s not difficult to do once you try it out. Also, this oreo cupcakes recipe is designed so that you don’t need any special equipment like fancy piping tips, a ziploc bag with one corner cut off is perfect. Instead of zipping the bag closed, be sure to twist the bag several times where the frosting ends.

For the buttercream on these oreo cupcakes, I started piping on the outside edge and made my way in towards the middle of the cupcake, stacking the frosting as I went around in circles. 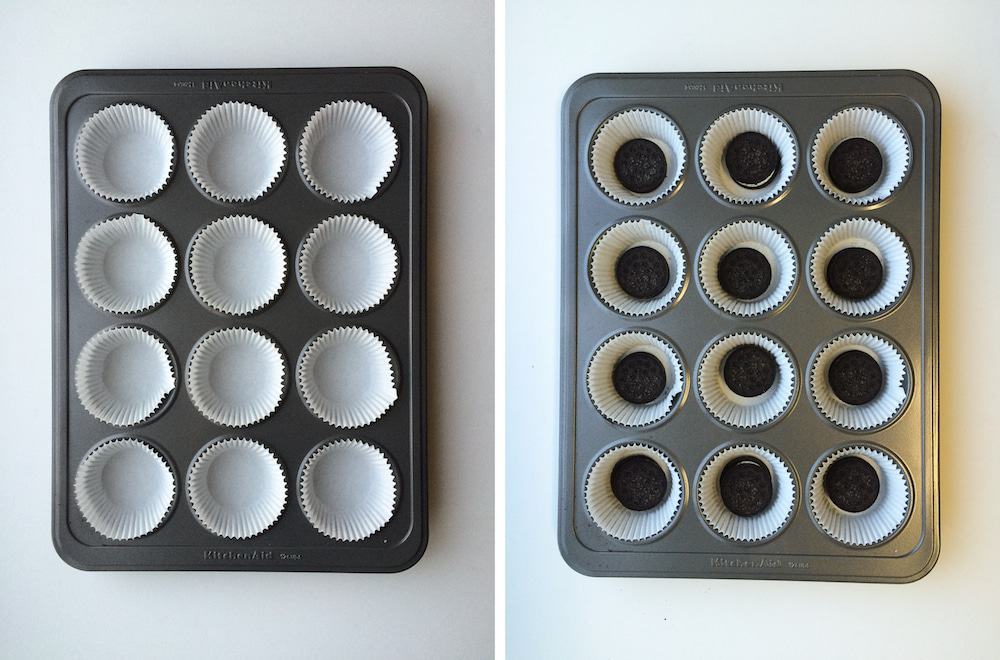 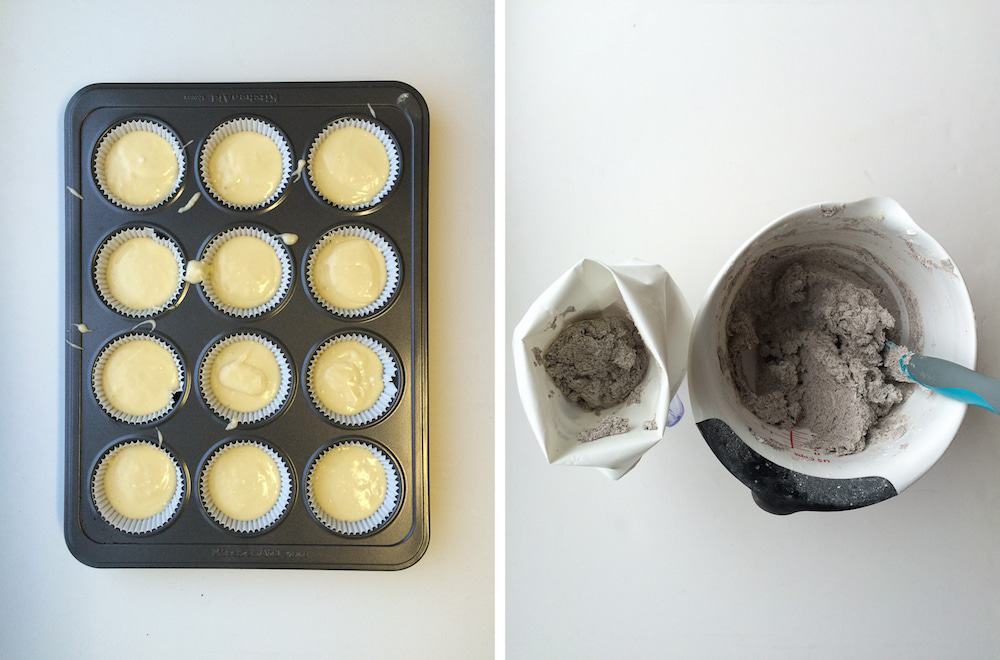 Place your choice of cupcake liners in a muffin pan. Then place one oreo in each cup. Divide the batter among the cups, filing them about slightly over 1/2 full. Don’t get crazy when filling the cups with batter, because the cupcakes will puff up a ton when baking. 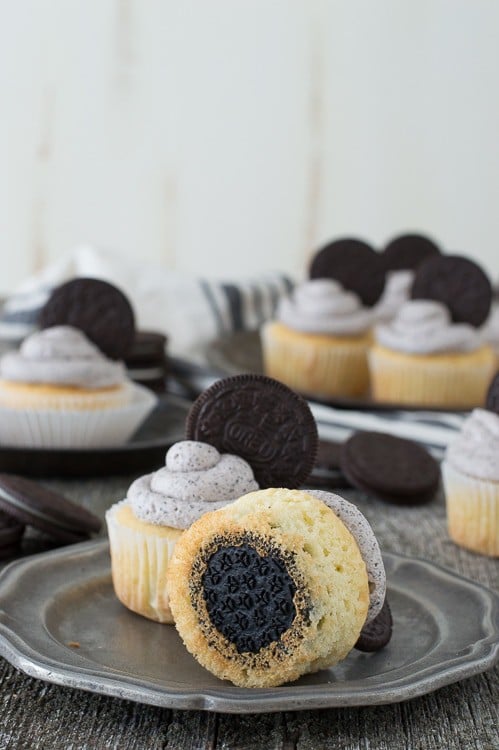 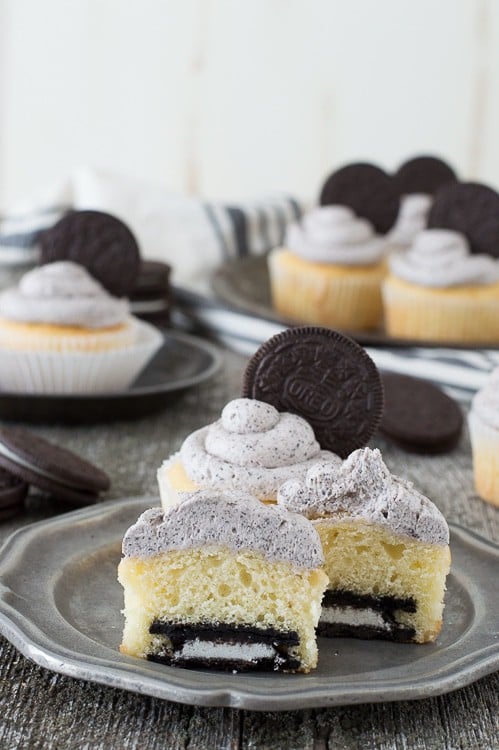 With a surprise oreo baked into the cupcakes, these oreo cupcakes become irresistible!

It is best to eat the cupcakes the same day you add the frosting. See the baking tools we used in our amazon affiliate store. 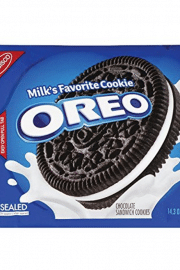 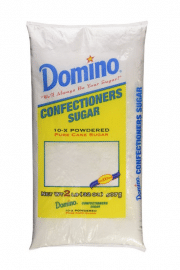 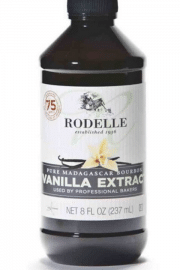 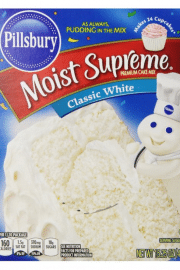 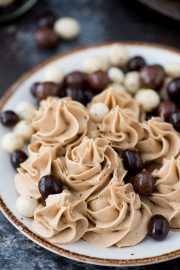 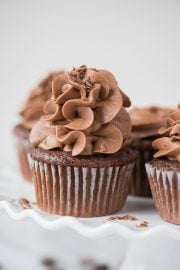 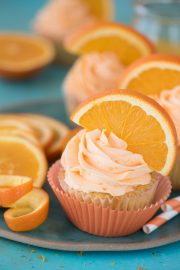