Galaxy Monkey Bread Muffins! Monkey bread turned into muffins with galaxy sprinkles and black cream cheese glaze! These are out of this world! 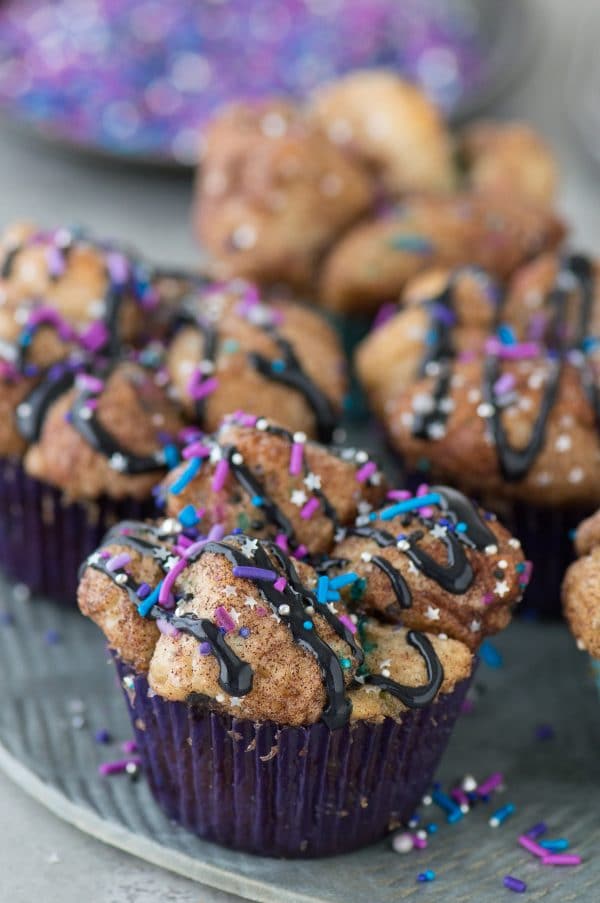 I hope you’ve tried the deliciousness that is monkey bread before! It’s amazing. Like a cross between a cinnamon roll and cinnamon roll bites.

Monkey bread is typically made in a bundt pan but you can scale the recipe down and make it in a muffin pan! That way you get individual monkey bread muffins and they bake quicker so you get to enjoy them sooner! 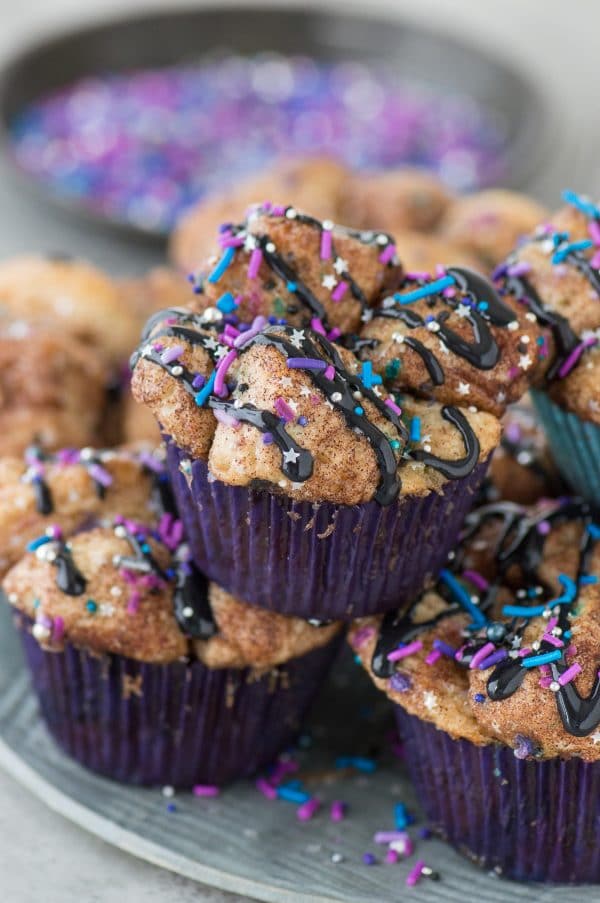 I used two 12 oz cans of refrigerated biscuit dough and that made 12 large muffins.

I have to admit that I am a little afraid of canned biscuit dough! It scares me when I have to pull the paper off to get the can to pop.

And then sometimes it doesn’t pop and you have to whack it against the kitchen counter like 5 times. I usually ask Ryan to open the dough because I hate the surprise element – reminds me of a jack-in-the-box!

After the biscuits are opened, cut each biscuit into 4ths or 8ths. The only difference is how small you want each individual cinnamon bite to be. I cut mine into 4ths and didn’t see have issues with that. I may try cutting them into 8ths the next time around just for kicks – so it’s up to you!

Once the biscuits are cut, place them in a bowl or ziploc bag. Add the sugar, cinnamon and sprinkles, then cover the bowl or close the bag and shake until the pieces are evenly covered. 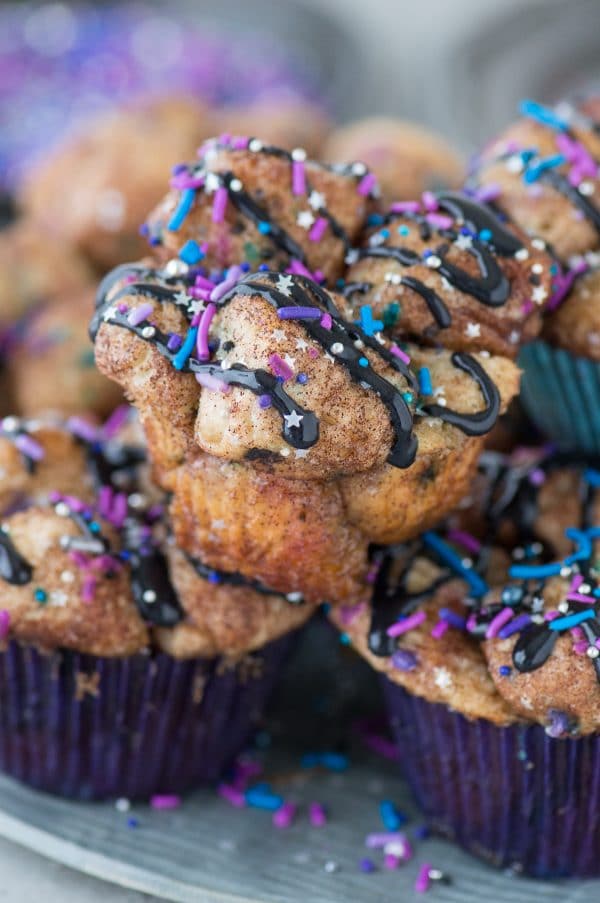 I bought a container of sprinkles from the Sweetapolita Shop to use in this recipe for a galaxy cake roll and I was really surprised by how long the container is lasting. It only contains 1 cup of sprinkles but I used a generous amount for the cake roll and that bottle was still about 6/8ths full!

So I decided that the galaxy sprinkles would make another appearance so now we have galaxy monkey bread muffins! 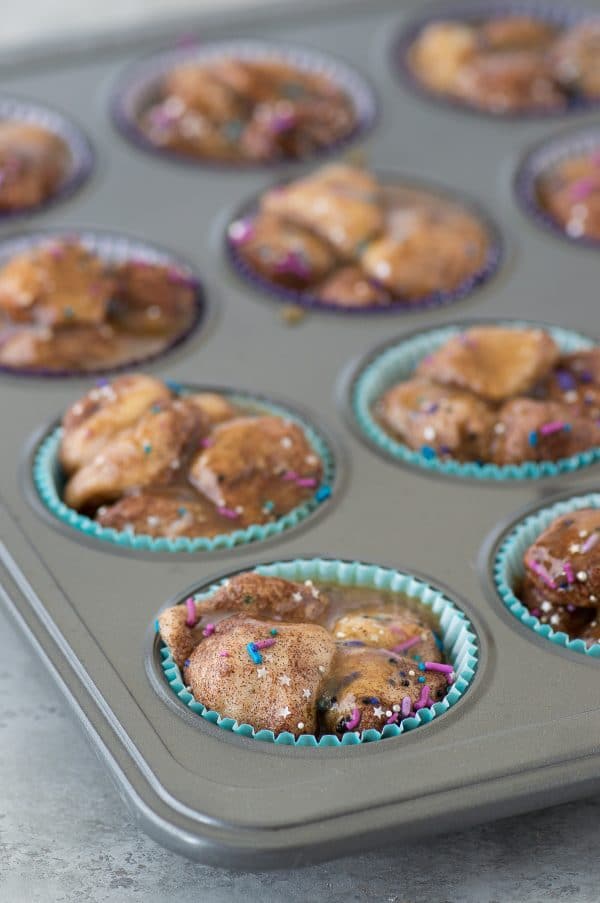 How could any kid or adult say no to a cinnamon roll muffin decked out with awesome sprinkles and out of this world galaxy black glaze?! 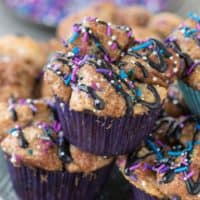