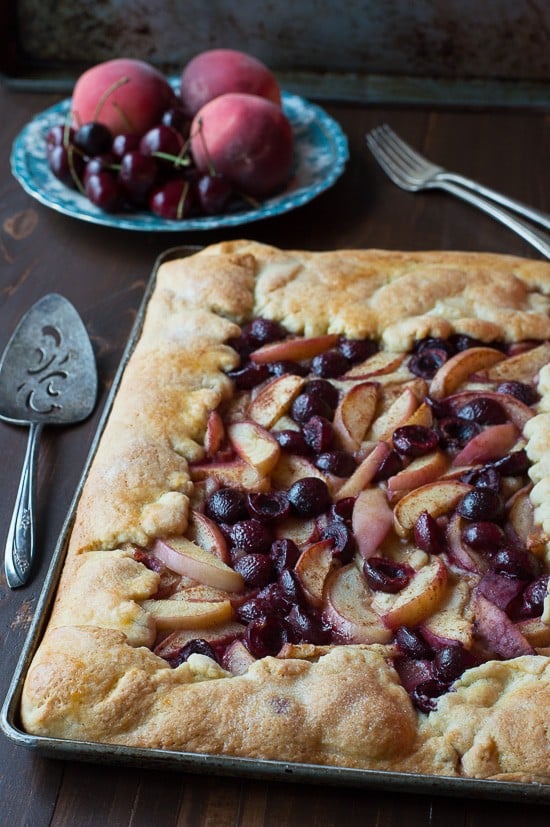 A few weeks ago I brought home a huge watermelon from the grocery store. You have been finding them at your grocery store too? I was so excited, I love watermelon! I sliced it all up and managed to fit it in a few different tupperware containers. I really need to buy one big tupperware container because the watermelon always ends up in like 3 different containers because there is just so much. But I’m not complaining.. I have a husband. Meaning I have a living, breathing garbage disposal. So when Ryan came home from work I put some watermelon on the table to have with dinner and I said “we have watermelon!” And you know what Ryan said? “I don’t like watermelon.” WHAT?!!!

Okay, no big deal. I can surely eat a 15 pound watermelon by myself.. said no one ever. A few days passed and I was’t even making a noticeable dent. So I started to get desperate to find people to help me eat this watermelon. I convinced Ryan to take some to his chinese co-workers, which worked out great because they love watermelon. I also brought a ton for my nanny kids to eat, good thing they love watermelon too! I’m starting to think Ryan is the only human being who doesn’t like watermelon.. 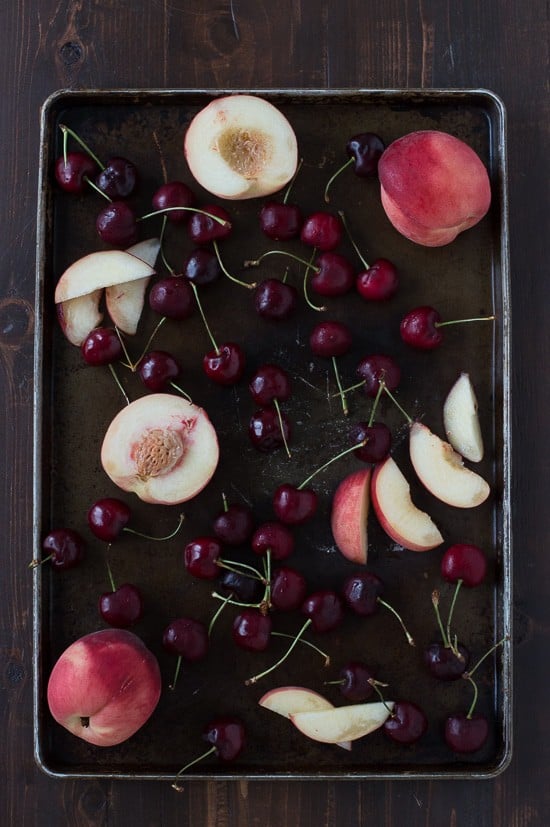 Fast forward to yesterday. I was at the store again and the watermelons were on sale and they looked so good. I’m sure you can figure out what happened.. I brought home another giant watermelon.

Lucky for Ryan I brought home some cherries too, which I know that he loves those! Combined with some white peaches, I made a tasty cherry peach slab pie. I thought about negotiating with Ryan.. “You can have a piece of pie if you eat 7 pieces of watermelon,” ..haha, I didn’t do that, but it could be a good strategy to get your kiddos to eat their dinner before dessert. 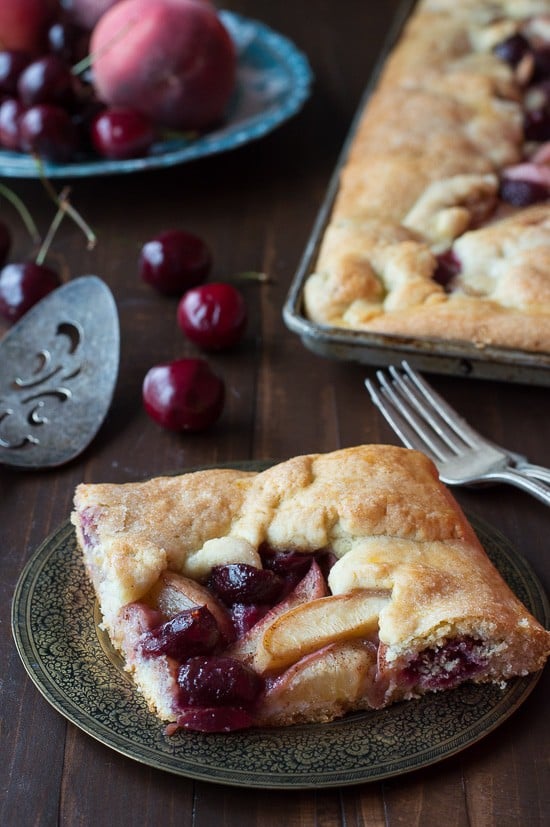 This slab pie is easy to make and you can substitute in any fruit. You could also turn this recipe into a galette, which is a circle out of the pan pie, where the center of the pie is uncovered, just like this slab pie.

One tip – you’ll need to let the dough refrigerate for at least 1 hour. I’ve also found it super handy to make the dough a few days in advance, that way it’s ready to use whenever I need it. 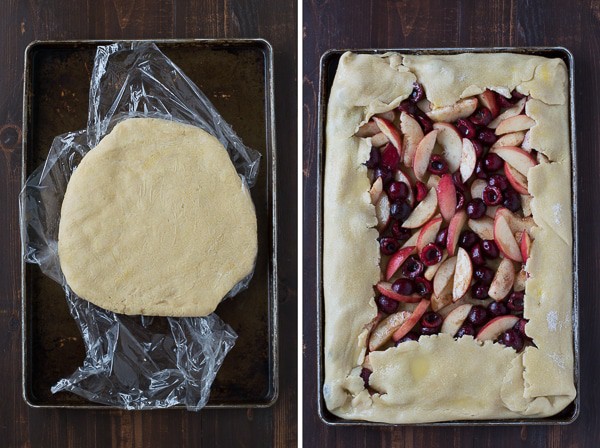 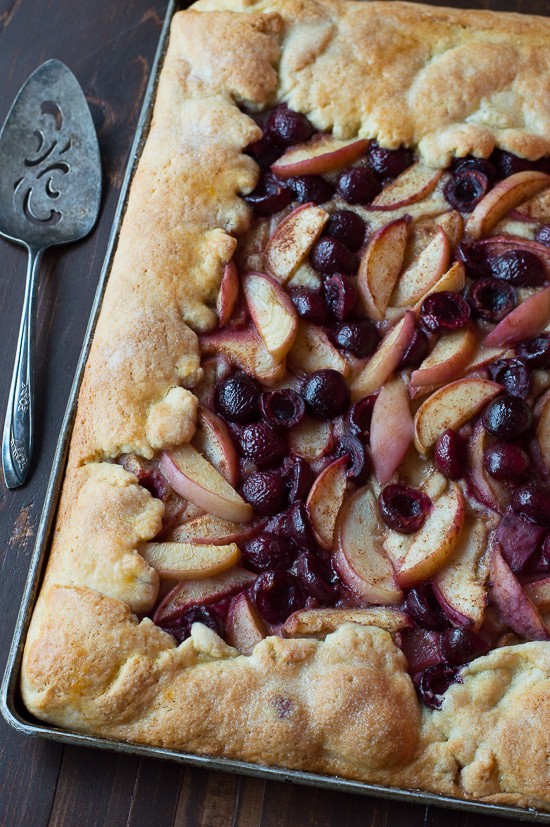 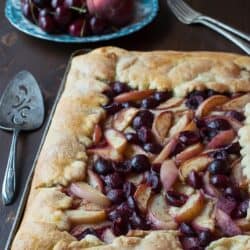 5 from 1 rating
Prep Time: 20 mins
Cook Time: 35 mins
Total Time: 55 mins
Yield: 20 servings
This slab pie is easy to make and you can substitute in any fruit. You could also turn this recipe into a galette, which is a circle out of the pan pie, where the center of the pie is uncovered, just like this slab pie.
Print Recipe Pin Recipe Rate Recipe