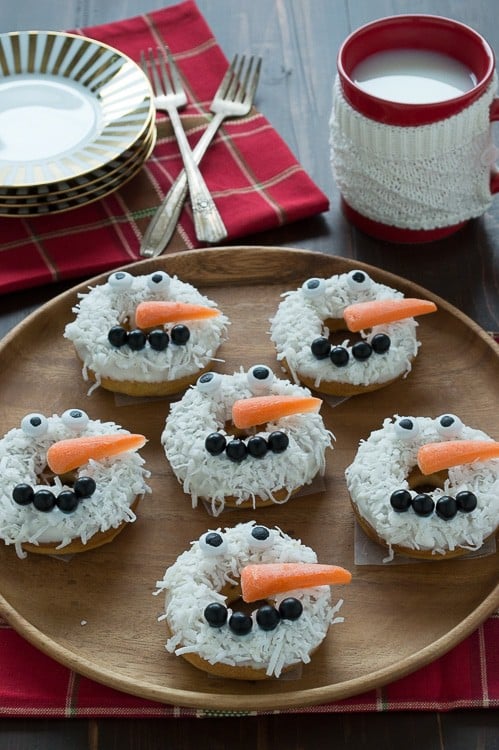 How long did you think I’d go without posting a donut recipe? :) I bet some of you were starting to think that I didn’t like donuts anymore!

Well, don’t fear, I still like donuts. Especially if they look like snowmen!! Actually, it was really difficult eating these guys because they were just too cute. But if I handed this plate of donuts to preschoolers, I am very confident they would have had no problem eating them.. eyeballs, carrot noses and all! 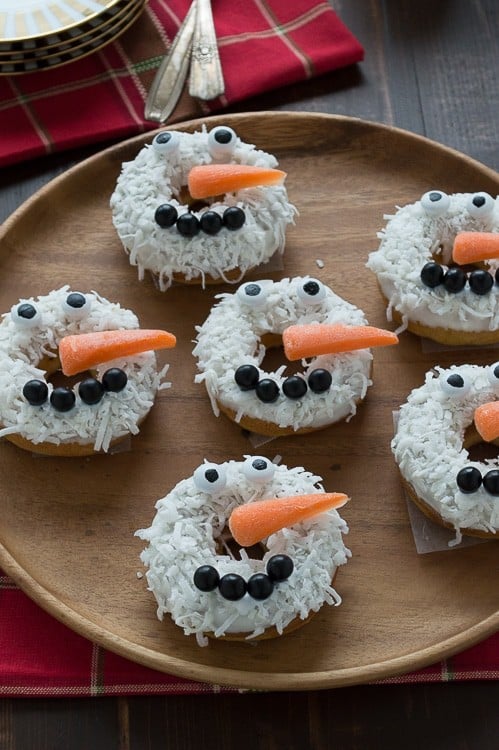 In fact, I was so determined that we ended up going before it was technically ‘open’. Which I don’t get if you spend all that time decorating your house and yard, hauling TONS of christmas decorations out of storage and setting them up in anticipation for the light display, why wouldn’t you turn them on? I mean, I can see them sitting in your yard.. turn them on! So we might just have to go back once it officially begins.

After looking at the christmas, or lack thereof, I was trying to explain to Ryan that I really love decorating for any holiday. I told him whatever normal people do to decorate for the holidays, I want to do it but times ten! So naturally he thought if normal people put up one strand of lights, I want to put up 10. Yes. I wouldn’t mind 10 strands of lights, because right now we have one.

I also dream of having crazy inflatables, reindeer, and a manger. I don’t suppose my landlord would appreciate the fact that the decorations would have to stay up all year since I have no where to store them :) I’ll just have to wait until we own a house.. in 10 years!

This recipe is very simple. First, you will make the caramel donuts, dip them in white chocolate and top them with coconut. Now you have a caramel coconut donut! To make a snowmen, cut 6 carrots into long triangle shapes (like noses) and attach them to the donuts using a toothpick. Stick one end of the tooth pick in the carrot and stick the other in the donut where you want it. 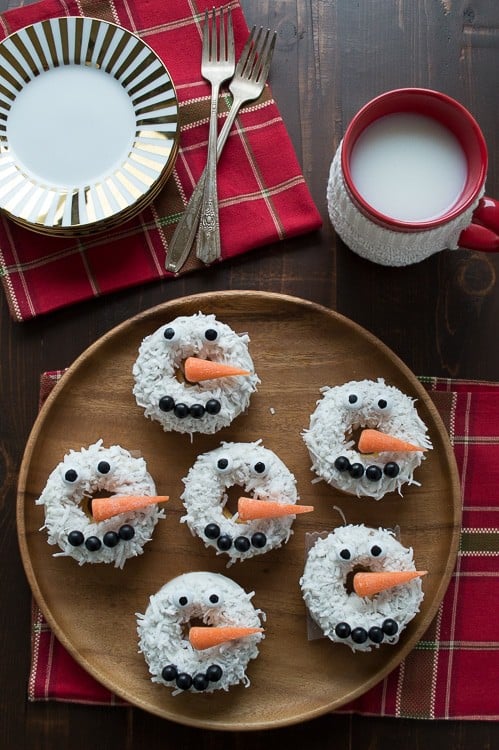 So if my love for christmas decorations wasn’t enough of an indication of what kinds of recipes I’ll be sharing this season, they are all going to be super christmas-y and super cute. I have a new found love for cute treats, which I already shared a few, but there are more! 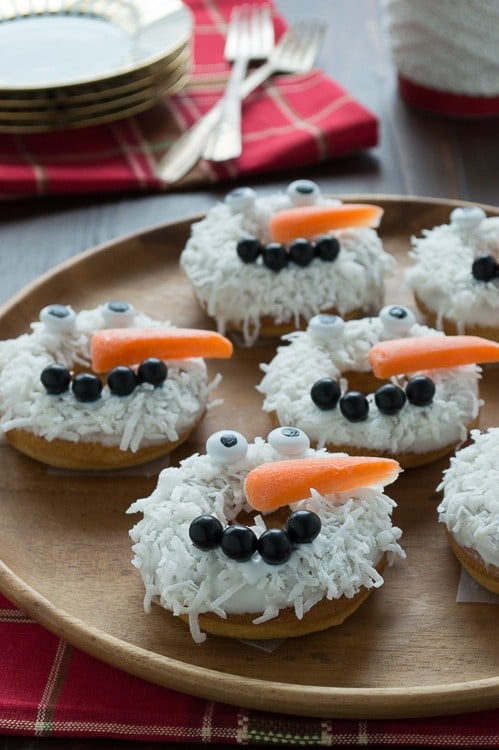 I hope these bring a big smile to your face :) 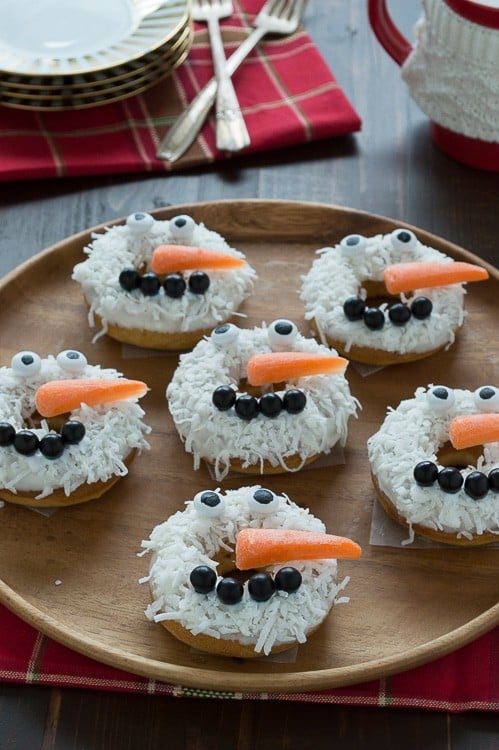 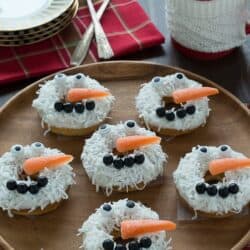