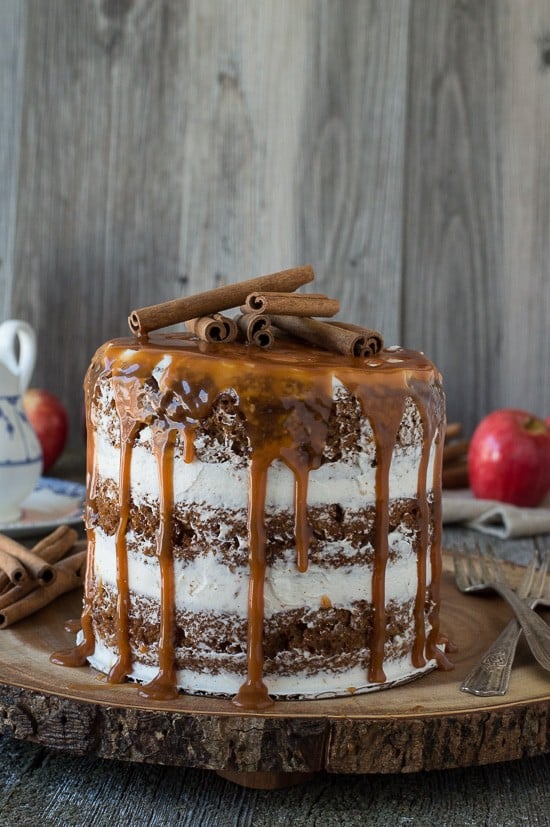 Each season needs a cake.

The last cake we shared was this awesome fresh cherry cake with drizzly chocolate ganache. I’d call that an end of summer cake. 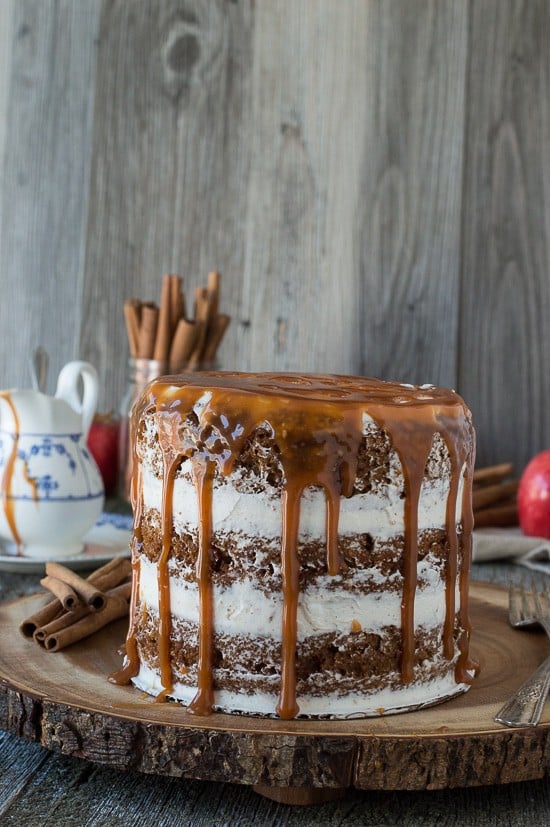 Out with one season and in with the other, so it’s time for a fall cake! This one is complete with classic fall flavors like apple, spice, and caramel. It’s perfectly moist and delicious and with our baking tips, you’ll be able to make this apple spice cake in your kitchen!

The apple spice cake recipe we’re sharing makes one 6 inch cake which I think can be great if you only want to make a 1 or 2 layer cake, instead of a mongo 3 layer cake! You could also make this cake in an 8 inch cake pan by doing 1 & 1/2 of the original recipe. So you have options! 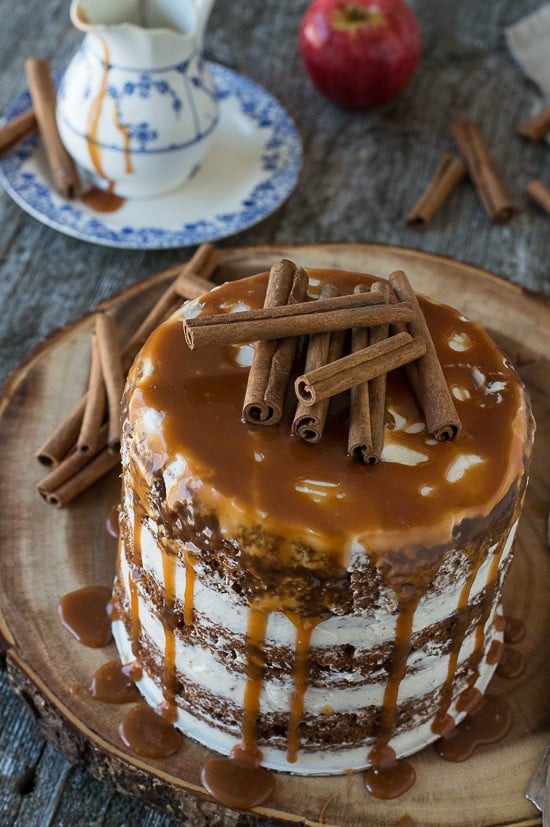 In between the apple spice cake layers is vanilla bean buttercream. I love Rodelle’s vanilla paste because I don’t have to buy vanilla beans and then scrape out the pods because they already did it for me and then jarred it. BOO YAH!

If you don’t have vanilla paste, you can use pods from a vanilla bean, or regular vanilla extract, although the flavor won’t be as prominent. Or skip the vanilla buttercream altogether and make cinnamon buttercream.

Buttercream is like a blank canvas and you can really turn it into any flavor you’d like. 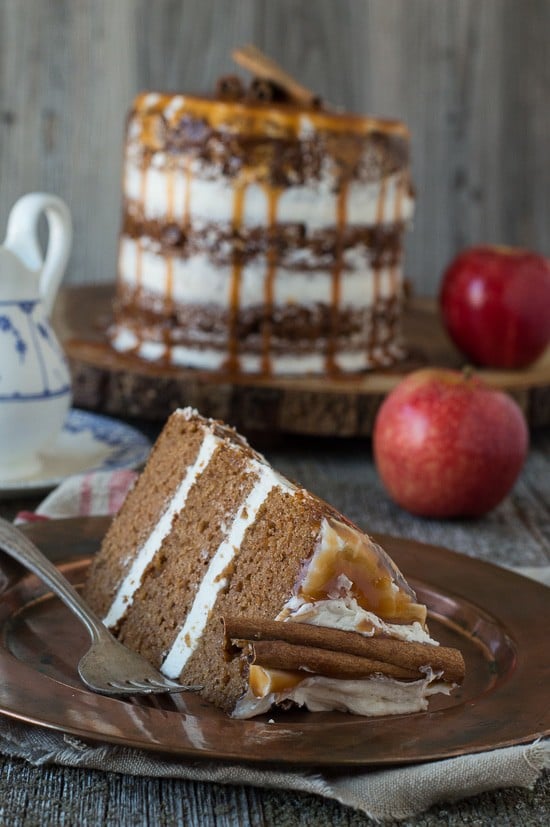 Technically this cake is a naked cake because you can see the cake layers since they aren’t completely covered with buttercream. Naked cakes are fun to make because 1. they can be assembled quickly 2. you don’t need a ton of buttercream 3. they don’t have to look perfect.. rustic is the style you’re going for! 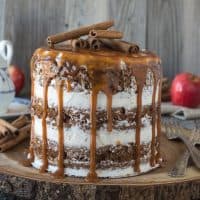 How to assemble the cake

The apple spice cake recipe will make one 6 inch cake. That way you can decide how many layers you want. You could also bake this cake in a 8 inch cake pan by doing 1 and 1/2 of the original recipe, the bake time would increase to 35-40 minutes. You could also turn this recipe into cupcakes. The original recipe might yield between 8-10 cupcakes, I’m not 100% sure because I haven’t tried it. I think the baking time would be around 15-17 minutes.
Cuisine: American
Course: Dessert
Author: Beth
Calories: 435kcal, Carbohydrates: 57g, Protein: 1g, Fat: 23g, Saturated Fat: 12g, Polyunsaturated Fat: 3g, Monounsaturated Fat: 7g, Trans Fat: 1g, Cholesterol: 57mg, Sodium: 276mg, Potassium: 39mg, Fiber: 1g, Sugar: 50g, Vitamin A: 538IU, Vitamin C: 1mg, Calcium: 32mg, Iron: 1mg
Share a Photo!Tag @beth_thefirstyear!