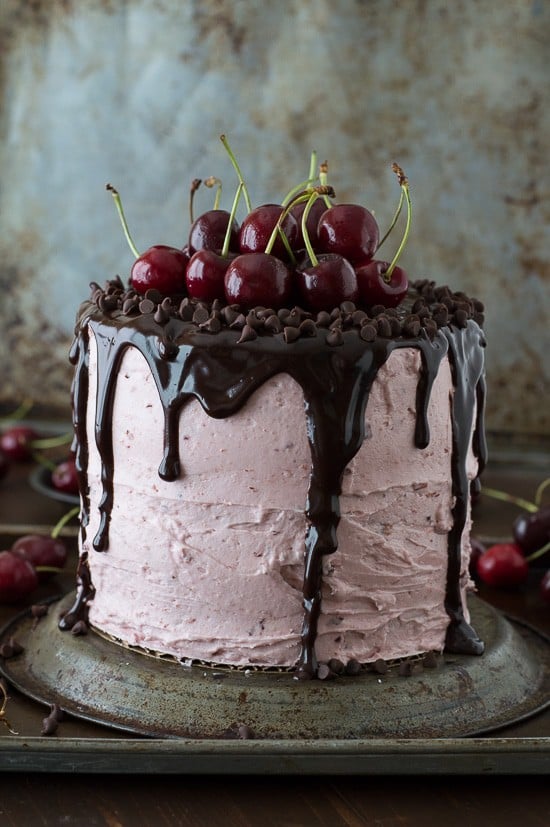 Cherries are my best friend and nemesis. Talk about being like Katy Perry. Get it? Haha.

They are my best friend when I’m just popping them in my mouth to eat and can spit out the pit.
They become my nemesis when I need to get the pit out with the cherry still somewhat intact. 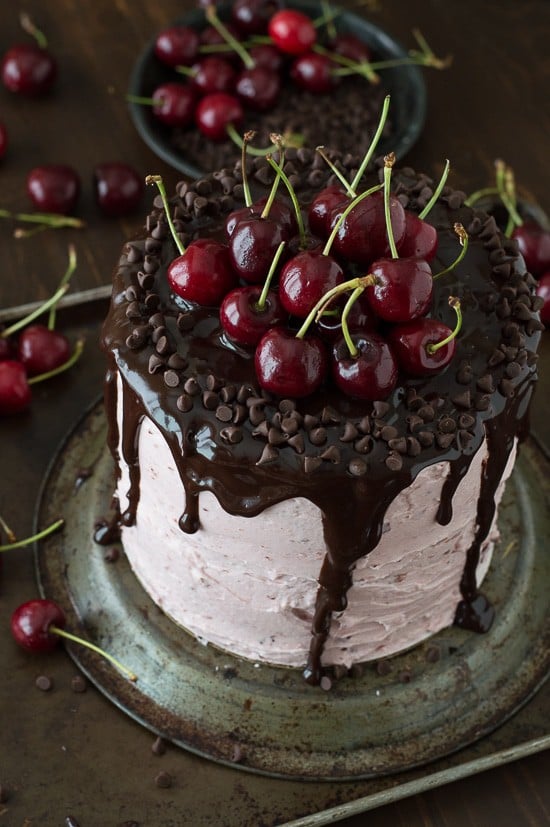 I know I could buy a cherry pitter, but it seems kind of silly because it’s going to sit unused for 9+ months out of the year. And I really don’t need another appliance taking up space in our tiny house. Plus I already have a prop addiction so I guess my fingers are losing this battle because they are just going to have to pit the cherries themselves.

I usually just cut the cherry in half and then dig out the pit from one of those sides. Ryan has a more creative technique. He likes to cut the cherry 4 times, cutting around the pit in a square or rectangle. 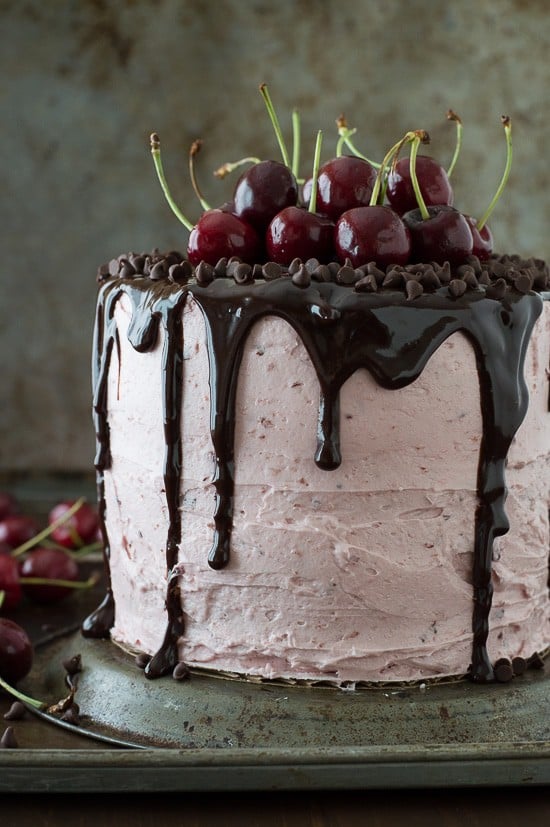 I was browsing youtube for creative ways to pit a cherry and there are a ton of ideas! I wish I would have used some of those techniques when I made this cake. I guess I thought there wasn’t another way to pit a cherry unless I had a cherry pitter. Here are some I found:

A paper clip – undo the paper clip so you have an s-shape and use the larger end to cut a circle around the pit, entering where the stem is.

Do you have any other unique ways to pit a cherry? I am definitely going to try the bottle and skewer technique next time! 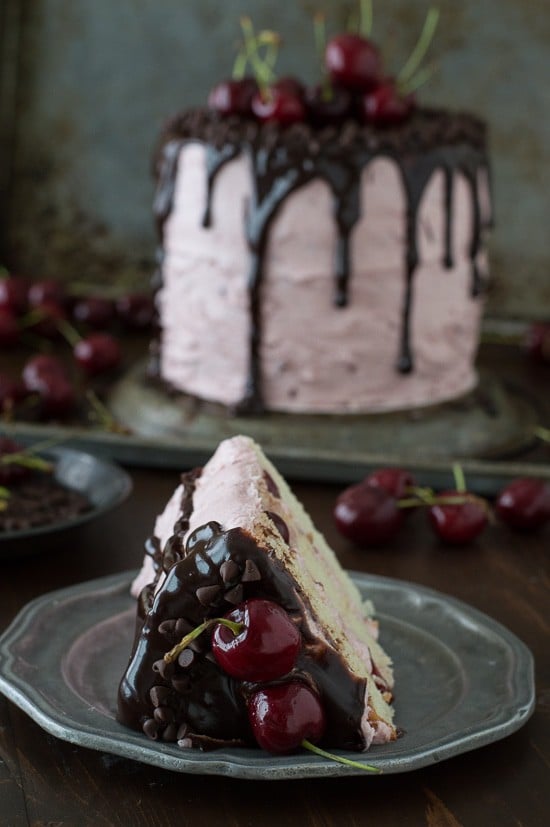 This cake can be broken down into 4 steps – bake, fill, frost and garnish.

After you bake the cake layers, which I HIGHLY recommend using a homemade bake even strip during the baking process, and after you whip up the buttercream, the next step is to fill the cake. 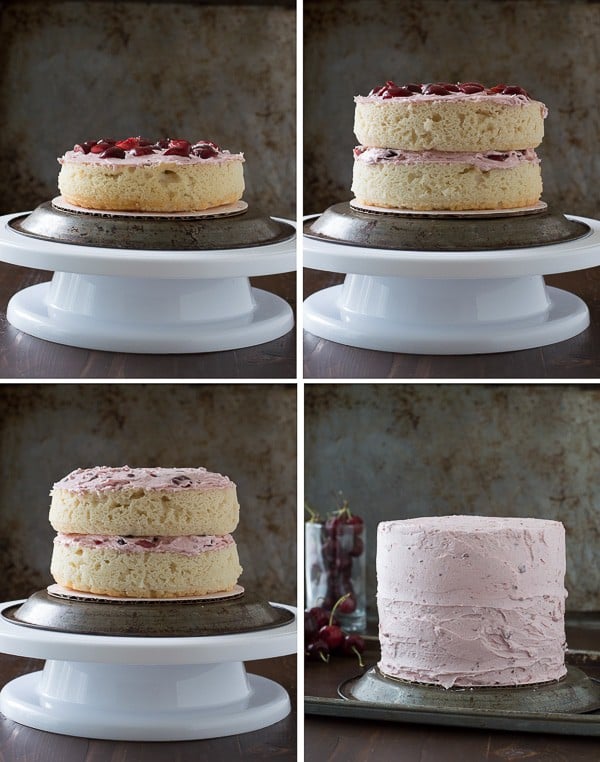 Take the first cake layer and place it on a cardboard cake circle that has been smeared with a little buttercream, this will help the cake stick to the circle and not move around. Add your desired amount of buttercream on top of the first layer. Add a handful of chopped cherries, spreading them around the cake, then carefully add a bit more buttercream, kind of helping to seal in the cherries. Adding more buttercream on top of the cherries will prevent cherry juice from leaking into the cake layers and dying the cake.

Onto the third step, frost the cake. Add an even coat of buttercream on the sides and top of the cake. Don’t be skimpy on the frosting here! After you frosted the cake, place it in the refrigerator for 20-30 minutes to chill. 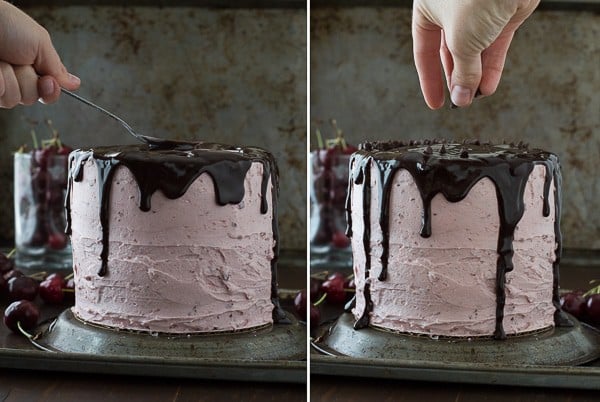 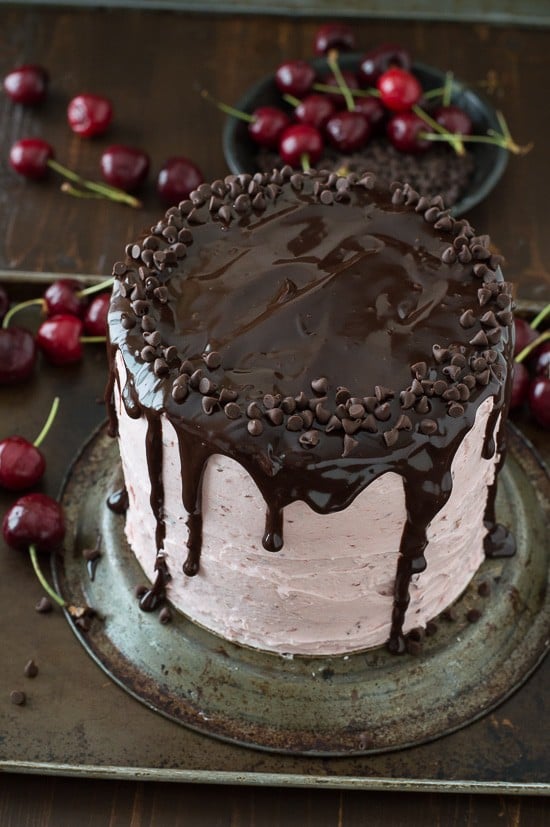 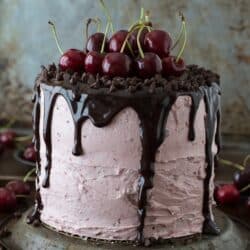 To top the cake

To assemble the cake

« Previous PostHow to bake a cake
Next Post »Turtle Cheesecake