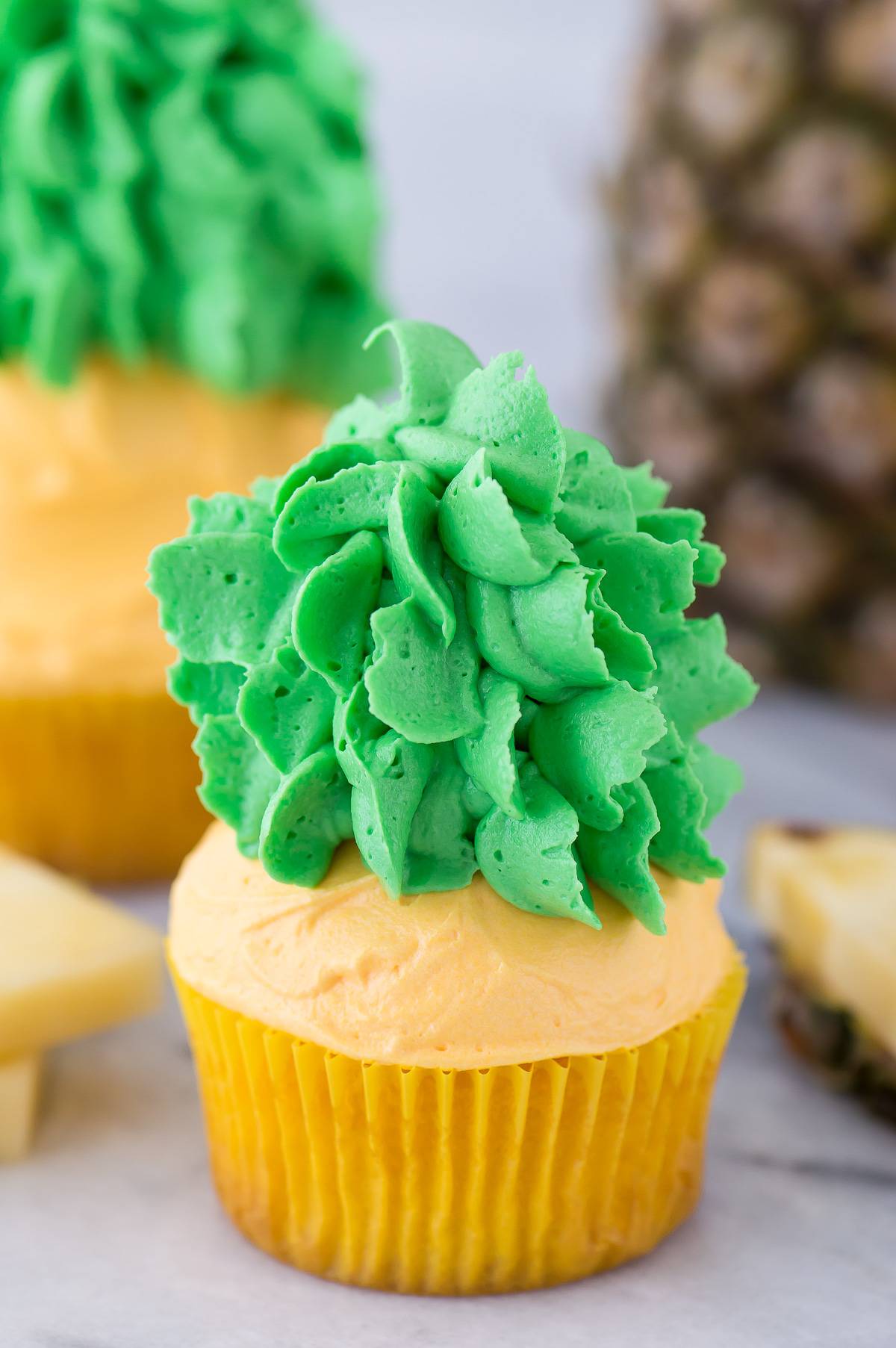 I’m not sure where the pineapple craze came from, but I love seeing all things pineapple! 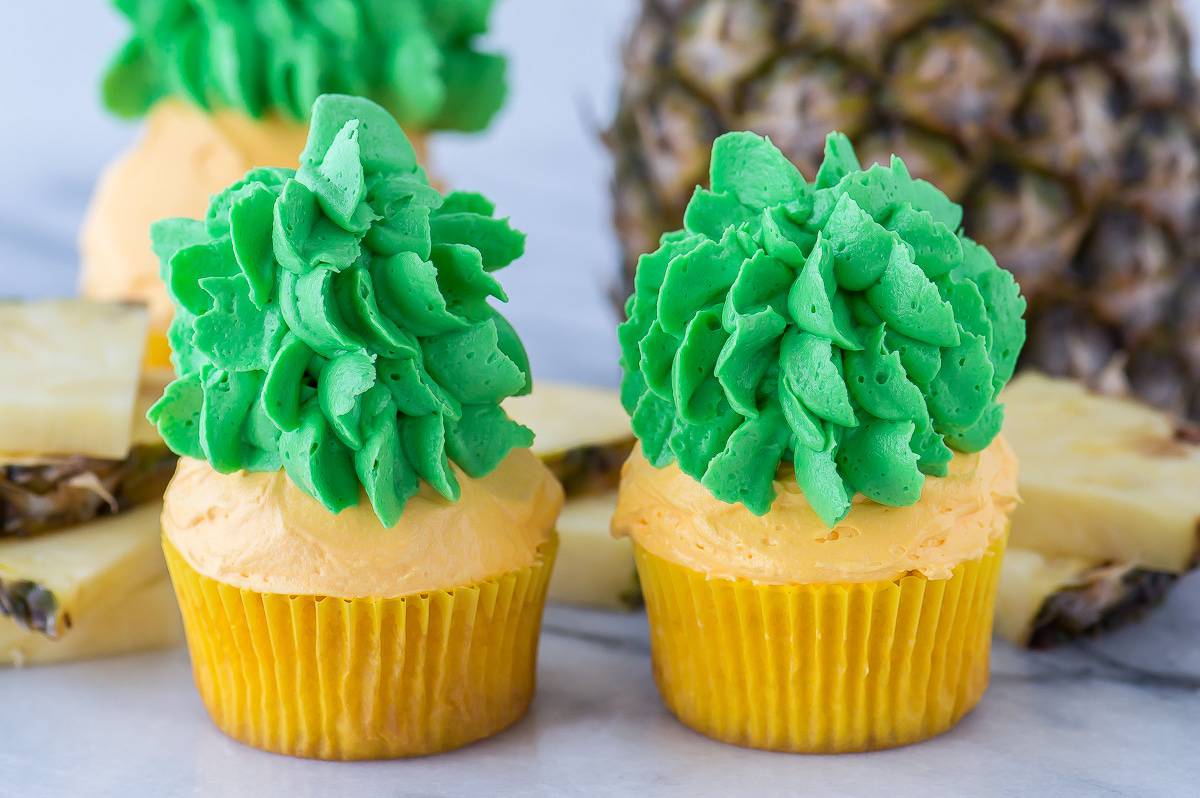 I actually own zero pineapple things, except for the occasional real pineapple. But my love for all things pineapple inspired these pineapple buttercream cupcakes!

A few weeks ago I shared a recipe for watermelon cupcakes – the frosting tastes like watermelon and they look like cute little watermelons! Those fun cupcakes inspired me to see if I could make cupcakes that looked like pineapples.

What do you think?! 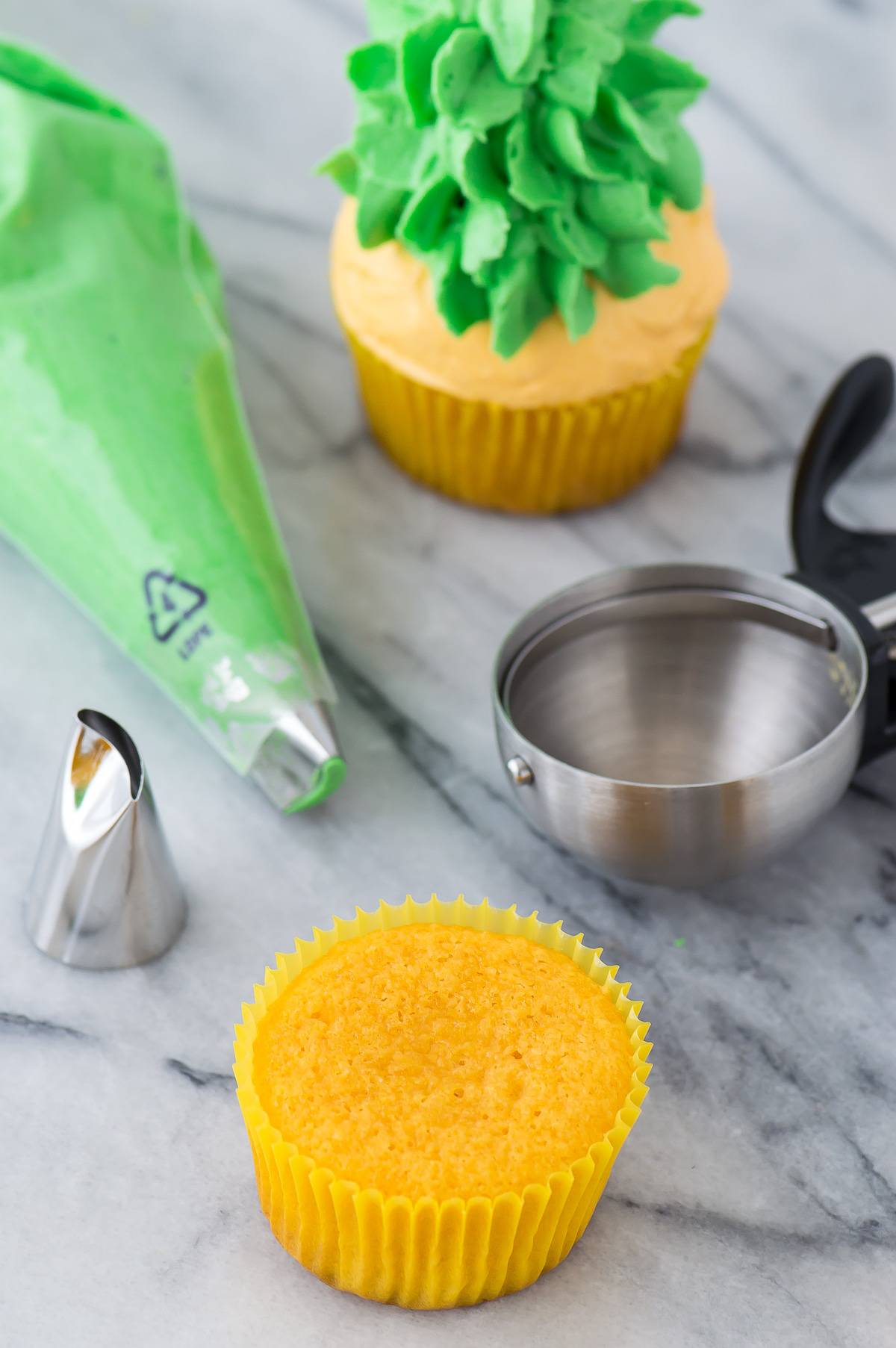 The leaves took a little practice but I boiled these cupcakes down to a few steps so you will definitely be able to recreate them in your kitchen!

To make pineapple cupcakes you’ll need..
-yellow cupcakes (below we have a recipe for white cake that uses yellow gel food coloring)
-yellow cupcake liners
-yellow and green buttercream
-a piping bag and a wilton #123 tip
-a large cookie scoop (and I mean large, the cookie scoop is about the same size as the cupcake) 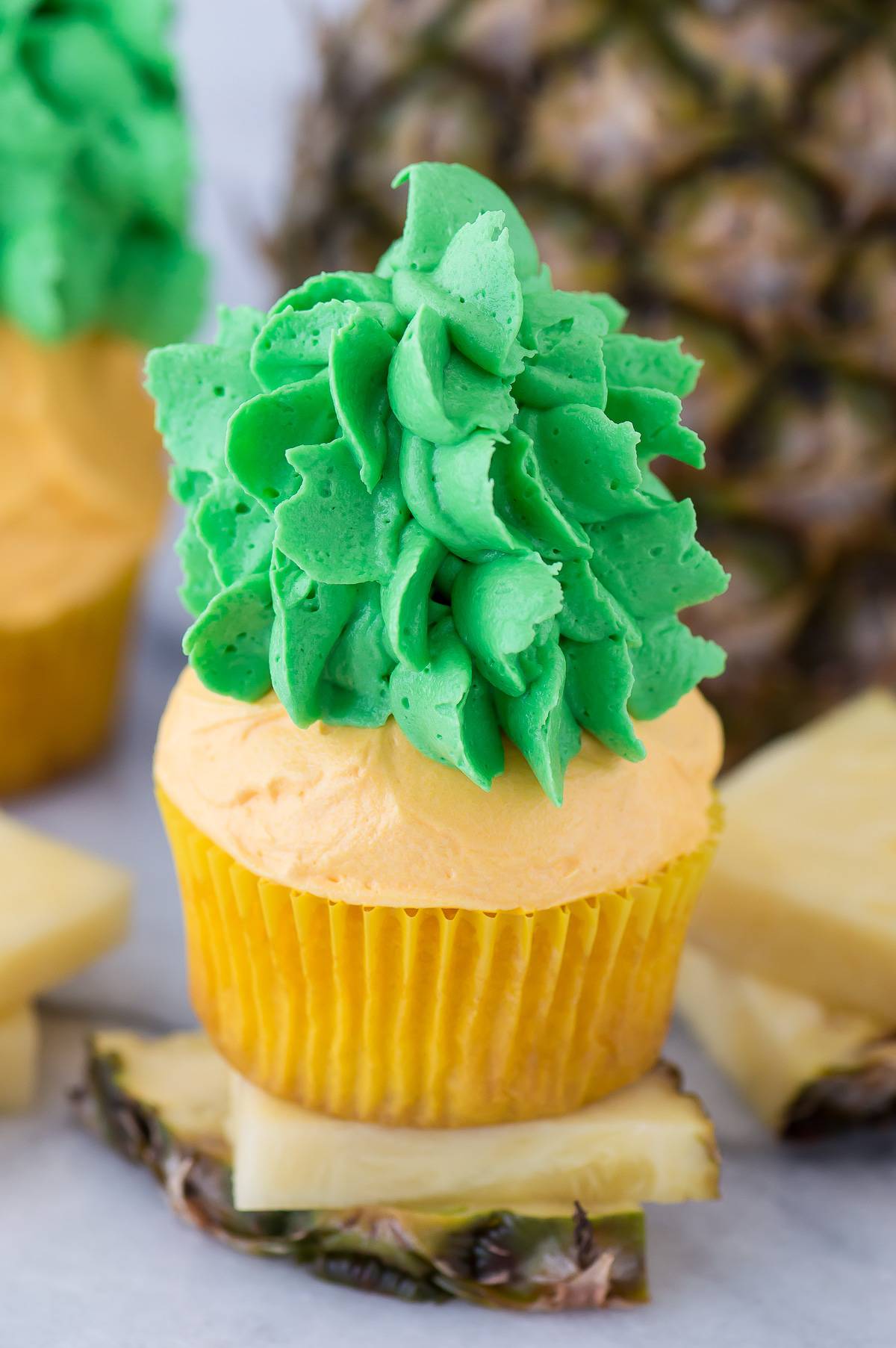 In a recipe like this where the buttercream is crucial to the decoration, you want to make sure you have more then enough. There is nothing worse than running out of buttercream after you’ve already dyed it because getting the same color buttercream is challenging!

And this recipe does require a lot of buttercream – that’s where the pineapple comes to live!

This is a great collage to reference when you are decorating the cupcakes. Written directions are below in the recipe section. 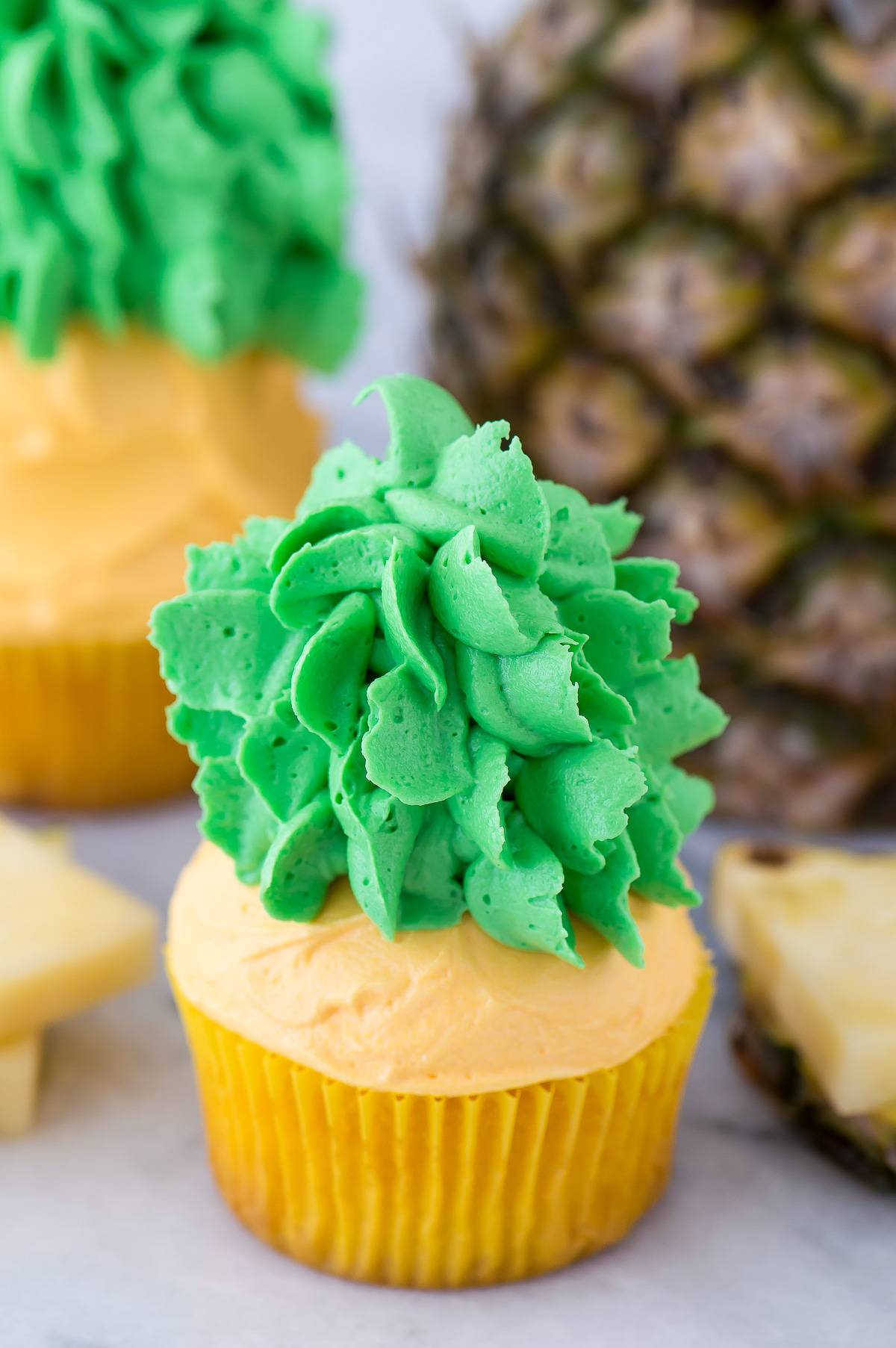 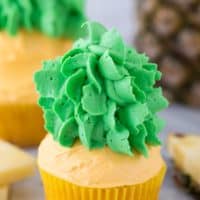