Octopus Cupcakes – These super cute googly eyed cupcakes are perfect for an under the sea party! Everyone is bound to love them! 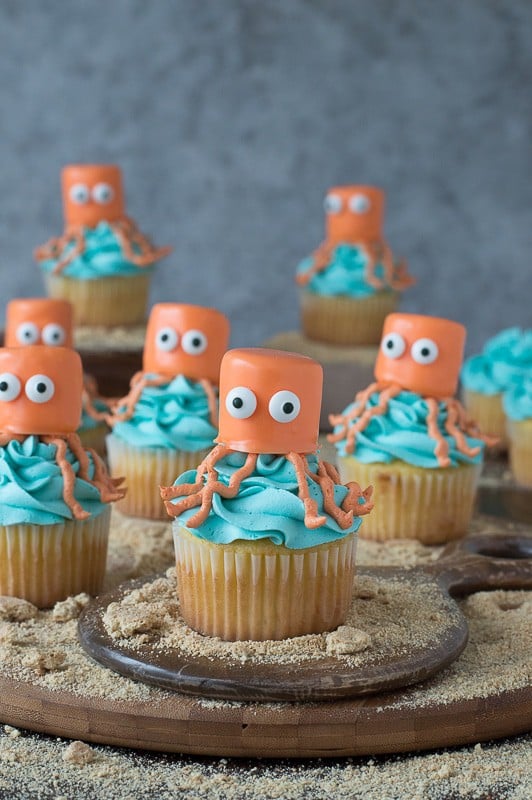 I am a sucker for theme parties. I love browsing through pictures of parties on Hostess with the Mostess, I find inspiration in all of their cute ideas. But looking at the themed parties they share on their blog also make me think.. “That kid had a nicer 4th birthday party than my wedding!” It’s a little ridiculous.

Everyone seems to throw themed parties now. And when Ryan and I have kids, I’m sure I’ll fall into the trap of wanting to put on these nice, pinterest-y styled parties. Except our kids will have to pick – do you want a ridiculously cute themed birthday party or do you want presents? And no kid I’ve ever met has declined presents. 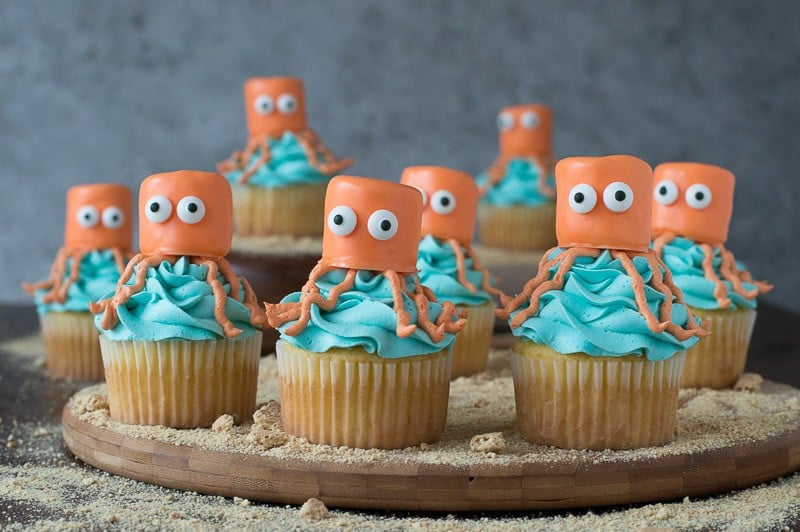 It certainly helps cut down on some of the cost of creating a themed birthday party if your a little crafty. And that is 100% my sister Katie. My creativity begins and ends with food, which is still a talent I suppose, but Katie is a craft genius.

I’m sure you know a craft genius. It’s like they have this magic ability to take paper and some paint, and turn it into something you think you’d only see in a movie set. 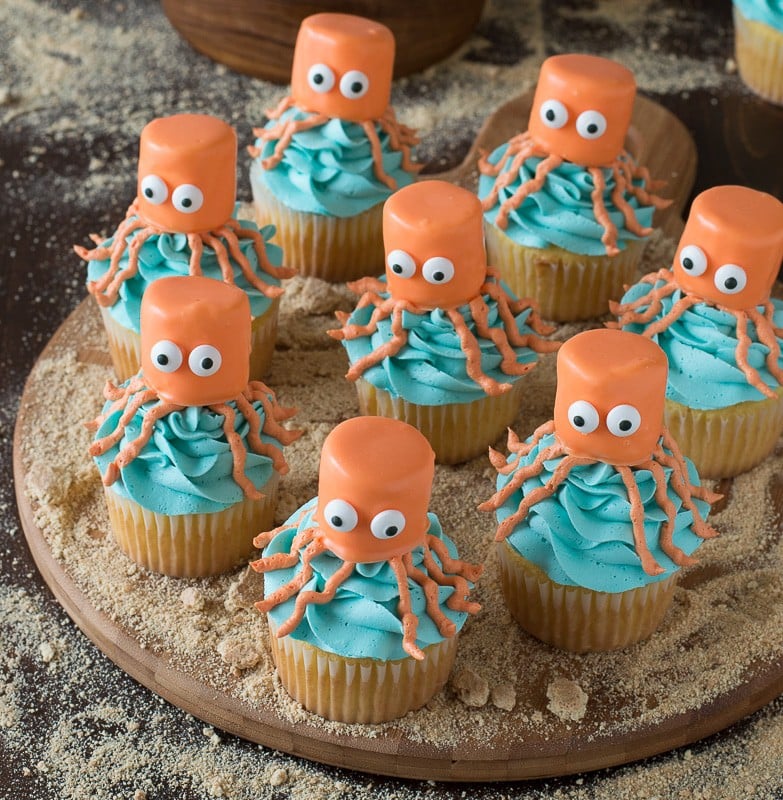 Katie and I would make a good team. While I’m getting the octopus cupcakes ready, she’d already have gigantic octopi hanging from the ceiling and an under the sea mural painted on the wall. I foresee a new family business in our future :) These octopus cupcakes were actually so fun to make!

If you’re planning an under the sea or ocean party, you’re in luck! This week we’ll be sharing three cute under the sea themed party recipes! All of our recipes are things you can recreate at home. No need to pay big bucks for cute themed treats when you can learn how to make them yourself! 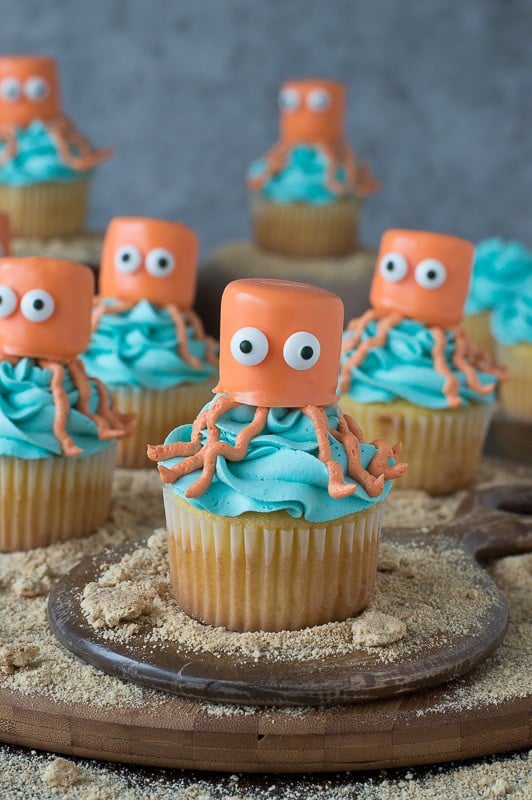 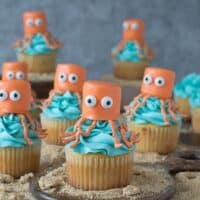 To make the octopus bodies

« Previous PostKiwi Cupcakes
Next Post »Under the Sea Graham Crackers