If you’ve been following my hormone journey on instagram, you know that things in terms of my hormones have been off for a while.

I stopped taking birth control June 2017 to give me body time to adjust and “normalize” before we started trying to get pregnant. I didn’t expect to still be on a journey of healing my hormones almost 2 years later.

For the first 6-12 months we were in the phase of giving my body more time to adjust to being off the pill. My OB wasn’t concerned about my lack of menstrual cycles or the fact that they were 80+ days apart.

We all thought my body needed more time.

Then I started to develop acne. At first, it was just a few pimples. It was annoying because I had clear skin while I was on the pill. I can remember being bummed and feeling self conscious about the few pimples I had.

But it just continued to get worse and worse for over the next 8 months. I remember feeling self conscious about going home for Christmas because my family haven’t seen me since my acne developed. In December I remember thinking, this is bad, I can’t imagine it getting any worse.

But it has. It has gotten worse and now I long for, in a weird way, to have the acne I had in December. Now I think that was mild.

I had my first round of blood tests and an ultrasound done in January. I have some characteristics of PCOS, but not many of the classic symptoms. The OB said “It might be PCOS – let’s start you on clomid.”

She didn’t even ask if we were trying to conceive. We were just at the very beginning of this journey and it seemed like she didn’t care about any of the symptoms I was having. I felt like we left with a “you might have PCOS but I can’t help you unless you want to get pregnant.” No additional blood work was ordered. No follow up appointment suggested.

The tears started coming. Thankfully Ryan was there with me, otherwise I would have left at that point. We had to push and ask who else we could see.

We left with a referral to an endocrinologist.. for 4 months later.

I also scheduled an appointment with the dermatologist, for 4 months later.

Nothing moves fast in the health care system.

I cut out dairy, because many people say cystic acne and dairy are related. I cut out soy. I was mindful of sugar. And I’m already gluten free.

We decided to visit a naturopath in the mean time, which was a bust. She told me me ovaries were weak. Surprise, that’s why I was there.

She wanted to sign me up for a program where I would see her every 2 weeks for 3 months – I live 2 hours away. She told me that phone appointments would be twice as expensive as an in office appointment. We didn’t even know what this program would look like, because she said she wouldn’t change much about my diet.

It wasn’t a good match for us so we decided to not move forward with that.

Time crept by, and we finally had our first appointment with the endocrinologist. He was refreshing. He cared about figuring out what’s going on. He ordered additional blood work – I am really working through my fear of having blood drawn during this process. He said PCOS is a diagnosis based on exclusion. Meaning, you test for other things, and if I don’t have those, then what’s going on could be caused by PCOS.

You want to rule out other causes first, since PCOS is a spectrum it can be challenging to diagnose.

We met again to discuss my labs. Based on my blood work, I have some levels that are consistent with PCOS (high testosterone, high androgens, elevated prolactin) and others that aren’t (no insulin resistance, not overweight, no cysts on my ovaries). He diagnosed me with non-classic PCOS.

Then there is the possibility of infertility. Some women with PCOS have infertility and others don’t. It’s scary to think that I am already at risk for infertility and miscarriage because of having high testosterone and TSH. What are the treatments for this? Medications that I can’t be on when trying to get pregnant.

It kind of seems like no one knows what to do with me since we’re wanting to start trying in the near future.

I wish I had more answers. I wish I had someone to advise me on what to do. It’s been hard because you really have to fight for yourself to see the right doctor. You really have to push and say “this doesn’t feel normal” and still at times I was met with “you’re fine, you’re in the upper range of normal, but still normal.”

But what I’m going through isn’t normal. My body is giving all kinds of signs that something isn’t normal. Irregular cycles and bleeding, cystic acne, hair growth, painful intercourse.

So this is where we are at.

We’re looking into other options, like seeing a functional doctor to look into taking a few additional supplements to see if those can help lower some of my high levels.

What’s God been teaching me through this?

Honestly, I feel like I am not walking this trial well. I have been trying everything in my power to fix it. To fix my acne. To fix my hormones. I spend too much time on google looking for answers, hoping I’m going to find something to help me.

I’m still at the place where I haven’t fully accepted my PCOS diagnosis. But I do know that God has given me a platform to share my story (and his story) and be vulnerable. He will use my story for good. So I hold onto that and look to him for courage as I share what I’m walking through with you.

4 years ago when I was walking through debilitating anxiety, the one thing that helped me was sharing my story with other people and finding that others were experiencing similar things. I found that I wasn’t alone and it gave me strength.

So I’m doing the same thing. I’m being vulnerable and sharing what I’m walking through, in hopes of finding community and encouragement but also with expectation that Jesus will use my trial to bring you comfort, so that you know you are not alone in what you’re experiencing.

If you are walking through a difficult, tear-soaked season, know I am walking one too. Know that Jesus is walking with you. And we both can be praying for the other, praying that God will make something good out of something that doesn’t seem good.

God doesn’t expect us to handle this. He wants us to hand this over to him. 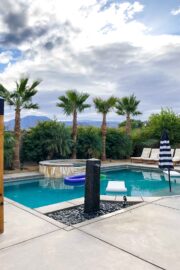 Out of the Kitchen February 2020 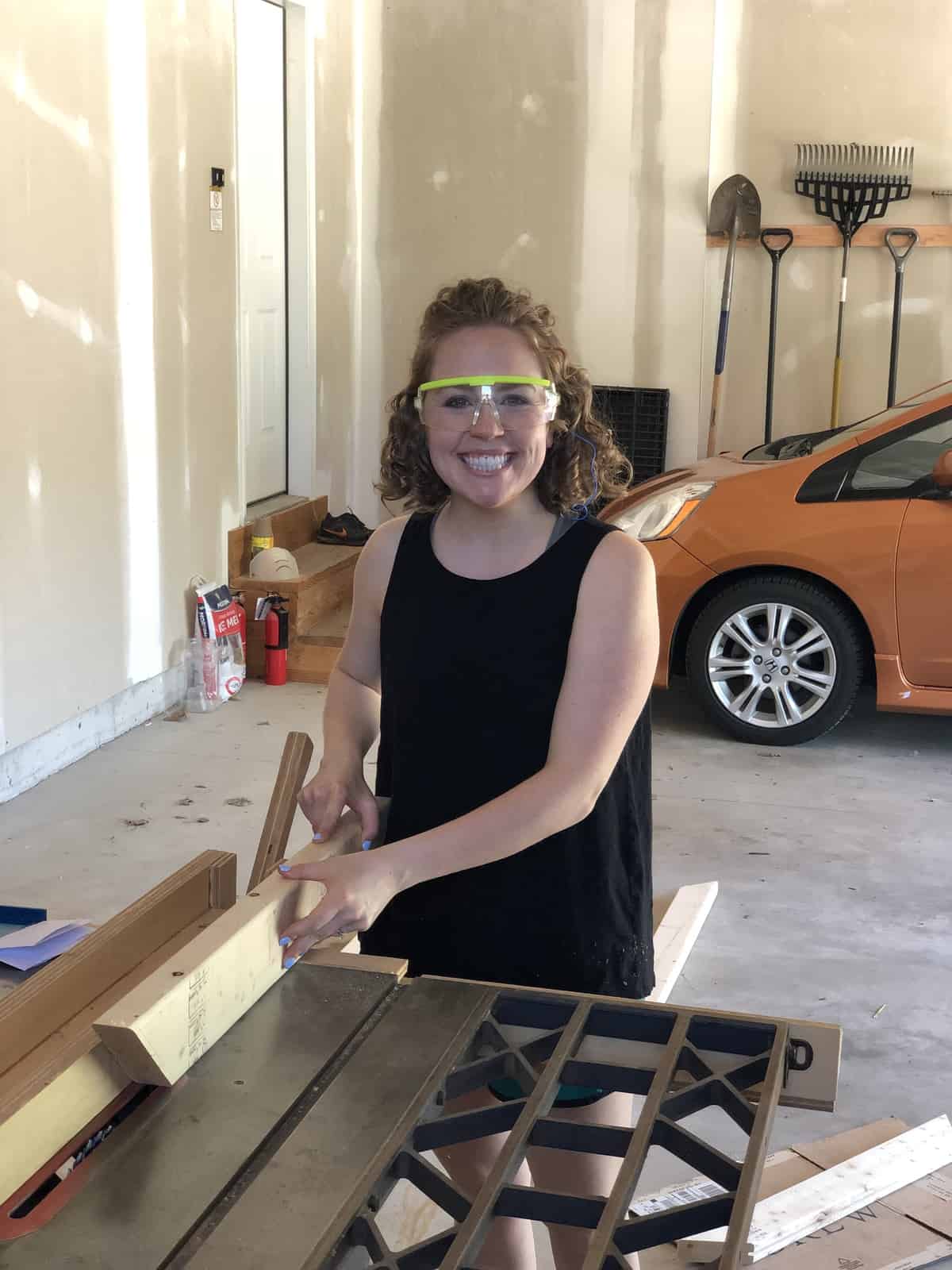 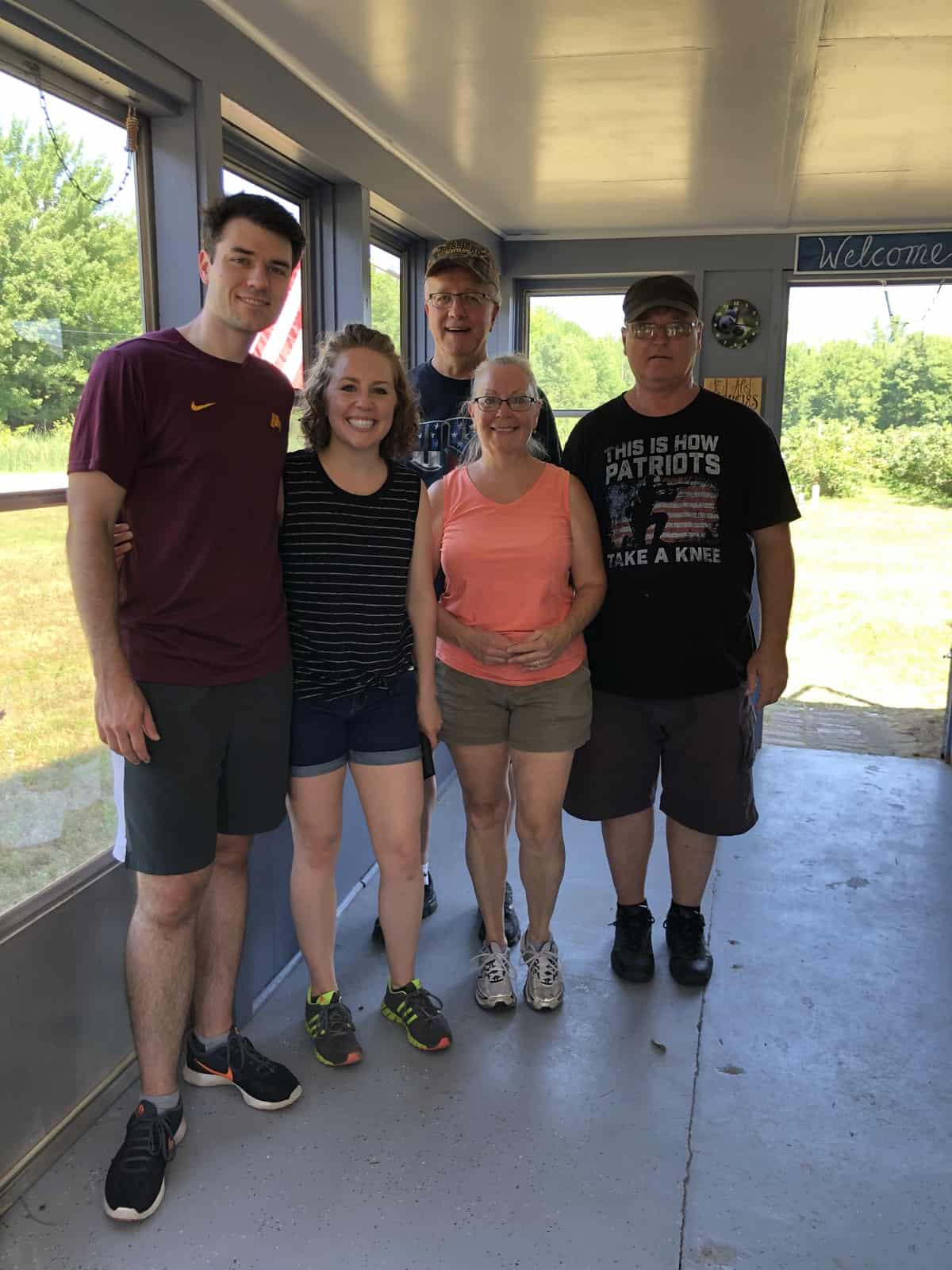