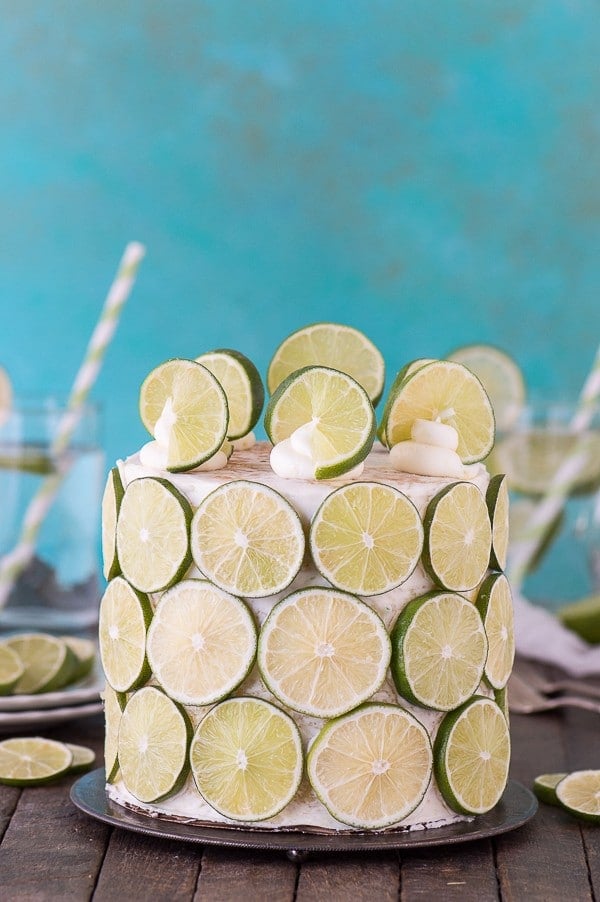 This cake recipe has been brewing in my head since the fall. That’s a long time to wait, but I didn’t think anyone would really want a coconut lime cake in the middle of October, or January, but the season is finally here! 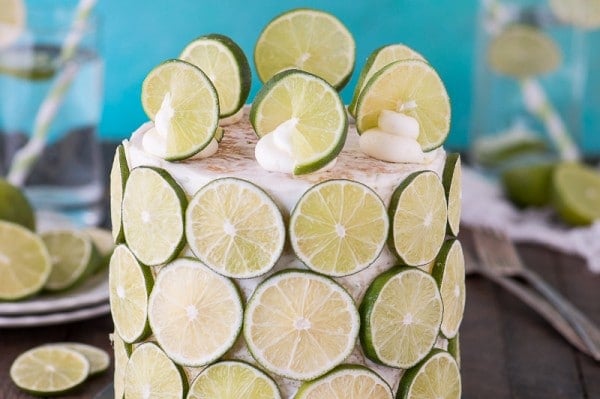 I’ve been dying to cover a cake in limes or lemons!

In my head this concept sounded so fun – here’s a look into Beth’s thought closet, “OH! I want to make a cake that’s covered in lime slices! That is going to be so cool! … I wonder how I’ll get the limes to stick to the cake.. I’ll worry about that when I actually make the cake because I’m still going to make it, it’s going to be so fun!”

So thought Beth left the problem of figuring out how to attach the limes to the cake to real Beth. When the day came, it was like “Okay.. I have a 4 layer coconut cake covered in lime buttercream and now how do I put the limes on the cake?!” 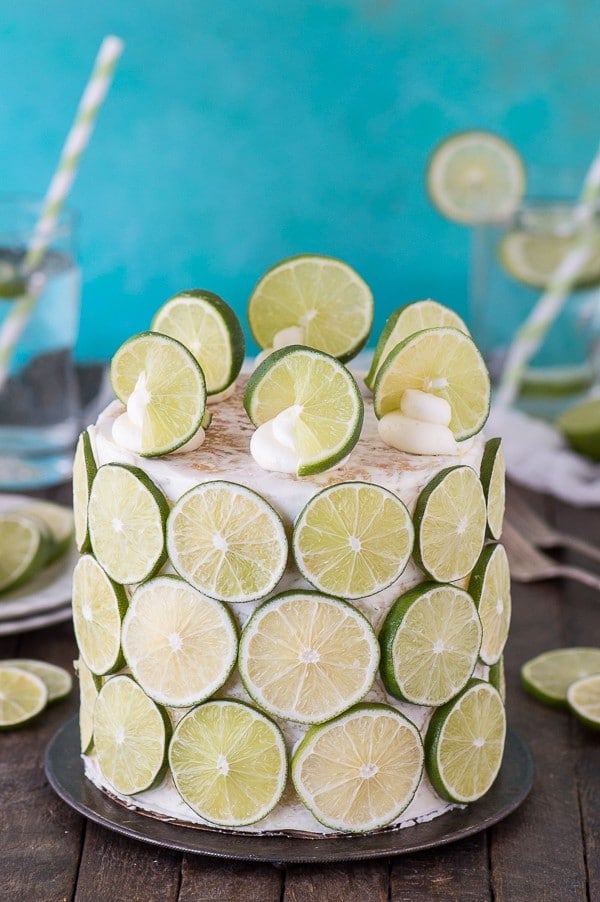 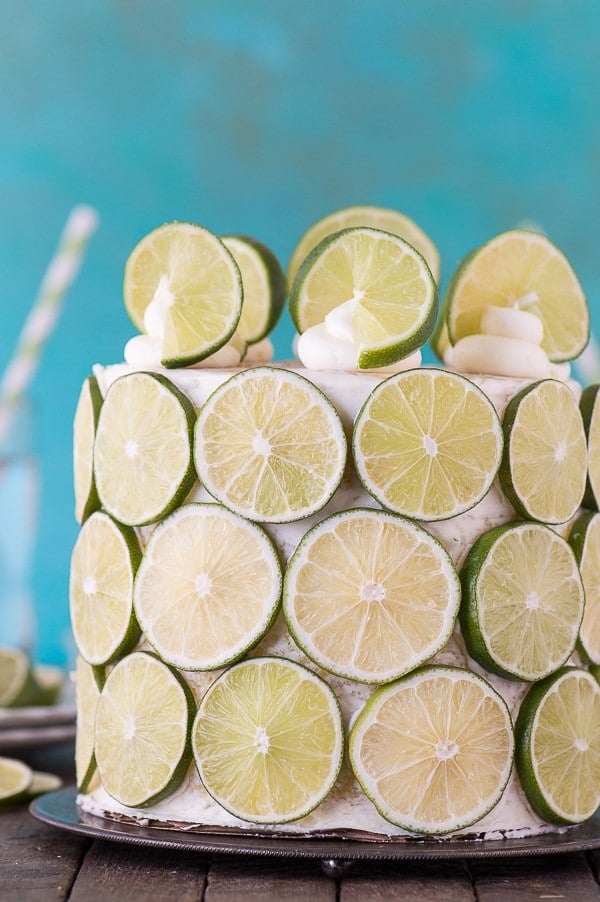 I knew that the buttercream would need to be chilled and set, otherwise the juice from the limes combined with room temperature buttercream would cause them to slide down the cake. Step one – chill the cake. I chilled it overnight. If you’re making the cake and serving it on the same day, chill the cake in the fridge for as long as you can and add the limes before serving.

So #1 – chill the cake. But there’s a second technique – remove the excess juice from the limes. I sliced 5-7 limes, placed them on a paper towel then laid another paper towel on top of them. Since I was going to be serving the cake the next day, I actually put the limes on the paper towels in the fridge overnight. The next day, the limes were easy to work with because they weren’t all juicy! 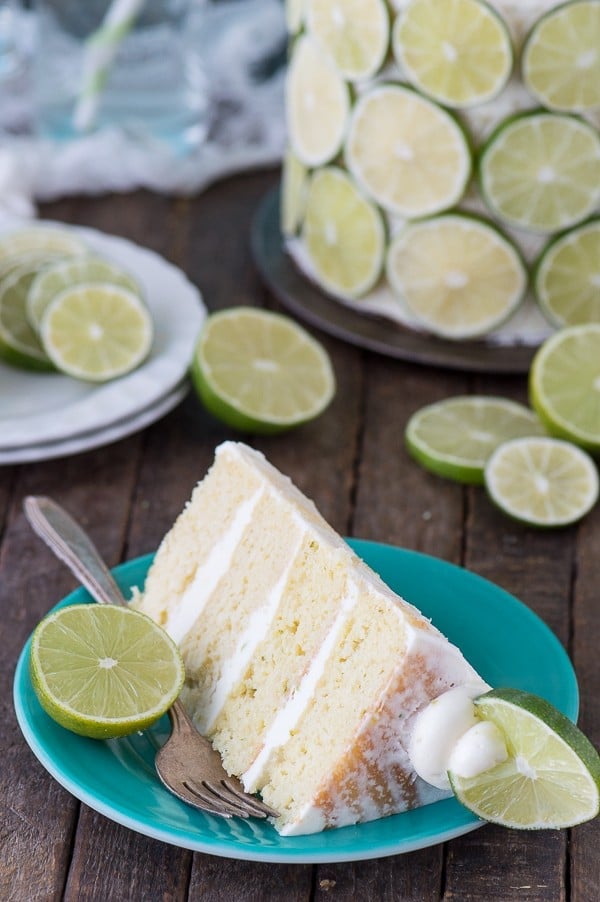 To get the limes to stick to the cake, add a little bit of buttercream to one side of the lime and then gently push the lime (buttercream side facing the cake) onto the cake. 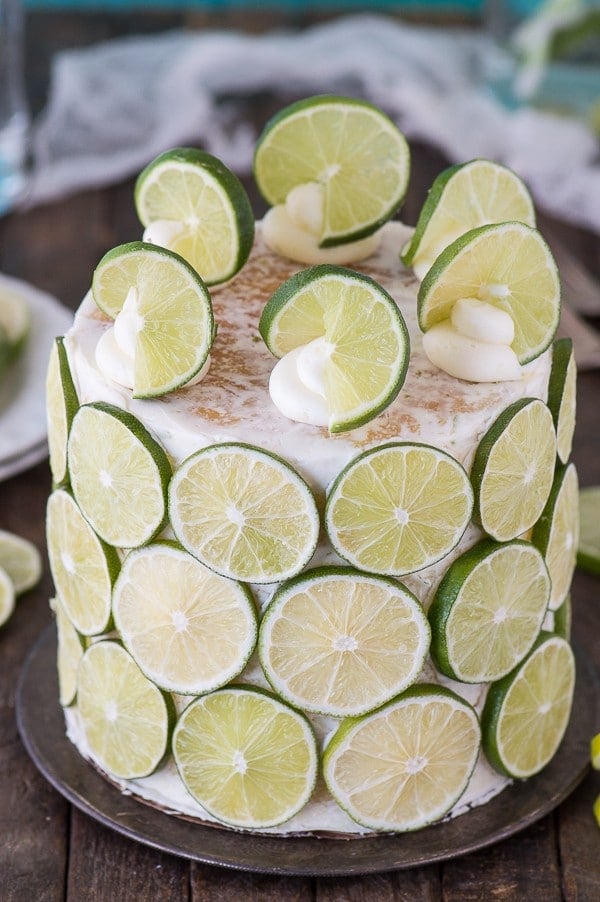 I choose to frost this cake in the “naked cake” style. That means that there is little to no frosting on the outside of the cake. I placed frosting all around the cake, then used a icing smoother to remove 90% of the buttercream. The cake is lightly frosted, meaning you can see the actual cake layers.

You could definitely choose to frost the cake in a good layer of lime buttercream instead of doing the naked cake style. 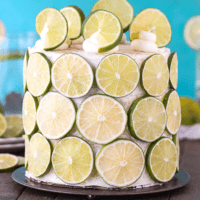 How to assemble the cake

« Previous PostOut of the Kitchen February 2016
Next Post »Rainbow Popsicles